I will admit when I'm asked what I enjoy reading, my typical response is “science-fiction, fantasy, regency romance, street-lit, and quirky fiction novels.” I rarely mention the topic I'm about to discuss because it usually requires an explanation, which is subsequently followed by snickers—but since it's #FLPNoShameNovember, I'm prepared to share.

You ever read a novel or watch a TV show—for example, the Harry Potter series or The X-Files—and think, “You know what? I think Harry should have fallen in love with Hermione,” or “Mulder and Scully should fully express that thinly veiled romantic love,” or “Man, I wish they would give character XYZ a back-story”? Well don't fear, gentle reader, all those questions are answered by other fans with fan fiction!

Fan fiction stories are by fans based on published works (e.g., books, movies, TV shows, comics, etc.) that use the characters, the universe, or anything related to the original work. The fans take their favorite (or least favorite) characters and create new adventures, retell the story from a different perspective, create “what-if” scenarios, or rewrite the ending. There are fan fiction stories for popular works such as Harry Potter, Twilight, Lord of the Rings, Supernatural, Doctor Who, Buffy the Vampire Slayer, CSI, Naruto, Yu-Gi-Oh, Death Note, Sailor Moon, Batman, Star Wars, Star Trek, Les Miserables, Pokemon, Halo, Assassin's Creed, even the Bible. Yes, in the world of fan fiction, anything goes!

The legality of fan fiction under U.S. copyright law can be a bit murky in regards to “fair use”, but most fan sites explicitly state disclaimers explaining they do not own copyright to the characters they are writing about and name the true copyright holder. Many popular authors, such as J.K. Rowling, Stepheie Meyer and Neil Gaiman do not have problems with fan fiction but some do (most notably George R. R. Martin) and usually the website hosting the story is asked to remove the story.

I was first introduced to fan fiction while I was reading the Sookie Stackhouse novels (True Blood TV series) and impatiently waiting for the next novel in the series to be released. To get my True Blood fix, I would visit one of the most popular fan fiction archives, fanfiction.net, to find new stories. My favorite was a story, "Let Love In" by Terri Botta, that takes place after the novel From Dead to Worse, in which Sookie and Eric finally have "a talk" about the time he had amnesia. It’s a fast paced, nicely written story that all fans of TeamEric will love. (Warning: The story is for mature readers.) I’ve also become a fan of slash fiction, which is a sub-genre of fan fiction that creates romantic relationships between characters of the same sex. In 2014, Tumblr presented a list of the most reblogged fictional relationships, and in the number one spot was "Destiel"—Dean Winchester and Castiel from Supernatural—with "Johnlock"—John Wastson and Sherlock Holmes from Sherlock coming in second. I’ve personally always been a fan of "Drarry"—Harry Potter and Draco Malfoy.

Sometimes a fan fiction story grows so popular it catches the attention of publishers, and those stories are refactored (with any identifying copyright material removed) and become published works. Here is a list of novels that started as fan fiction:

After by Anna Todd - started as One Direction fan fiction

Even some popular authors have written fan fiction. If you're interested, visit fanfiction.net to find stories about your favorite characters. Of course, you should be warned that the quality of writing of fan fiction is hit-or-miss, so be prepared to wade through the waters for a while, or read the reviews before committing to a story to get a feel if you would like it. If you don't like reading on your computer screen, there is a cool tool, FanFictionDownloader, that allows you to convert and download on your eReader.

Are you already a fan of fanfiction? Let me know some of your favorite stories and 'ships' (i.e., relationships) in the comments below! 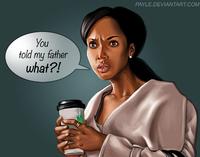 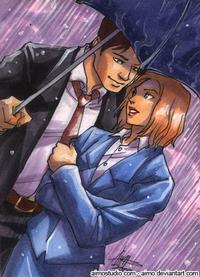