Top Ten Most Challenged Books of 2015

It is National Library Week! First sponsored in 1958, it is a time to celebrate the contributions of our nation's libraries and librarians and to promote library use and support. It is also a time for the library community to look at its role in our 21st-century society. To that end, today the American Library Association (ALA) has released their State of America’s Libraries Report.

Libraries can open up a diverse world of books and programs for readers of all ages—but sometimes some works within this world ruffle feathers. A notable part of the State of Libraries Report is the Top Ten Most Challenged Books of 2015, compiled from analysis by the ALA’s Office for Intellectual Freedom (OIF). Out of 275 challenges recorded by the OIF, the most challenged books of 2015 were:

2.  Fifty Shades of Grey by E. L. James
Reasons: Sexually explicit, unsuited to age group, and other
(“poorly written,” “concerns that a group of teenagers will want to try it”)

5.  The Curious Incident of the Dog in the Night-Time by Mark Haddon
Reasons: Offensive language, religious viewpoint, unsuited for age group, and other
(“profanity and atheism”)

The ALA website explains, “Books usually are challenged with the best intentions—to protect others, frequently children, from difficult ideas and information.” Often these challenges occur at the local level, with a group attempting to remove material from the school curriculum or library. A debate on the state level has been taking place in Virginia, over a bill that would allow parents to block their children from reading assigned books that contain sexually explicit material. The book at the center of the debate is Toni Morrison’s Pulitzer Prize-winning Beloved, a story of an escaped slave that includes scenes of sexual violence that white masters perpetrated against their black female slaves. The ALA has found that authors of color, as well as books with diverse content, are disproportionately challenged and banned.

Citing sources from John Stuart Mill to Supreme Court Justice William J. Brennan, Jr., the ALA holds a position promoting “the freedom to choose or the freedom to express one's opinions even if that opinion might be considered unorthodox or unpopular, and stresses the importance of ensuring the availability of those viewpoints to all who wish to read them.”

So read on, library lovers! 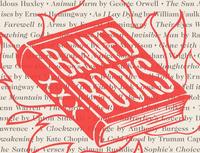 During National Library Week, the American Library Association releases the Top Ten Most Challenged Books of 2015. 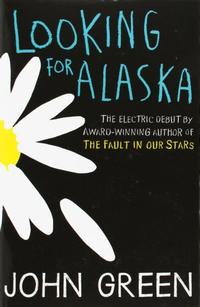 John Green's Looking for Alaska was the most-challenged book in 2015.

2015 Book Challenges Infographic
1 Comment | Add a Comment
This is crazy! Why in the world would anyone think of banning books in this day and age? If those who challenge these books find them uncomfortable, then they should stop reading them and let those who want to read them and not impose their wishes on others!
Anthony Ali - Philadelphia