The Free Library Celebrates Fitzgerald at 120!

F. Scott Fitzgerald is now considered one of the nation’s pre-eminent modern novelists and short story writers. During his lifetime, he was best known for his literary depictions of the American Dream in the 1920s, achieving early wealth and fame after publishing his first novel, This Side of Paradise. He and his wife Zelda came to represent the extravagant lifestyle of the Jazz Age. But by the time of his death, much of his work had failed to reach critical success, and copies of the now-classic The Great Gatsby sat on publishing-house shelves unsold. It was not until years later that his work gained wide recognition and that he gained praise as the voice of an era.

Today, he is regarded as a, if not THE, Great American Writer. In honor of what would have been his 120th birthday, the Free Library will host a day-long celebration on September 22, 2016—just two days before his actual birthday—at Parkway Central Library. This celebration will both honor and analyze his literary contributions and impact, highlighting the man and the trove of stories behind Gatsby.

One of those stories is the 1920 short story “Bernice Bobs Her Hair,” which chronicles the youthful excess that helped defined the Roaring Twenties. Fitzgerald at 120 will kick off with a brown-bag lunch ‘n’ literary salon in the Skyline Room at Parkway Central to discuss this exuberant story.

The day-long celebration will also include a screening of the 2013 film adaptation of The Great Gatsby; a panel discussion on Fitzgerald’s life and legacy; an intimate conversation with members of the Elevator Repair Service, who produce and perform the world-famous Gatz; and a community birthday toast with special guest Cecilia Ross, Fitzgerald’s granddaughter. All events are free and open to the public.

The Free Library of Philadelphia is proud to advance literacy, guide learning, and inspire curiosity through literary celebrations like the Year of the Bard, Pride and Prejudice at 200, Year of Dickens 2012, and now Fitzgerald at 120. 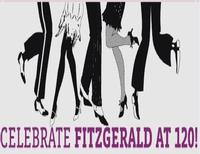