This Year's One Book, One Philadelphia Selection Is...

The 2017 One Book, One Philadelphia selection was announced this morning! We are very excited to share that for its 15th anniversary season, One Book will dive into Mark Haddon’s The Curious Incident of the Dog in the Night-Time, an instant bestseller that focuses on an eccentric and gifted young man who gains a deeper understanding of himself while solving a neighborhood mystery.

This morning’s announcement officially launched what we call the Reading Period, a three-month period during which Philadelphians can dig into the selection before city-wide One Book programming begins on January 25, 2017. So our task now is to READ.

Before tackling a new read, many readers turn to the back cover or to book reviews for a preview. Author John Irving, who visited Parkway Central Library last year as part of the Author Events Series, prefers not to give prospective readers a synopsis of his work or a what-you-are-about-to-read preview:

"As a novelist, I know something that works better than any synopsis of what a new novel is about. You would be better off reading the first few paragraphs of the first chapter, because that’s all the author wanted you to know about the book before you start reading it for yourself. Believe me: the author just wants you to begin reading."

So with that in mind, rather than a thematic preview or pre-reading food for thought, we are going to dive right in! Here is the opening of The Curious Incident (followed by some post-reading analysis):

2.  It was 7 minutes after midnight. The dog was lying on the grass in the middle of the lawn in front of Mrs. Shears's house. Its eyes were closed. It looked as if it was running on its side, the way dogs run when they think they are chasing a cat in a dream. But the dog was not running or asleep. The dog was dead. There was a garden fork sticking out of the dog. The points of the fork must have gone all the way through the dog and into the ground because the fork had not fallen over. I decided that the dog was probably killed with the fork because I could not see any other wounds in the dog and I do not think you would stick a garden fork into a dog after it had died for some other reason, like cancer, for example, or a road accident. But I could not be certain about this.

I went through Mrs. Shears's gate, closing it behind me. I walked onto her lawn and knelt beside the dog. I put my hand on the muzzle of the dog. It was still warm.

The dog was called Wellington. It belonged to Mrs. Shears, who was our friend. She lived on the opposite side of the road, two houses to the left.

Wellington was a poodle. Not one of the small poodles that have hairstyles but a big poodle. It had curly black fur, but when you got close you could see that the skin underneath the fur was a very pale yellow, like chicken.

I stroked Wellington and wondered who had killed him, and why.

3.  My name is Christopher John Francis Boone. I know all the countries of the world and their capital cities and every prime number up to 7,057.

What did you think?
Already, we get a great sense of our narrator—who we learn is named Christopher. His short, declarative statements tell us he is straight-forward, and he himself tells us of his deep well of knowledge. His descriptions are very matter-of-fact: he gives us the time, the placement of everything he sees, descriptions of those involved. Yet we can tell he is insightful—he uses logic to determine what happened to Wellington, the dog.

Also, notice that ‘2.’ is the first chapter. Christopher will reveal the reason soon enough (in Chapter 19), but for now it further shows us how unique he is.

He also poses the key question of the book: "I... wondered who had killed [Wellington], and why." 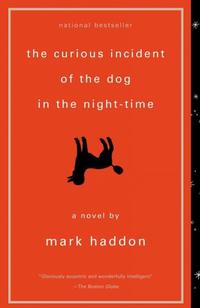 The 2017 One Book, One Philadelphia selection is Mark Haddon’s The Curious Incident of the Dog in the Night-Time 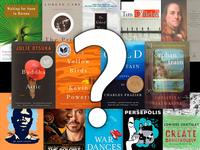