Did you know that December is Read A New Book Month? That’s right, the perfect excuse to dig into something you haven’t read before, especially as the temperatures continue to drop and the idea of leaving the house and the comfort of our cozy blankets seems less and less appealing.

To help you find something that’s new (to you), our trusty staff members have given their recommendations below. Take a look and get reading! 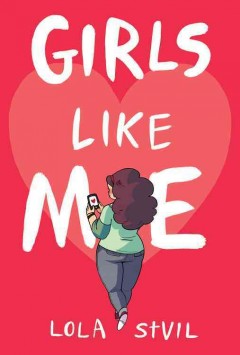 Girls Like Me by Lola StVil
"This teen novel, written in both verse and text messages, is all about friendships, first loves, and ignoring the haters! While pursuing a guy via text, Shay and her best friends, Boots and Dash, come to realize that being true to oneself is the most important thing of all. Oh yeah, and surviving high school!" - Mary W., Children’s Librarian 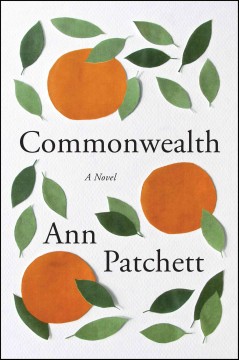 Commonwealth by Ann Patchett
"In a fifty-year story that begins with a bottle of gin from an uninvited christening party guest, Ann Patchett gracefully explores love and betrayal, guilt and responsibility, and the ownership of family stories. Her Author Event with Jacqueline Woodson (Another Brooklyn) was a highlight of the fall 2016 Author Event's season." - Laura K., Author Events 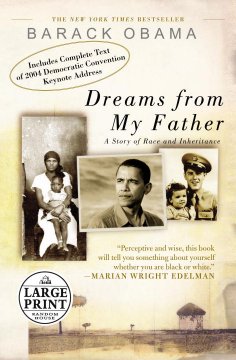 Dreams From My Father: A Story Of Race And Inheritance by Barack Obama
"I love reading this book over and over. And it seems new to me every time!  It takes you on a whirlwind trip around the world to places such as Kenya, Hawaii, Indonesia, Kansas, California, Chicago, and New York City, among others. The book provides insight to one of the most transformational persons in American and world history: our 44th President of the United States." - Ken M., Volunteer Services 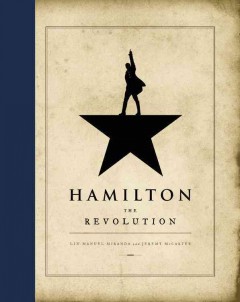 Hamilton: The Revolution by Lin-Manuel Miranda
"I listened to the audiobook via Overdrive. A really compelling read about how the groundbreaking musical came to fruition. Not a substitute for seeing the show, I’m sure, but cheaper than a ticket. Bonus for Law & Order fans is that the audiobook is read by Mariska Hargitay." - Ruth A., Corporate Relations 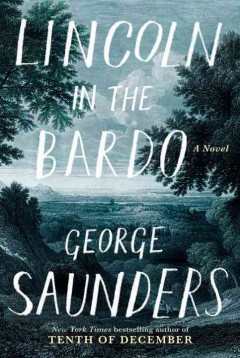 Lincoln in the Bardo by George Saunders
"The long awaited first novel from George Saunders, National Book Award finalist and arguably America’s greatest living writer of short fiction, arrives in February 2017 and does not disappoint. Lincoln in the Bardo is a fiercely inventive novel in both conception and execution. Funny, sad, joyful, and deeply human, the novel’s cast includes our 16th president and a haunt of wise-cracking ghosts." - Jamie W., Materials Management 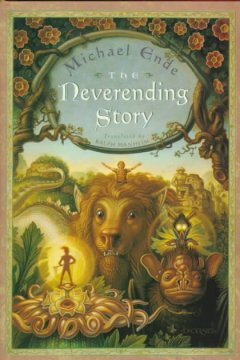 The Neverending Story by Michael Ende
"Originally printed in German in 1979, with the English translation by Ralph Manheim first published in 1983, The Neverending Story is a fantasy story-within-a-story about a lonely, sad boy named Bastian Balthazar Bux who gets lost in an otherworldly book he discovers while fleeing bullies. The Neverending Story has remained my favorite book since I first read it in 1990 and it loses none of its potency even after numerous readings. It's a captivating story that features a spectacular hero's arc and explores powerful themes of belief, loss, redemption, and love." - Katherine G., Grants 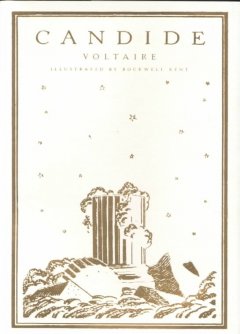 Candide by Voltaire
"This 257-year-old book feels like you are watching a wacky action-adventure film. Candide, The Optimist is a terribly sad yet funny tale of the misery of life. I suspect Voltaire had fun writing this, coming up with the most horrible situations and amazing tales which span numerous continents, and interacting with various historical figures." - Camille T., Web Development 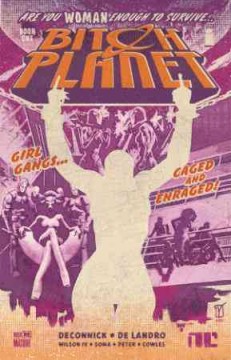 Bitch Planet, Volume 1: Extraordinary Machine by Kelly Sue DeConnick
"Any women in this near future patriarchal world who are caught 'learning' or 'being unhappy' are labeled as 'Non-Compliant' and sent to a jail, off planet, colloquially known as Bitch Planet. Fresh, subversive, and entirely NSFW due to extreme violence and full frontal nudity, this title pairs well with Atwood’s The Handmaid’s Tale or A.S. King’s Glory O’Brien’s History of the Future." - Rachel F., Teen & Young Adult Materials Selector

Speak by Laurie Halse Anderson
"Speak tackles issues of consent, identity, and resilience in a realistical manner while presenting a powerful narrative that all teens should read, especially boys. Anderson’s allusions to fairy tales, The Scarlet Letter and I Know Why the Caged Bird Sings, are masterfully done and may encourage readers to explore other books about personal identity and community." - Chris B., Children’s Literature Research Collection

New England White by Stephen L. Carter
"On holiday recently, I was dismayed to discover that the novel I’d brought along was one I had already read, albeit by a different title. However, I was saved by the many wonderful used bookstores in New Orleans and by my new acquisition, New England White. Long and winding, a family and university drama—both mystery and commentary on race, class, choice, and destiny—is seriously envy-provoking that the author, a professor of law at Yale, also attains such fictional heights." - Jenn D., Neighborhood Library Communications 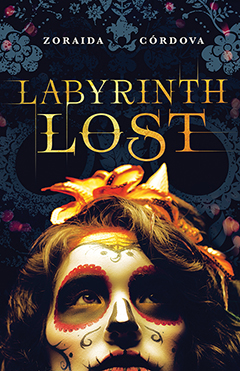 Labyrinth Lost by Zoraida Córdova
"Alejandra Mortiz is the most powerful type of bruja (witch), an encantrix, only she doesn’t want to be. During her Deathday ceremony, she uses an enchantment to block her powers, which accidentally sends her entire family to Los Lagos, the underworld. In this exciting paranormal adventure story, Alex must rescue her family with the help of a great cast of diverse characters." - Kristina L., Children’s Librarian 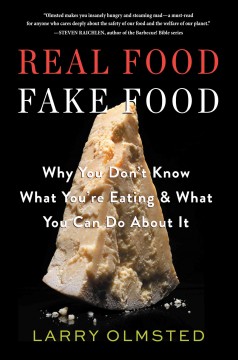 Real Food / Fake Food: Why You Don’t Know What You’re Eating and What You Can Do About It by Larry Olmsted
"Tragically, it turns out that most of what we know about food is a lie. Think you’ve had real olive oil? Author Larry Olmsted disagrees. He also contests that your Parmesan cheese probably contains wood pulp. Needless to say, I found this book both fascinating and terrifying. If you’re interested in learning about what you are actually eating, and how to make safer food choices, this is a must-read." - Caity R., Librarian, Business Resource & Innovation Center (BRIC)

Commonwealth by Ann Patchett
"I’m reading Ann Patchett’s new book Commonwealth, about a blended and dysfunctional family. During the summers, six children are thrown together, get into mischief which seems meaningless, but later appears to be life-changing. Singular but interconnected stories make this a fascinating read." - Sandy H., External Affairs

Swish: My Quest To Become The Gayest Person Ever by Joel Derfner
"Derfner, out of sheer contrariness in the beginning, spends his life aiming to be the gayest person ever, from flower arranging to go-go dancing and everything in between. This book was so funny, I couldn’t stop from laughing out loud while reading it on the bus. It’s also a fascinating journey into a specific gay culture and the exploration of identity." - Dena H., Librarian, Philbrick Hall 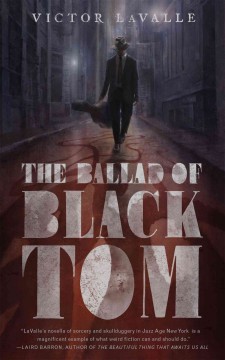 The Ballad of Black Tom by Victor LaValle
"This is a short and riveting retelling of The Horror of Red Hook by H.P. Lovecraft. I never got too far reading Lovecraft, but I was deeply engrossed in LaValle's version, which includes vivid descriptions of Harlem in its Renaissance, some very convincing eldritch horrors, and an unmistakeable callout to police violence today." - Sara D., The Rosenbach

Seraphina by Rachel Hartman
"This book had me at the cover alone! Inside, I discovered a rich and complex world in which dragons and humans live under a delicate truce. Seraphina, a gifted musician, is a new member of the court, but one with a deep secret. After the assassination of the sovereign prince, the threat of war grows as Seraphina gets pulled into the dangerous investigation of his death. This is a hugely rewarding read, recommended for old and new fans of fantasy." - Monica C., Children’s Materials 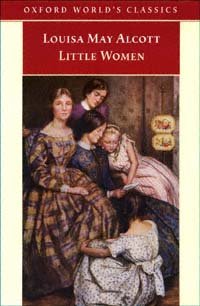 Little Women by Louisa May Alcott
"It’s one of my favorite books and I love reading it at this time of year. It’s such a nice book to curl up on the couch with and read on a chilly day, and it makes me think of all the things I’m grateful for." - Alicia T., The Rosenbach

One Summer, 1927 by Bill Bryson
"After running out of Bill Bryson travel memoirs to obsess over, I turned to his historical tome One Summer: America, 1927. Total treat! It’s just as sharp, witty, and fascinating as his travel writing, and you’ll find yourself plunked right in the middle of the action—waving at Charles Lindbergh, cheering for Babe Ruth, and watching as The Jazz Singer makes silver screen history. If you’ve got the winter blues like I do, consider a trip back to the summer of 1927… you won’t regret it!" - Alix G., External Affairs

A Book of Common Prayer by Joan Didion
"I prefer Didion’s fiction to her essays; the glossy emotional distance feels more appropriate to make believe. This is my favorite of her novels (maybe my favorite novel ever?), but it’s definitely not the kind of book where you’d want to be friends – or even polite neighbors – with the characters." - Caitlin G., Rare Book Department 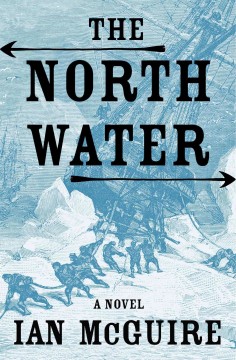 The North Water by Ian McGuire
"One of The New York Times Top 10 Books of 2016, The North Water is a riveting story of murder and duplicity on an artic whaling voyage. Reminiscent of Joseph Conrad’s Heart of Darkness." - Chris K., Neighborhood Library Services 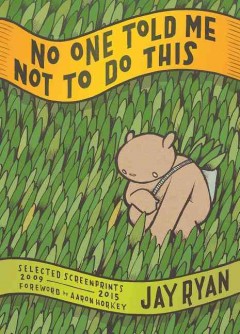 No One Told Me Not To Do This: Selected Screen Prints, 2009-2015 by Jay Ryan
"Jay Ryan is a master of the medium of screen printing. This new book is a collection of posters featuring various mysterious creatures and objects in imaginary (and not-so-imaginary) alternate universes. He has created posters for film screenings and festivals, bike races, and concerts for bands such as My Morning Jacket and Sonic Youth. I just want to dive deeper into those universes." - Karen L., Art Department

Heavenly Bodies: Cult Treasures & Spectacular Saints from the Catacombs by Paul Koudounaris
"I love this book because it is morbid, stunning, and fascinating. About the lavish adornment of saints’ bones, it is full of the most wonderful photographs of and information about these ostentatious relics." - Sarah M., English, Philosophy, and Religion (EPR) Department 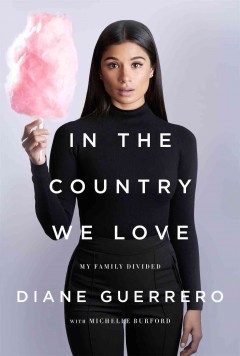 In the Country We Love: My Family Divided by Diane Guerrero
"Philadelphia is a sanctuary city (that is, undocumented immigrants will not be arrested solely because they’re violating federal immigration laws); unfortunately, Diane Guerrero’s family lived in Boston. In The Country We Love: My Family Divided tells actress Guerrero’s story about coming home from school one day to find her entire family had been deported. This book is extremely relevant in today’s political climate, offering readers an inside look at the heartbreaking realities of undocumented residents." - Dana G., Librarian, Fishtown Neighborhood Library 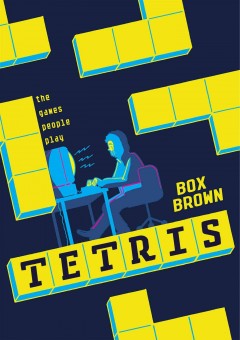 Tetris: The Games People Play by Box Brown
"One of my favorite books I read this year is about a video game released in 1984 called Tetris. You might say, 'So what, it’s just a simple puzzle game?', but the backstory to this international phenomenon plays out like a dramatic film, full of political intrigue, backroom business dealings, greed, ambition, art, and love. Box Brown’s simple yet bold three-color-pallete illustrations and engaging graphic novel storytelling style make this non-stop page turner as addictive as the puzzle game itself." - Peter SM, Web Editor

Pick a recommendation from above or browse our catalog for a new-to-you title to read today!

December is Read A New Book Month!
1 Comment | Add a Comment
The Selection By Kiera Cass " One of my favorite books this is the second or third time that I have read this book. Its always something new that pops out! Its such a nice book to curl up on the couch with and read.
Gladys H - New Jersey