While most media attention surrounding films in December is about which ones are vying for Oscar consideration, I always await the announcement of the latest additions to the National Film Registry. I'm constantly on the lookout for forgotten gems, overlooked oeuvres, or just new-to-me films; annual selections like these make great "to-watch" checklists that I can then add to an IMDb or Letterboxd account. Too many movies, never enough time!

25 films are selected each year showcasing the range and diversity of American film heritage to increase awareness for its preservation. Spanning the period 1903 to 1998, the films named to this year’s registry include Hollywood blockbusters, documentaries, silent movies, animation, shorts, independent, and experimental motion pictures. The 2016 selections bring the number of films in the registry to 700!

Some personal favs made the list of additions this year including The Decline of Western Civilization (slash and burn documentary of the early 80s L.A. punk scene), Point Blank (early adaptation of Richard Stark's stoic tough guy Parker character, starring equally stoic tough guy actor Lee Marvin), The Princess Bride (a fairy tale within a fairy tale, in the guise of a grandfather reading a story to his sick grandson—full of heroes, villains, fencing, fighting, giants, wizards, pirates, death, and true love), and Rushmore (the quirky tale of a teenage enfant terrible and his best friend, played by Bill Murray, who both fall in love with a prep school teacher while hijinks ensue). Films that I haven't watched yet and would like to see from this list include Atomic Cafe, the silent film version of 20,000 Leagues Under the Sea, and Paris Is Burning.

You can browse and check out the majority of this year's selected films from our catalog, while a few are also in the public domain and viewable via YouTube.

How many of this year's selected films have you seen? Which films do you think should be included in next year's selections? Let us know in the comments! 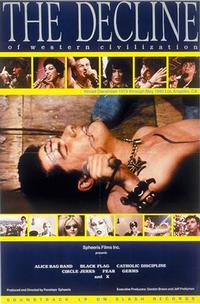 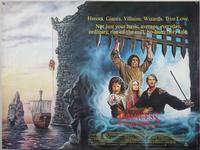 The Princess Bride UK theatrical poster
1 Comment | Add a Comment
Films that should be added, if they haven't already been: 1. Blade Runner 2. Cropsey 3. The Death of a President 4. The Cove 5. Gattica 6. Walmart: The High Cost of Low Prices 7. Live Nude Girls 8. A Certain Kind of Death 9. Bound 10. State of Grace
Morpheus - Philly