The Free Library is happy to host Philadelphia Performances for Autism (PPA) on Saturday, February 18 at 2:00 p.m. in Parkway Central Library's Children's Department.

Philadelphia Performances for Autism (PPA) is an interactive classical music-based concert series with a focused mission to provide free, high quality, autism-friendly, professional performances in traditional and alternative concert venues throughout the greater Philadelphia area. They offer an all-inclusive, supportive environment for families with children with Autism Spectrum Disorder to experience the power and joy of live music together, within and beyond the traditional concert hall.

Performances are made possible thanks to the generosity and support of the Tarisio Trust and the Free Library of Philadelphia.

We're thrilled to cross-list this program on our roster of One Book, One Philadelphia events surrounding The Curious Incident of the Dog in the Night-Time - a novel about an eccentric and gifted young man who struggles with Autism Spectrum Disorder. 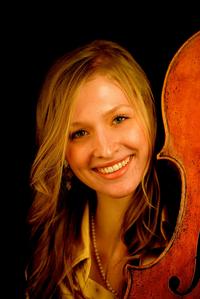