#OneBookWednesday: Stage vs. Page and Other Takeaways

Last week, the Drexel University Autism Support Program presented a panel discussion highlighting issues raised about autism in this year’s One Book, One Philadelphia selection, The Curious Incident of the Dog in the Night-Time.

The conversation soon turned to how the play adapted from the book (now playing at the Kimmel Center for the Performing Arts) is so very different than the book itself. In the play, one actor is responsible for interpreting the complex character of Christopher, and attending a play is a more social experience, while the book is a solitary experience and the reader brings his or her own interpretation to the characters. A fascinating interview conducted by Jane Pauley for CBS Sunday Morning was shown, which included interviews with students at the Hill Top Preparatory School in suburban Philadelphia and their reaction to the book (they loved it!) and to the play (mixed).

Some interesting statistics were also presented: one out of 68 children is on the Autism Spectrum in the U.S., with one of 42 of those children being male. The panel expressed concern that there is often too much generalization about individuals on the Spectrum, such as that they all wave hands or speak loudly and inappropriately. One panel member has Asperger’s Syndrome and resents being lumped into the Spectrum. Placing diagnostic labels is a major problem since there are so many variations of individuals on the Spectrum. The panel expressed that the specific diagnosis helps with developing a treatment plan, but can also lead to stereotyping.

In general, the panel was pleased with the choice of the book, as it opened opportunities for this kind of discussion. As to Christopher Boone’s future, they all felt it was bright, especially if he had support so that he could maximize his many skills. One panelist commented how fortunate Christopher was to be white and living in England, and that if an African American youth slapped a policeman in the United States, the outcome could potentially have been much different. Social mistakes can not only be awkward, but often, very dangerous.

Gerard Hoefling, Ph.D., heads the Drexel Autism Support Program, and commented, "Neurodiversity is the next civil rights movement." To that end, it was wonderful to see how our One Book selection brought about this important conversation. 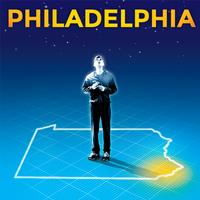 The stage adaptation of "The Curious Incident of the Dog in the Night-Time", now playing at the Kimmel Center for the Performing Arts.
Add a Comment