Everyone has always been so hot and bothered for those Greek and Roman gods and goddesses. Is it the togas? Is it young Harry Hamlin in that total camp classic Clash of the Titans movie from the 80s? Who knows, but thanks to Neil Gaiman’s Norse Mythology that came out in February, the gods of the north are getting their moment to shine.

In the first installment of Magnus Chase and the Gods of Asgard, The Sword of Summer, we meet Magnus, who learns that he is the son of a Norse god. And the gods of Asgard are preparing for war. So to prevent Ragnarok (during which the cosmos is to be destroyed and subsequently re-created), Magnus must search the Nine Worlds for a weapon that has been lost for thousands of years. Obviously.

Freya, the once powerful Norse goddess of love, is now a teenage girl hiding out in Florida. With a new dark power threatening the world, it’s time for Freya to come out of retirement and kick some bad guy behind. This book has been described as Buffy the Vampire Slayer meets Neil Gaiman’s American Gods – I mean, does it get better than that?

Triple Moon gives us twin witches (and Norse goddesses) Molly and Mardi Overbrook, who are sent to North Hampton for the summer to learn how to control their powers before the White Council exiles them to Limbo. Plus, there are super cute boys and some family bonding. Triple Moon – more like double trouble, am I right?

If you are still on the hold list for the Neil Gaiman title you can check out some other super amazing stories on our Norse Myth retellings list.

Know of others?  Tell us in the comments!

The Sword of Summer by Rick Riordan 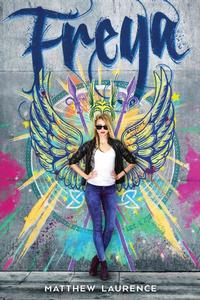