May is Asian American and Pacific Islander Heritage Month, so I thought I would share some exciting developments in the world of Asian American superheroes! 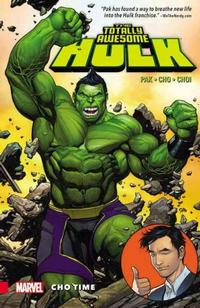 There's a brand new Hulk in town, and his name is Amadeus Cho! Get ready for gamma-fueled entertainment as the newly-empowered kid genius decides he's gonna be the best Hulk ever—and just possibly brings the entire world crashing down in chaos! Cho is taking on the biggest monsters in the Marvel Universe, but can he handle the danger posed by Lady Hellbender? What will She-Hulk and Spider-Man make of this very different Green Goliath? What will the Enchantress make him do? And what exactly happened to Bruce Banner? With monster mayhem in the Mighty Marvel Manner, this is better than incredible—it's totally awesome! 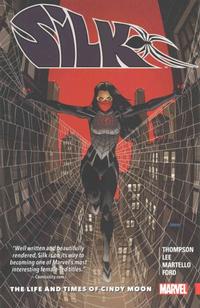 Cindy Moon exploded out of her bunker and into the Marvel Universe when we first learned that she had been bitten by the same radioactive spider from the first arc of Amazing Spider-Man. She then went on to save Peter Parker's life (more than once!) and traverse the Spider-Verse alongside Spider-Woman. Now, as SILK, Cindy is on her own in New York City, searching for her past, defining her own future, and webbing up wrong-doers along the way. 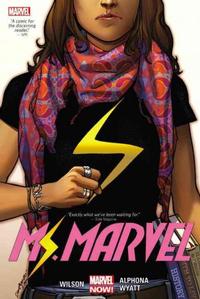 Old school comic book fans (I'm talking like 1960's here people) might remember Ms. Marvel as Carol Danvers, the super strong, super blond, superhero and member of the Avengers. Well, she moved on to become Captain Marvel, but don't worry, the Ms. Marvel name isn't going anywhere. Reinvented by G. Willow Wilson, all around amazing writer and clearly super cool person, we have a new Ms. Marvel: Kamala Khan, a Pakistani-American teen living in New Jersey. After encountering a mysterious fog, she discovers that she now has amazing superpowers like embiggening (it's a thing) or super fast healing. But can she repeatedly save Jersey City while balance school, family, and her faith? Spoiler alert - she totally can and in Volume 2, Wolverine becomes her unlikely mentor. It's totally amazing! 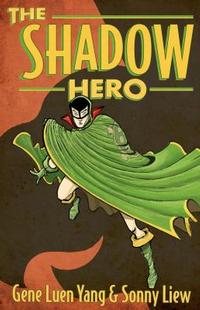 In the comics boom of the 1940s, a legend was born: the Green Turtle. He solved crimes and fought injustice just like the other comics characters. This mysterious masked crusader was hiding something more than your run-of-the-mill secret identity though: the Green Turtle was the first Asian American superhero. The comic had a short run before lapsing into obscurity, but Gene Luen Yang has revived this character in The Shadow Hero, a new graphic novel that creates an origin story for the Green Turtle.

So have I missed your favorite Asian American Superhero?  Any ideas whom you would cast in the movie version of any of the above?  Let me know in the comments!

The Hulk, SILK, and Ms. Marvel!
Add a Comment