Orhan Pamuk , a novelist hailing from Turkey, won this year's Nobel Prize in Literature. He is an author,"who in the quest for the melancholic soul of his native city has discovered new symbols for the clash and interlacing of cultures." Pamuk's work, dealing with the resulting culture clashes of a globalized society, has put him at odds with the Turkish government, much as last year's Nobel Winner, Harold Pinter, was at odds with his own government over its role in the Iraq War.

The New Yorker (article by Pamuk about his trial in Turkey) 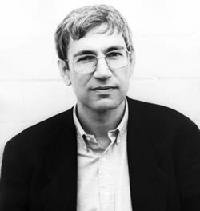