My eight year old self secretly wished I had a twin sister. I imagined we would do everything together, share clothes, but mostly, trick people with our identity. Naturally I came to terms with being a singleton, and even though I had other siblings I knew it wasn’t the same as having a twin. In the United States there are 33.9 twins born for every 1,000 births (as of 2014), so I was pleasantly surprised to learn I was going to be a mother of twin boys.

It’s probably because I have twins of my own now (they are 5 months old), but I seem to see twins all over the place. First there was Beyoncé announcing she was having twins, then George and Amala Clooney's twin annoucement, and finally I discovered the ridiculously adorable McClure Twins.

I think we can all agree there is something adorable about two people who look exactly alike. Here are some books about twins to read while we wait for Beyonce to share her twins with the world...

Down Among the Sticks and Bones by Seanan Mcguire

"Twin sisters Jack and Jill were seventeen when they found their way home and were packed off to Eleanor West’s Home for Wayward Children.

This is the story of what happened first…"

I Know This Much Is True by Wally Lamb

"... a heartbreaking and poignant multigenerational saga of the reproductive bonds of destruction and the powerful force of forgiveness."

The Girls by Lori Lansens

After a string of foster homes and the death of her heroin-addict mother, Lexi Baill is taken in by a newly discovered great-aunt who lives a spartan life near Seattle. Lexi soon meets Mia and her loving twin brother, Zach. The friendship flourishes, and Mia's mother draws Lexi into the family circle. A slowly growing attraction between Zach and Lexi begins, but then Lexi, Mia, and Zach collectively make a bad decision that results in a tragedy with extreme repercussions.

Her Fearful Symmetry by Audrey Niffenegger

When Elspeth Noblin dies, she leaves everything to the 20-year-old American twin daughters of her own long-estranged twin, Edie. Valentina and Julia, as enmeshed as Elspeth and Edie once were, move into Elspeth's London flat and through a series of developing relationships a crisis develops that could pull the twins apart.

Half of a Yellow Sun by Chimamanda Ngozi Adichie

When the Igbo people of eastern Nigeria seceded in 1967 to form the independent nation of Biafra, a bloody, crippling three-year civil war followed. Adichie tells her profoundly gripping story primarily through the eyes and lives of Ugwu, a 13-year-old peasant houseboy who survives conscription into the raggedy Biafran army, and twin sisters Olanna and Kainene, who are from a wealthy and well-connected family.

The God of Small Things by Arundhati Roy

Cutting for Stone by Abraham Verghese

A sweeping, emotionally riveting first novel--an enthralling family saga of Africa and America, doctors and patients, exile and home. Marion and Shiva Stone are twin brothers born of a secret union between a beautiful Indian nun and a brash British surgeon at a mission hospital in Addis Ababa. 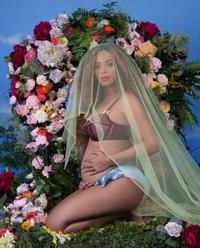 "We would like to share our love and happiness. We have been blessed two times over. We are incredibly grateful that our family will be growing by two, and we thank you for your well wishes." - The Carters A post shared by Beyoncé (@beyonce) on Feb 1, 2017 at 10:39am PST
Add a Comment