Superheroes aren't supposed to die—they're larger than life, courageous, fight for what's right, and are here to help and protect us. They are immortal.

It's kind of bittersweet that The Bright Knight's light would go out during the beginning of summer, as this time of year fills me with childhood memories of past school years ending, extended sunlight evenings running around the neighborhood with friends, and lots of cartoons and old reruns on the tube. These were the years when I first discovered Batman. I would get to see at least two episodes a day, usually during lunchtime. The sheer joy and excitement I would get when that theme song started made me want to jump right into the screen and slug some villains along with the dynamic duo.

It was and remains one of the most innovative television shows ever, being able to simultaneously be silly and subversive, Mod with morals, and art pop that redefined pop culture.

For all the accolades awarded to the show and stardom for its actors, it came at a price for West, who was typecast for a large portion of his acting career (perhaps he was too quick to turn down that offer to play James Bond in the late 60s though?).

In later years, Adam West reconciled his relationship to the Batman character and persona. He continued to work as an actor whenever and wherever he could, whether it be a b-movie schlockterpiece like Zombie Nightmare (available in its original film form via our Hoopla streaming service or its riffed-on Mystery Science Theater 3000 version) or appearing at dozens of comic cons and other pop culture-related conventions throughout the years. He would find fame again and a whole new legion of fans, this time behind the mic doing voicework for animated shows like The Simpsons, The Fairly OddParents, and as the voice of the Mayor of Quahog on Family Guy.

Besides all the Adam West-related titles we have in our catalog, I highly recommend checking out the ahead-of-its-time action-adventure-cop-show-spoof Lookwell, written by Robert Smigel and Conan O'Brien.

In a fitting final farwell, the Bat-signal was projected onto City Hall in Los Angeles last nite during a tribute to Adam West.

Adam West may not have been a real superhero, but he did play one on television and more than anything transcended the idea of what a hero is and could be, as well as being a role model and influence on countless children (and adults) over the last 50 years. In that respect, he is and will remain immortal. 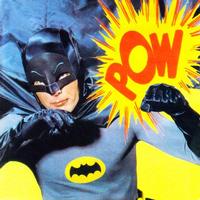 Adam West as Batman on cover of TV Guide, March 26, 1966, by Roy Lichtenstein 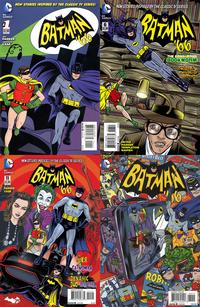 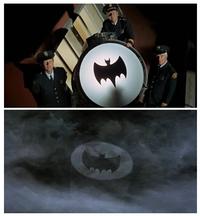