As a young girl, I loved fairy tales—especially those centered on princesses. But I was also drawn to strong female characters. So, I decided to re-read Ella Enchanted by Gail Carson Levine as an adult and revisit the character that made such a powerful impact on me as a child.

Ella Enchanted adds layers of depth and adventure to the original story of Cinderella. Ella of Frell, a teenage girl of noble lineage, receives a so-called ‘gift’ of obedience from a fairy at birth. Ella must obey any command given to her—eat a whole cake, hop on one foot all day, or even chop off her own head if so ordered. If she resists any direct command, she falls into waves of pain and dizziness, experiencing terrible physical effects. She hopes to one day break this curse and live a life in which she fully controls her own actions.

In the original story, Cinderella is simply kind, elegant, and beautiful. In Levine’s story, Ella is still kind—but also headstrong, clumsy, fiercely loyal, adventurous, funny, and flawed. Yes, there’s a prince— Prince Charmont, or Char as he insists Ella call him. Instead of being Ella’s ultimate savior, he complements her—he admires her strength, laughs at her jokes, and encourages her independence. The reader watches as their relationship grows and develops. Also, Prince Char has a personality— a welcome addition to the original Prince Charming. (Okay, so maybe Prince Char was also one of my first ever literary crushes).

There are both ‘wicked’ stepmothers and stepsisters, although the reader gets a stronger glimpse into their personalities as well. There is a fairy godmother—a loving figure that Ella grows up knowing.

I could read this book over and over again (to be honest, I have). I remember when the completely disloyal and disappointing movie adaptation with Anne Hathaway came out in 2004—I suggest skipping over the film and just going straight to the book. I’m pretty sure the 10-year-old me practically threw a tantrum because of how much the movie changed the story around. (But seriously, how do I petition for a remake that actually depicts the original story?).

When returning to this book, I felt both nostalgia and pure joy. It was exciting to relive the adventures of my old friend Ella, a young woman who taught me that perfection is not the ideal and femininity comes in all forms (who says you can’t go on adventures and also go to balls wearing pretty dresses?).

Ella, who isn’t a damsel in distress but a real girl with real agency, will always be my favorite princess. 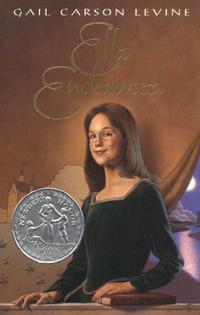 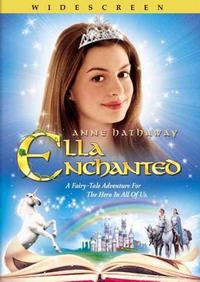 The completely disloyal and disappointing movie adaptation with Anne Hathaway came out in 2004.
Add a Comment