Take Your Broken Heart, Make It Into Art

We lost a lot of important things and people last year, and it looks like we’re on track for more losses and heartbreaks in the coming years. But, I guess we knew what we signed up for, eh?

One of the more memorable statements to come out of this year was when (goddess on earth) Meryl Streep dedicated an award win to her friend Carrie Fisher and told us, the audience, that Carrie used to tell her to “Take your broken heart, make it into art.”

I’ve been mulling that sentence in my head for a few months now. Specifically, I was thinking about how the right music, the right art, or the right book at the right time could be soothing or inspiring or a literal life saver. I was thinking about protagonists in books who take their pain, their broken hearts, and turn them into art. Here are some of my favorites. 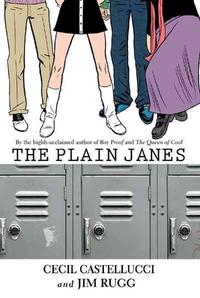 My first favorite book is a graphic novel by Cecil Castelluci called The Plain Janes. After a 9/11 style terrorist attack, parents of our main Jane flee the city for the suburbs, hoping to keep their family safe. But Jane is having trouble coming to terms with the attack and the aftermath, and the notebook of another attack survivor that she’s found proves to be helpful. Also helpful? Joining up with three other Janes to form a guerilla group of artists who set out to, well, art the whole town. I really love this book – it has a lot to say about resilience, community, and the power of art to heal. Plus it’s pretty funny – it’s basically Heathers but with less homicide and more art bombing. 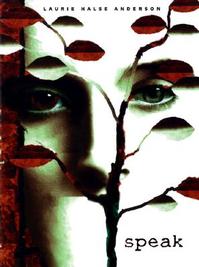 Published almost 18 years ago, Laurie Halse Anderson’s gripping novel Speak (soon to be a graphic novel, btw) is the story of Melinda, a teen assaulted at a party before her freshman year. Turning inward after the attack she stops speaking and basically shuts down. As the year progress, Melinda uses art to find herself and tell her story. I remember being deeply affected by this book when I first read it, especially the use of plant-based imagery as a metaphor for the main characters growth. If you don’t feel like reading, Kristin Stewart stars in the movie version. 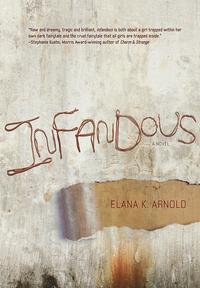 Infandous, written by National Book Award shortlist author Elana K. Arnold, is a real divisive wild card. It’s the beautifully written story of Sephora, an older teen growing up in the shadow of her beautiful mother in Southern California. Amidst a lot of snippets about mermaids, we follow Sephora as she hangs out with her friends and works her job on the boardwalk, but something else is going on – something that compels her to spend an increasing amount of time creating sculptures out of found objects.  We know something messed up has happened, but we don’t know what. The author uses short, scratchy, abrasive words to create tension that holds the reader in suspense for the slow reveal of the unspeakable thing that has happened. This is not a book for everyone; it is a tough read with an ending that is just like WHOA, but if you are the right kind of reader, it’s a pretty spectacular (if unsettling) story.  Just remember I warned you.

So, those are my favorite books about using art to heal. I’m sure you have a favorite, too – please let me know in the comments! 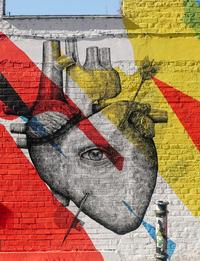 Take Your Broken Heart, Make It Into Art 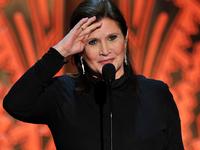