The thing I like most about One Book, One Philadelphia is the chance to read outside of my experiences—to see the world through the eyes of someone living a very different lifestyle that I have. For example, I wasn't a turn-of-the-century orphan shipped off on a train of orphans to be adopted by farm families in western states, but thanks to Christina Baker Kline’s Orphan Train, 2015 One Book selection, I felt like I had a front row seat to a forgotten piece of American history.

In Jacqueline Woodson’s stunning Another Brooklyn, I’ve gotten to experience the coming-of-age story of August and her friends as they explore and grow into their neighborhood in 1970s Brooklyn. I don’t want to tell tales but I came of age in 1990s suburban New Jersey, so I’m thinking that while some things about growing up are universal, some things are specific to a time and a place. So for me, it was interesting and challenging and beautiful to inhabit this particular world for a spell.

It also got me thinking about coming-of-age stories; which ones have resonated with me and taken me someplace or some time out of my own experiences. Here are some of my absolute recent favorites: 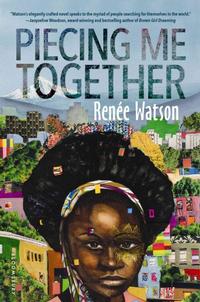 Piecing Me Together
by Renee Watson

Set in present day, rapidly gentrifying Portland, Oregon, Jade believes she must get out of her poor neighborhood if she's ever going to succeed. Her mother tells her to take advantage of every opportunity that comes her way. And she has—she accepted a scholarship to a mostly-white private school, replete with Saturday morning test prep opportunities. But some opportunities feel more demeaning than helpful. Like an invitation to join Women to Women, a mentorship program for "at-risk" girls. Except really, it's for black girls. From "bad" neighborhoods. And just because Maxine is her college-graduate mentor and also happens to be black, doesn't mean that she understands Jade. And maybe there are some things Jade could show these successful women about the real world and finding ways to make a real difference. I think what I loved most about this book is that its not about trying to "fix" anyone, it's actually about Jade learning to find her voice and then learning how to use it. And there are some really nice literary allusions between her collage art and the themes of making yourself out of the pieces of your life, plus it has a really upbeat ending. 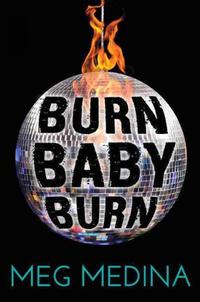 Picture it: Summer 1977... its boiling hot, there are frequent blackouts, arson is fairly common, and a serial killer named Son of Sam is targeting young women—basically the worst summer ever for New York, our main character Nora, and her family. The turmoil in the city is mirrored by the turmoil in our main character’s home—the landlord wants the overdue rent, Nora’s older brother is selling drugs, and is physically abusive to his mother and sister. Against this tumultuous backdrop, choices are made, relationships begin and end, and families and friendships are tested. I don’t want to tell you that everything works out okay but… everything works out okay. The journey through this life-changing summer, while difficult, is hearting and feels realistic. 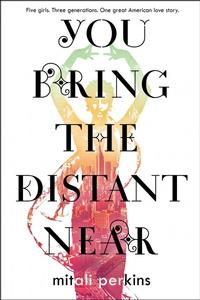 You Bring the Distant Near
by Mitali Perkins

Across continents and generations, we follow one Indian family from 1965 through the present day. As the family adjusts to life in New York City, alternately fending off and welcoming challenges to their own traditions, the reader grows with them. Told in the alternate voices of Sonia, Tara, and their daughters, Shanti and Anna, this is the tale of two sisters (and their daughters) who are very different, as they navigate the worlds of Indian traditions and the different paths they take as they grow up. We explore questions of tradition, family, belonging, self, etc… By turns heartbreaking and hilarious, with secrets and revelations and discovery. A different kind of story that will reward the patient reader. 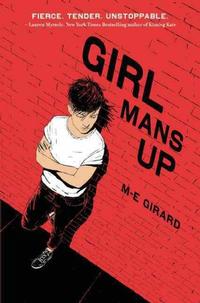 Girl Mans Up
by M.E. Girard

Okay, so this one is set in Canada, but bear with me—some of my best friends are Canadian. Pen, our hero, is the daughter of Portuguese immigrants, and doesn’t want to conform to the rigid standards (or gender sterotypes) of her close-knit large family. And she has just the worst friends anyone can imagine, like real sociopaths. The first few chapters are nothing but a series of palms smacking foreheads, as we watch her make terrible decisions and defend terrible people. But as she gets tired of feeling pushed around—by her family, by her shitty friends—she starts making hard but truthful choices.  Choices that lead her to the kind of person she actually wants to be. I can’t remember enjoying watching a character grow as much as I enjoyed Pen’s evolution into a truer version of herself. I can’t say enough about what a great story this was and how I was really rooting for this character.

While these are my favorite recent coming of age stories, I’m sure you have a favorite too—let me know in the comments! 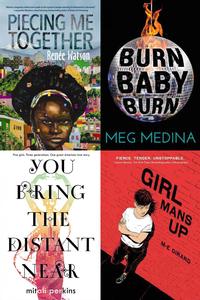