Darkness comes earlier this month with the end of Daylight Saving Time, a good excuse to sit down with a good book or movie. For something different, try one of these new titles that will appear in neighborhood libraries and our online catalog in November. 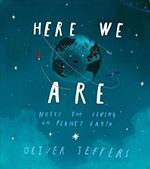 Here We Are: Notes for Living on Planet Earth by Oliver Jeffers

Inspired by the birth of his son, best-selling author and illustrator Oliver Jeffers has created a book of notes about the world and our place in it. Insightful, playful, and hopeful, the book introduces the Earth and space, land and sea, people and animals, even the concept of time. Complex topics are made simple through words and illustrations, and the overall message is one of awe, unity, and kindness. 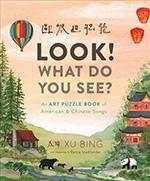 Look! What Do You See?: An Art Puzzle Book of American and Chinese Songs by Bing Xu

Recommended for ages 8 and up, this beautifully illustrated book has 12 classic American songs, followed by 5 classic Chinese songs. The lyrics are written in square word calligraphy, a style developed by the author. From a distance it appears to be art, but up close it is a code to be deciphered. This book also contains a guide to the calligraphy and answer keys for the codes. Great fun to read together or alone! 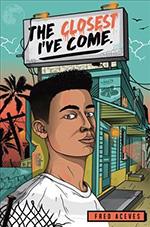 When Marcos is placed in a new after-school program for troubled teens with potential, he meets Zach, a theater geek whose life seems great on the surface, and Amy, a punk girl who doesn’t care what anyone thinks of her. These new friendships inspire Marcos to open up to his Maesta crew, too, and along the way, Marcos starts to think more about his future and what he has to fight for. Marcos ultimately learns that bravery isn’t about acting tough and being macho; it’s about being true to yourself. 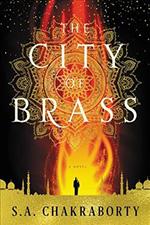 The City of Brass by S. A. Chakraborty

Nahri has never believed in magic. Certainly, she has power; on the streets of eighteenth-century Cairo, she's a con woman of unsurpassed talent. But she knows better than anyone that the trade she uses to get by—palm readings, zars, healings—are all tricks, sleights of hand, learned skills; a means to the delightful end of swindling Ottoman nobles and a reliable way to survive. But when Nahri accidentally summons an equally sly, darkly mysterious djinn warrior to her side during one of her cons, she's forced to question all she believes. For the warrior tells her an extraordinary tale: across hot, windswept sands teeming with creatures of fire, and rivers where the mythical marid sleep; past ruins of once-magnificent human metropolises, and mountains where the circling birds of prey are not what they seem, lies Daevabad, the legendary city of brass—a city to which Nahri is irrevocably bound. In Daevabad, behind gilded brass walls laced with enchantments, behind the six gates of the six djinn tribes, old resentments are simmering. A young prince dreams of rebellion. And when Nahri decides to enter this world, she learns that true power is fierce and brutal. That magic cannot shield her from the dangerous web of court politics. That even the cleverest of schemes can have deadly consequences. After all, there is a reason they say to be careful what you wish for... 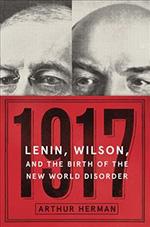 1917: Lenin, Wilson, and the Birth of the New World Disorder by Arthur Herman

In this centenary of the Russian revolution, Herman presents a dual biography of two men in a critical moment in world history. In April 1917, Woodrow Wilson, advocating for free trade and a new world order based on freedom and justice, asked Congress to declare war on Germany. The United States entered World War I in 1917, and in the same year, fueled by Russian setbacks in World War I, Vladimir Lenin, communist revolutionary, would play a leading role in the October Revolution of 1917. The revolution successfully dismantled the Tsar autocracy and brought the Bolsheviks to power. An interesting read on two ideologues and their influence on geopolitics then and for decades to come. 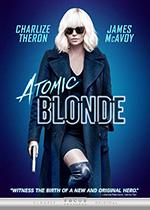 This high-stakes, global action-thriller takes place in the city of Berlin, on the eve of the Wall's collapse, as superpower alliances are shifting. Lorraine Broughton (Charlize Theron), a top-level spy for MI6, is dispatched to Berlin to investigate the murder of a fellow agent and recover a missing list of double agents. She is ordered to cooperate with Berlin station chief David Percival (James McAvoy) and the two form an uneasy alliance, unleashing their full arsenal of skills in pursuing a threat that jeopardizes the West's entire intelligence operation. 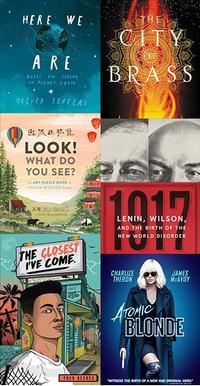 Check out one of these new titles that will appear in neighborhood libraries and our online catalog in November.
Add a Comment