Ready or not, the holiday season is upon us. Keep your cool with some fun and escapist fiction titles for all ages, coming to neighborhood libraries in December. On the more serious side, may we also suggest a cookbook of healthy recipes that may help you live longer, and a movie and its accompanying soundtrack about an incident during the 1967 Detroit riots?  We hope you enjoy these recommended titles and look forward to recommending more titles to you in the New Year! 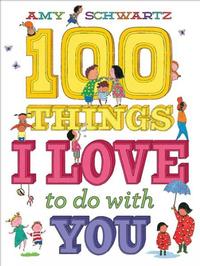 100 Things I Love to do With You by Amy Schwartz

Can’t think of anything to do? With detailed, playful illustrations and easy-to-read, fun rhyming text, this book is full of ideas that little ones can do together with friends and family, old and young, to have a jolly good time. 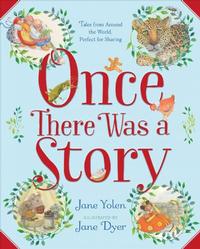 Once There Was a Story: Tales from Around the World, Perfect for Sharing by Jane Yolen

This is an illustrated collection of over 30 stories, fables, folk tales, and fairy tales from around the world. Some are old favorites, while others are lesser known. Perfect for cozy winter storytimes or bedtimes. Includes two original stories by Jane Yolen. 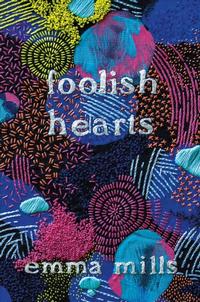 Forced to participate in her school’s production of A Midsummer Night’s Dream, Claudia learns that putting yourself out there can lead to new friendships with former enemies and maybe even a little romance. A fast, fun read for fans of backstage drama and complicated characters. 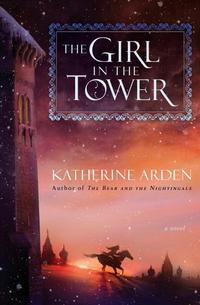 The Girl in the Tower by Katherine Arden

Katherine Arden's enchanting first novel, The Bear and the Nightingale, introduced readers to an irresistible heroine. Vasilisa has grown up at the edge of a Russian wilderness, where snowdrifts reach the eaves of her family's wooden house and there is truth in the fairy tales told around the fire. Vasilisa's gift for seeing what others do not has won her the attention of Morozko—Frost, the winter demon from the stories—and together they saved her people from destruction. But Frost's aid comes at a cost, and her people have condemned her as a witch. Driven from her home by frightened villagers, the only options left for her are marriage or the convent. She cannot bring herself to accept either fate and instead chooses adventure, dressing herself as a boy and setting off astride her magnificent stallion Solovey. But after Vasilisa prevails in a skirmish with bandits, everything changes. The Grand Prince of Moscow anoints her a hero for her exploits, and she is reunited with her beloved sister and brother, who are now part of the Grand Prince's inner circle. She dares not reveal to the court that she is a girl, for if her deception were discovered it would have terrible consequences for herself and her family. Before she can untangle herself from Moscow's intrigues—and as Frost provides counsel that may or may not be trustworthy—she will also confront an even graver threat lying in wait for all of Moscow itself... 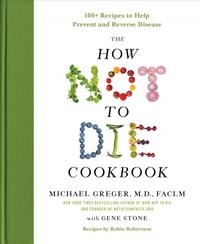 The How Not to Die Cookbook: 100+ Recipes to Help Prevent and Reverse Disease by Michael Greger

From Michael Greger, the physician behind the website nutritionfacts.org and author of the popular book  How Not To Die, this cookbook puts science into practice. Includes recipes for 10 healthy flavor-makers that are used in the recipes to enhance flavor without the use of sodium. 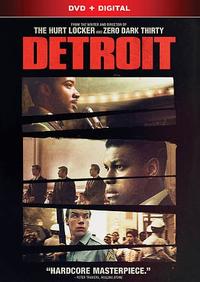 This fact-based dramatization of a tragic chapter from America's past draws disturbing parallels to the present. Set in 1967, a police raid results in one of the largest race riots in United States history, when a group of rogue police officers responds to a complaint with retribution rather than justice on their minds. The story is centered on the Algiers Motel incident, which occurred in Detroit, Michigan on July 25, 1967, during the racially charged 12th Street Riot. It resulted in the death of three black men and the brutal beatings of nine other people—seven black men and two white women—and lead to the federalization of the Michigan National Guard. 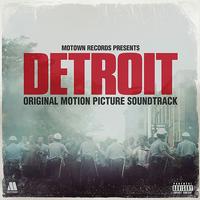 The powerful light of the Motor City, even in one of its darkest chapters, shines on a soundtrack that features some of the immortal sounds of Motown. 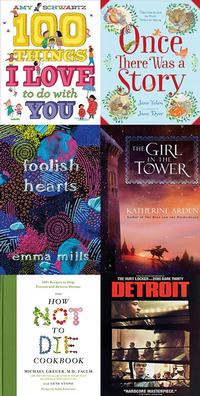 Check out one of these new titles that will appear in neighborhood libraries and our online catalog in December.
1 Comment | Add a Comment
You used to sell Christmas cards that were exceptional. Do you do this any longer?
David Vahlsing - Wynnewood