So, the holidays are over and we got a bit more serious with the themes of our January recommended titles, picking from socially-conscious topics and current events. There’s a book for young children inspired by the writings of Dr. Martin Luther King, stories for all ages about the difficulties of fitting in, and the effects of terrorism and war. You’ll find these new titles by browsing our catalog and by visiting your neighborhood library. 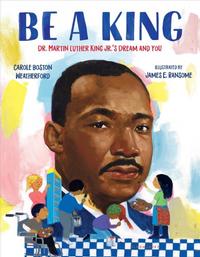 Be a King: Dr. Martin Luther King Jr.'s Dream and You by Carole Boston Weatherford; illustrated by James Ransome
Taking inspiration from Dr. King’s life and words, this book encourages readers to become change-makers: to realize that their actions, even the smallest ones, have the potential to make the world a better, fairer, and kinder place for everyone. 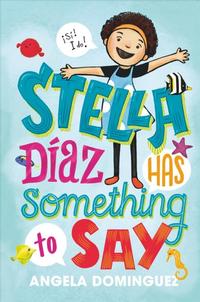 Stella Diaz Has Something to Say by Angela Dominguez
Have you ever felt shy and nervous to speak in front of a large group of people? Mexican-American 3rd-grader Stella Diaz finds herself in this predicament when she has to do a presentation in front of her class at school. Stella speaks both Spanish and English and sometimes she confuses the pronunciation of words for each language. She often doesn’t feel comfortable with either her Mexican or her American culture. Will Stella do a successful presentation at school? Pick up this book to find out! A great choice for newly independent readers, this illustrated chapter book includes some Spanish words and phrases with translations. 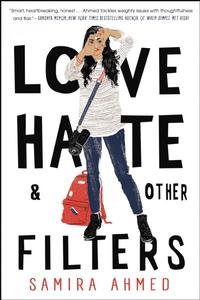 Love, Hate and Other Filters by Samira Ahmed
Maya, the American born daughter of Indian immigrants, is juggling dreams for her future, new crushes, and the expectations of her close knit family when a terrorist attack hundreds of miles away sparks fear and bigotry in her small community. A timely read and perfect for fans of 2017’s breakout hit The Hate U Give. 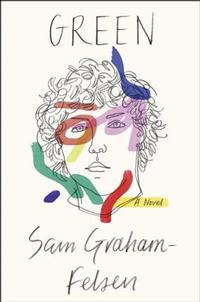 Green by Sam Graham-Felsen
Boston, 1992. David Greenfeld is one of the few white kids at the Martin Luther King Middle School. Everybody clowns him, girls ignore him, and his hippie parents won't even buy him a pair of Nikes let alone transfer him to a private school. Unless he tests into the city's best public high school—which, if practice tests are any indication, isn't likely—he'll be friendless for the foreseeable future. Nobody's more surprised than Dave when Marlon Wellings sticks up for him in the school cafeteria. Mar's a loner from the public housing project on the corner of Dave's own gentrifying block, and he confounds Dave's assumptions about black culture: He's nerdy and neurotic, a Celtics obsessive whose favorite player is the gawky, white Larry Bird. Together, the two boys are able to resist the contradictory personas forced on them by the outside world, and before long, Mar's coming over to Dave's house every afternoon to watch vintage basketball tapes and plot their hustle to Harvard. But as Dave welcomes his new best friend into his world, he realizes how little he knows about Mar's. Cracks gradually form in their relationship and Dave starts to become aware of the breaks he's been given—and that Mar has not. 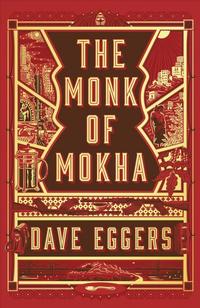 The Monk of Mokha by Dave Eggers
According to legend, Mokha, a port city on the Yemeni coast, was where a Sufi holy man brewed the first coffee beans grown in Yemen. Dave Egger’s latest book follows the story of a young Yemeni-American man who dreamed of resurrecting the ancient art of Yemeni coffee. The son of Yemini immigrants living in San Francisco, 24-year-old Mokhtar Alkhanshali works as a doorman until he becomes interested in coffee and journeys to his parents' homeland to learn more about its cultivation and help Yemeni farmers return their crops to the renown they once had. All's well until the 2015 civil war breaks out, and Mohktar finds himself leaving in a tiny fishing boat, carrying the first coffee to leave the port of Mokha in eighty years. The book uses oral history to illuminate human rights crisis around the world. Dave Eggers and Mokhtar Alkhanshali will visit the Free Library on Monday. February 12 as part of our Author Events series to discuss this book. 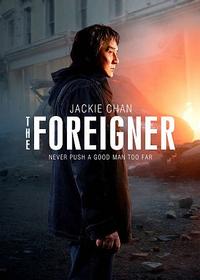 The Foreigner starring Jackie Chan, directed by Martin Campbell
A timely action thriller that tells the story of humble London businessman Quan whose long-buried past as a bombmaker erupts in a revenge-fueled vendetta when the only person left for him to love—his teenage daughter—is killed in a senseless act of politically-motivated terrorism. In his relentless search for the identity of the terrorists, Quan is forced into a cat-and-mouse conflict with a British government official, whose own past may hold clues to the identities of the elusive killers.

New Year, New Titles! Check out one of these new titles at a neighborhood library near you or our online catalog.
2 Comments | Add a Comment
How do we recommend ebook purchases to The Free Library Online?
Linda Moffitt - Philadelphia
Hi Linda, you can use the Email Us link on our home page in the orange ASK box to make recommendations.
Paul A. - Philadelphia