So we’ve all seen the trailer for the Black Panther film right? And we are all super-duper excited for it, yes? I know I am beyond hype and come February 16th (ish), my popcorn and I will be front and center for this one!

In the meantime, here is your chance to catch up on all things T’Challa and Wakanda via some of our amazing comic collections! 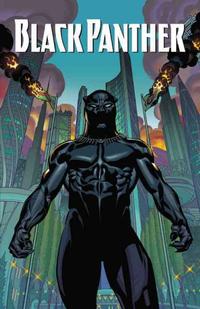 Black Panther: Nation Under Our Feet by Ta-Nehisi Coates
T'Challa confronts a dramatic upheaval in Wakanda that will make leading the African nation tougher than ever before. When a superhuman terrorist group calling itself The People sparks a violent uprising, the land famed for its incredible technology and proud warrior traditions will be thrown into turmoil. As suicide bombers terrorize the population, T'Challa struggles to unite his citizens, and a familiar villain steps out of the shadows. If Wakanda is to survive, it must adapt—but can its monarch, one in a long line of Black Panthers, survive the necessary change? Heavy lies the head that wears the cowl! 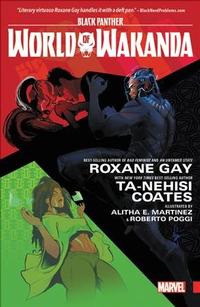 Black Panther: World of Wakanda by Ta-Nehisi Coates and Roxanne Gay
You know them now as the Midnight Angels, but in this story they are just Ayo and Aneka, young women recruited to become Dora Milaje, an elite task force trained to protect the crown of Wakanda at all costs. Their first assignment will be to protect Queen Shuri. Meanwhile, former king T'Challa lies with bedfellows so dark, disgrace is inevitable. Explore the true origins of The People's mysterious leader, Zenzi. Black Panther thinks he knows who Zenzi is and how she got her powers, but he only knows part of the story... 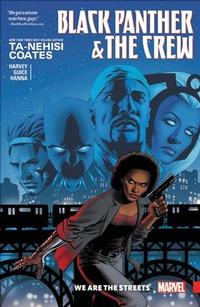 Black Panther & the Crew: We Are the Streets by Ta-Nehisi Coates
Black Panther, Storm, Luke Cage, Misty Knight and Manifold band together to take on a dangerous wave of street-level threats. The death of a Harlem activist kicks off a mystery that will reveal surprising new secrets about the Marvel Universe's past and set the stage for a huge story in the near future! Fear, hate, and violence loom, but don't worry, The Crew's got this: They are the streets. 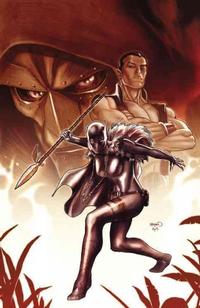 Black Panther: Doomwar by Jonathan Maberry
As a new Black Panther struggles to hold her country together against a backdrop of betrayal, she is set on a collision course with one of the Marvel Universe's most feared and powerful despots! But when Doctor Doom stands triumphant, war in Wakanda will pit the world's most relentless super villain against a collection of the world's most powerful super heroes. With the mutant Storm's life in the balance, it will take the combined forces of the X-Men, Fantastic Four, Deadpool, and—not one but two Black Panthers—to stand against Doom! As T'Challa makes his return to his former kingdom, will Shuri retain her title and throne long enough to once again face Klaw, master of sound?

And if you need a playlist to listen to while reading, check out the Kendrick Lamar-curated and produced Black Panther album soundtrack, featuring SZA, Schoolboy Q, 2 Chainz, Swae Lee, Vince Staples, Ab-Soul, Anderson Paak and James Blake, Jay Rock, Future, The Weekend, and many more!

Can't get enough of comics and graphic novels?  Save the date for the next Free Library Comic Con on Saturday, May 12th 2018!

Check out more Black Panther titles in our catalog and let us know which is your fave in the comments! 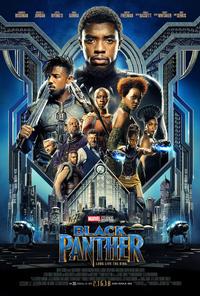 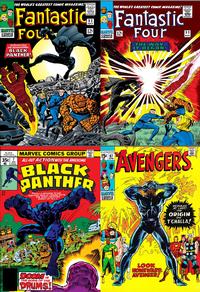