209 years ago today, one of the most peculiar poets and apparitional authors to ever hold a pen was born: Edgar Allan Poe. His macabre and gothic tales have fascinated and entertained readers for years, so it's no surprise that his work has made frightening fodder for pop culture. Some of these are direct adaptations of Poe's work, some selections are just inspired by his prose, while others are only loosely based on the author's works and ideas.

Here is a "Friday Five" of some Poe adaptations we have available through our collections on DVD, Blu-ray, and Streaming Video. 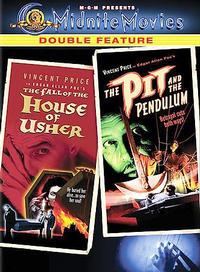 The Fall of the House of Usher and The Pit and The Pendulum (DVD, 1960 and 1961)
This deathly double feature of putrid Poe tales features the terrifying team-up of b-movie maven Roger Corman and legendary character actor Vincent Price. The pair would work together adapting eight of Poe's works for the silver screen, later referred to as "The Poe Cycle."  All of these films captured the creepy and surreal vibes of Poe's work while also adding a heaping helping of b-movie shlock to the movie mix. 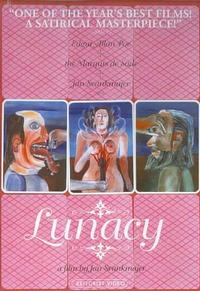 Lunacy (DVD, 2005)
Loosely based on two Edgar Allan Poe short stories ("The Premature Burial" and "The System of Doctor Tarr and Professor Fether") with additional inspiration by the works of the Marquis de Sade, set in 19th century France. The combination of animation, comedy, drama, and horror make for an interesting if not limit-pushing foreign film, albeit not for the squeamish. 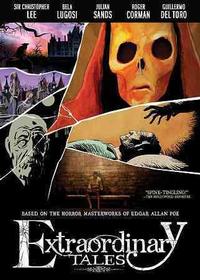 Extraordinary Tales (Streaming Video, 2015)
Five of Edgar Allan Poe's best-known stories are brought to vivid life in this heart-pounding animated anthology. Murderous madmen, sinister villains, and cloaked ghouls stalk the darkened corridors of Poe's imagination, as his haunting tales ("The Tell-Tale Heart", "The Fall of the House of Usher", "The Masque of the Red Death", "The Pit and The Pendulum", and "The Facts in the Case of Mr. Valedemar") are given a terrifying new twist by some of the most beloved figures in horror film history including Christopher Lee, Bela Lugosi, and Guillermo Del Toro. 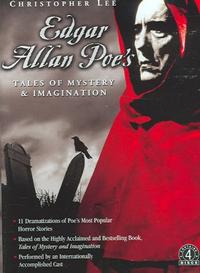 Edgar Allan Poe's Tales of Mystery & Imagination (DVD, 2006)
Christopher Lee returns to introduce these 11 dramatizations of some of Poe's most scary stories! This thirteen-part series features "The Fall of the House of Usher", "The Oval Portrait",  "Berenice",  "The Black Cat", "Ligeia", "The Cask of Amontillado", "Mr. Valdemar", "The Tell-Tale Heart", "Morella", "The Pit and the Pendulum", and "The Masque of the Red Death". 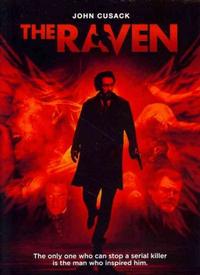 The Raven (DVD, 2012)
In possibly the goofiest entry in this list, witness John Cusack AS Edgar Allan Poe! The author ends up getting involved in a series of grisly murders in 1849 Baltimore that mirror his writings. The Master of the Macabre is then enlisted by the police to try and stop any more fictional murders become fact. Again, it's a bit of a reach, but worth the price of admission to see Cusack channel his inner Vincent Price.

Browse our catalog for more than 1,000 titles related to Edgar Allan Poe in many formats, from ebooks and audiobooks to film and television adaptations and musical accompaniments! 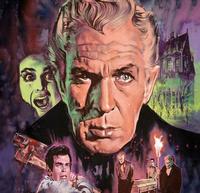