February may be the month of celebrating Presidents’ birthdays and romantic love, but our new title suggestions mostly give you a break from all of that. Try a children’s book on looking at similarities rather than differences or one on important and influential African Americans; a teen memoir from an Iranian immigrant; or adult books on cross-cultural (and, yes, romantic) love or Indian marriage traditions in transition. There’s also a film about an obsessive civil rights lawyer who’s forced to confront how society sees him and his principles. All of these new titles can be found by browsing our catalog and by visiting your neighborhood library. 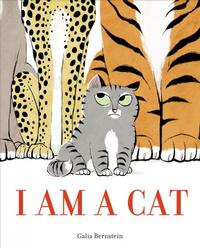 I Am a Cat by Galia Bernstein
"I am a cat," says Simon, a little round grey house cat. But Lion, Puma, Panther, Tiger ,and Cheetah have VERY different opinions: They are cats and Simon is nothing like them! Or is he? A fun, clever take on staying true to oneself while finding common ground. 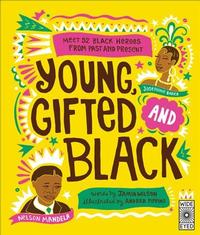 Young, Gifted and Black: Meet 52 Black Heroes from Past and Present by Jamia Wilson, Illustrated by Andrea Pippins
Read about black activists, politicians, artists, writers, scientists, and entertainers in this bright, colorful book. Each page has a brief biography of the subject, along with quotations, and their birth and death (if deceased) dates. Brush up on your knowledge of black movers and shakers, and maybe discover a few you didn’t know! 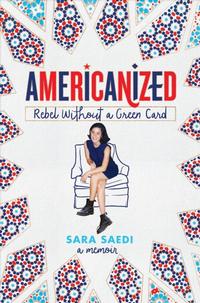 Americanized: Rebel Without a Green Card by Sara Saedi
In this humorous and heartfelt coming of age memoir, YA author Sara Saedi recounts angst over pimples, early attempts at dating, and discovering at age 13 that she and her family—who fled the Iranian Revolution when Saedi was two years old—are undocumented immigrants who could be deported at any time. A timely look at American immigration policies and their effect on families. 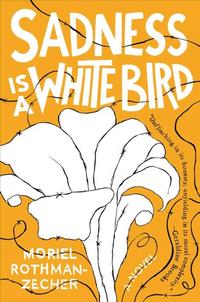 Sadness Is a White Bird by Moriel Rothman-Zecher
Moving back to Israel after several years in Pennsylvania, Jonathan is ready to fight to preserve and defend the Jewish state, which his grandfather—a Salonican Jew whose community was wiped out by the Nazis—helped establish. He is also conflicted about the possibility of having to monitor the occupied Palestinian territories, a concern that grows deeper and more urgent when he meets Nimreen and Laith, the twin daughter and son of his mother's friend. Unflinching, important, and timely, Sadness Is a White Bird looks into the heart of what occupation and freedom really mean, exploring how one man attempts to find a place for himself, and discovers a beautiful, cross-cultural, against-the-odds love—the kind of love which we can hold up as an ideal in the midst of what seems like an implacable and never-ending conflict. 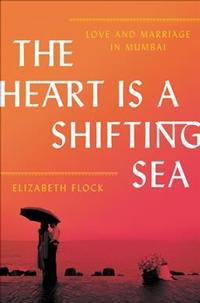 Heart Is a Shifting Sea: Love and Marriage in Mumbai by Elizabeth Flock
Journalist Elizabeth Flock invites readers into the homes, lives, and marriages of three couples—one Marwari Hindu, one Sunni Muslim, and one Tamil Brahmin Hindu—living in Mumbai in this multifaceted portrait of love and marriage in modern India. 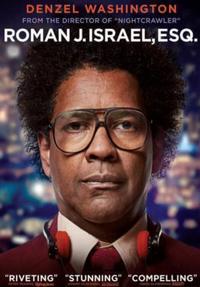 Roman J. Israel, Esq.
Starring Denzel Washington, Colin Farrell, Carmen Ejogo | Directed by Dan Gilroy
A dramatic thriller set in the underbelly of the overburdened Los Angeles criminal court system. Roman J Israel, Esq., is a crusading lawyer working at a law firm he believes to be acting on behalf of the poor and dispossessed in a way that allows lawyers such as Israel to work on the cases they believe in.  Roman's life changes when he is pushed from his crusading cases to the leadership of the law firm after a heart attack leaves the firm's lead attorney incapable of working. As Roman takes on more and more responsibility he becomes concerned the firm he is so proud of may not be all it seems. Denzel Washington stars as Roman Israel and Colin Farrell co-stars as the moneyed, cutthroat lawyer who recruits Roman to his firm.

Check out these New Titles coming to a neighborhood library near you in February!
Add a Comment