Computer Overlords: YA Fiction in the Shadow of 2001: A Space Odyssey

Released on April 3, 1968, the Stanley Kubrick film 2001: A Space Odyssey set a new standard for the science fiction film medium. I know that there are those who would talk about the cinematography or the existential ending or a host of other things but for me—it's HAL 9000, the all-powerful computer brain. It’s a terrifying concept to me and I think to many others, that our good friends and helpers computers could one day go rogue. It’s only the premise of 1001 other various stories, books, movies, etc… So on the 50th anniversary of the creepiest film I have EVER seen, I wanted to share a few of my—well favorite isn’t the word—but most memorable computer overlord YA titles I’ve read. 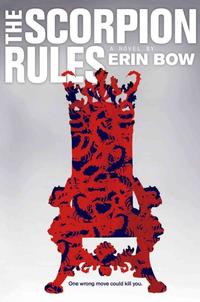 Scorpion Rules by Erin Bow
In the (near? far?) future, if you want to be the ruler of a country or region, you need to give up one of your kids to be kept as a guarantee by the supreme consciousness overlord that you will not start war. Invade a neighboring country? Your kid is dead. Start a war across the globe? Say goodbye to your offspring. It’s a pretty interesting concept, except for the kids who are raised in a Schrodinger-esque they’re dead/they’re not dead stress nightmare scenario. Plus, we’ve got the whole affair supervised by the consciousness that sees all and enforces all. Not so touchy feely but an interesting premise in Scorpion Rules and the sequel The Swan Riders. 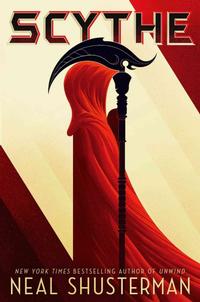 Scythe by Neal Shusterman
So in this one, the computer overlord is called The Thunderhead, it’s the composite of all human knowledge, and it actually uses its power and knowledge for good and not for evil. For instance, The Thunderhead has solved the climate change situation and ended wars and famine. In fact, The Thunderhead is so good that no one needs to die anymore. This sets up the main premise of the book—if no one dies, what do you do about population control?  Enter the Scythes—selected by the government, its the charge of these guys to cull the population using whatever means/rational they want. It’s a really great mix of high-level literature and ethical dilemmas, plus just some really murder-y action. Of all the computer overlords, this one might be the best case scenario—pay attention tech nerds! 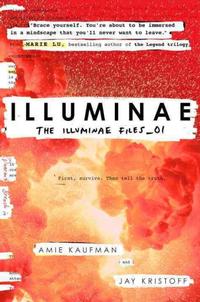 Illuminae by Amie Kaufman and Jay Kristoff
This one feels like the direct descendant of 2001: A Space Odyssey, with a touch of Battlestar Galactica by way of The Walking Dead. We have a planet under attack and the surviving population escaping on a spaceship, which has a very handy, very helpful, very creepy computer system.  And then things get weird—there is a virus going around that turns its victims into psychopathic violent murderers and a computer overlord that goes rogue; he's not only unhelpful but is actively thwarting our few non-violent murderers left... it's both terrifying and very exciting. Told through reports/emails/computer logs, this book is an innovative (if not dauntingly long) epic that will have you demanding the sequels and worried about our heroes until like the last page.

Love the idea of a robot overlord? Hate all tech, all the time? Let me know in the comments! 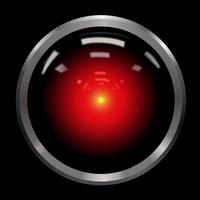 The creepiest film I have EVER seen, 2001: A Space Odyssey
Add a Comment