There have always been illustrated versions of classic novels—from comic book versions of Moby Dick, The Three Musketeers, or even Martin Luther King and the Montgomery Boycott.

It’s like watching the movie version of a book only you are still reading, so it’s totally still good for you. Like how veggies on a pizza makes it a salad (true story!)

Lately I feel like I’ve seen more and more graphic novel adaptations of everyone’s summer reading assignment / English Lit 101 staples. And some of them are downright fantastic! I couldn’t limit myself to three recommendations, so try one of these five picks on for size if you are feeling the need for some classics that aren’t too classic. 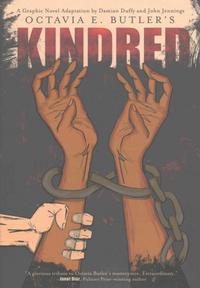 Let’s start with a modern classic. You like speculative fiction? Maybe something with a little Sci-Fi/Fantasy bent? Maybe you are ready to take a journey into the dark and complex heart of America’s history with slavery and violence? You literally cannot do better than Octavia Butler’s best-selling, ground breaking, classic, award-winning book Kindred. You know what makes unexplained time travel from the 1970s to pre-war southern states even more visceral? Add pictures. I’m not saying your heart won’t break—it will—but you’ll most likely come out the other side as a better, more empathetic person. Or not, your choice. 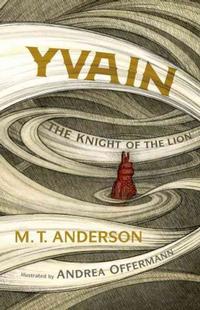 Ready to bring it back around to King Arthur and his round table of fun? I think all you need to know about MT Anderson’s graphic adaptation Yvain: The Knight of the Lion is this little detail: "Based on the twelfth-century epic by Chretien de Troyes".  Really, does anything say fun like "12th-century epic"? I think not. Bonus points: it’s really short so you can totally brag about this obscure chapter of Arthurian lore without investing more than an hour of your time! 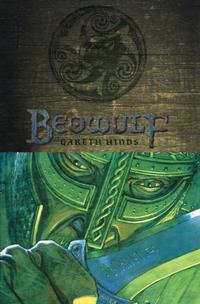 Maybe you are feeling a little monster murder-y or just nostalgic for Junior year English class? Illustrator Gareth Hinds gives us a graphic view of the epic battles in his adaptation of Beowulf and, let’s just say, it’s very, very colorful. Hinds has also given us a brutal Macbeth and a multiracial Romeo & Juliet. You know, just in case you don’t feel like reading any of it in long form. 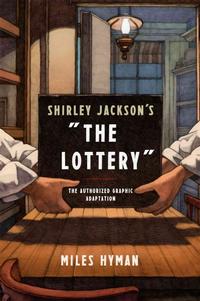 Would you rather take a trip into the dark heart of a seemingly idyllic town? Cool—Shirley Jackson’s The Lottery graphic novel adaptation will take you there. I don’t know if you guys had to watch the short film version in high school English like I did, but I have to say that to this day I have not forgotten how I felt about the cold-blooded twist at the end. That’s some slow, creepy burn, Shirley Jackson—tip of the hat to you. I don’t want to spoil it for those of you who haven’t seen or read the story, but let’s just say that if this doesn’t haunt you, you might not actually have a pulse or a soul. 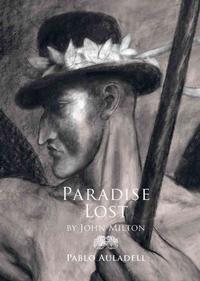 And really, can you even get more classic than John Milton’s Paradise Lost? Epic poem? Check. Battle between God and Satan? Totally. Published 350 years ago—you know it. Spanish artist Pablo Auladell literally illustrates the struggle of good versus evil and life versus death. It’s the size of your coffee table but you’ve never had this much fun with Milton before, I assure you.

So go forth and read my friends—find your way through the classics via comics—and become that person at the party that has an opinion about 12th-century epics and can school everyone else on the cannon of ancient and modern classics!

Let me know in the comments if I missed a favorite of yours or if there is a classic that you think would make an amazing graphic novel! 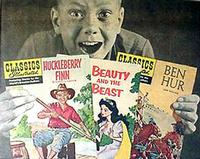 Find your way through the classics via comics! 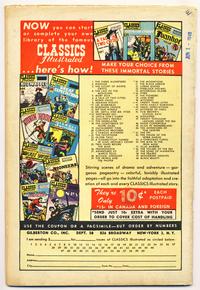