Poem of the Week--Carolyn Forche 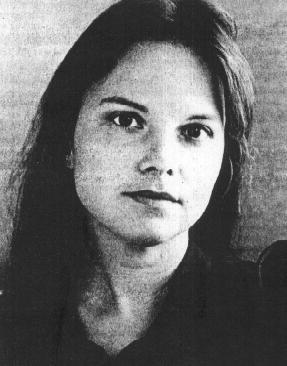 Carolyn Forché refers to herself as "a poet of witness." Indeed, in 1983, she acted as a journalist for Amnesty International in El Salvador in 1983 and as a Beirut correspondent for NPR's "All Things Considered." She won the Yale Series of Younger Poets Award in 1976 for her debut collection of poetry, Gathering the Tribes. The following poem is about the bombing of Hiroshima .

By way of a vanished bridge we cross this river

as a cloud of lifted snow would ascend a mountain.

She has always been afraid to come here.

It is the river she most

and the dead both crying for help.

A world that allowed neither tears nor lamentation.

The matsu trees brush her hair as she passes

beneath them, as do the shining strands of barbed wire.

Where this lake is, there was a lake,

where these black pine grow, there grew black pine.

Where there is no teahouse I see a wooden teahouse

and the corpses of those who slept in it.

On the opposite bank of the Ota, a weeping willow

etches its memory of their faces into the water.

Where light touches the face, the character for heart is written.

She strokes a burnt trunk wrapped in straw:

Do you think for a moment we were human beings to them?

She comes to the stone angel holding paper cranes.

Not an angel, but a woman where she once had been,

who walks through the garden Shukkei-en

calling the carp to the surface by clapping her hands.

Do Americans think of us?

So she began as we squatted over the toilets:

If you want, I'll tell you, but nothing I say will be enough.

We tried to dress our burns with vegetable oil.

Her hair is the white froth of rice rising up kettlesides, her mind also.

In the postwar years she thought deeply about how to live.

The common greeting dozo-yiroshku is please take care of me.

All hibakusha still alive were children then.

A cemetery seen from the air is a child's city.

it reminds me of a woman's brain crushed under a roof.

Perhaps my language is too precise, and therefore difficult to understand?

We have not, all these years, felt what you call happiness.

But at times, with good fortune, we experience something close.

As our life resembles life, and this garden the garden.

And in the silence surrounding what happened to us

it is the bell to awaken God that we've heard ringing.

3 Comments | Add a Comment
Festmény - Philadelphia
It's a strange poem something of an awkening crossed with elderly knowledge yet still more life to be had. Interestingly deep but forthright..
Stephen Roberts - Sunderland
I feel very thankful that I could read that awesome article. The way you provide values through your article is incredible. Thanks for sharing. Keep posting. We also provide Hotmail & yahoo customer care services in USA & Canada. Feel free to contact us.
Kiomi Takada - Olean