Where's My Girl Gang At? Female Friendship in Adventure Comics

The best part of comics and graphic novels for me has been the increasing celebration of female friendship and teamwork. There are a ton of comic dudes out there who disagree. They, however, are wrong. Who will have your back like your sister from another mister? Who better to celebrate Galentine's Day with but your squad of lady besties? So in the spirt of Girl Power! and Ladies Celebrating Ladies, I would like to share with you some of my favorite lady-powered adventure comics. #squadgoals indeed. 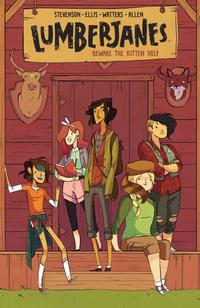 Lumberjanes Volume One: Beware the Kitten Holy
by Noelle Stevenson, Grace Ellis, Shannon Watters, and Brooke Allen
Friendship to the max! At Miss Quinzella Thiskwin Penniquiqul Thistle Crumpet's camp for hardcore lady-types, things are not what they seem. Three-eyed foxes. Secret caves. Anagrams. Luckily, Jo, April, Mal, Molly, and Ripley are five rad, butt-kicking best pals determined to have an awesome summer together—and they're not gonna let a magical quest or an array of supernatural critters get in their way! 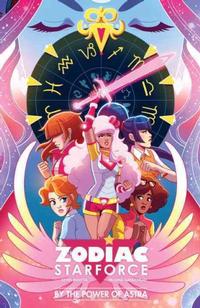 Zodiac Star Force: By the Power of Astra
by Kevin Panetta and Paulina Ganucheau
They're an elite group of teenage girls with magical powers who have sworn to protect our planet against dark creatures... as long as they can get out of class! Known as the Zodiac Starforce, these high school girls aren't just combating math tests, they're also battling monsters—not your typical afterschool activity! But when an evil force from another dimension infects team leader Emma, she must work with her team of magically powered friends to save herself and the world from the evil Diana and her mean-girl minions! This super-fun and heartfelt story of growing up and friendship offers plenty of magical-girl fighting action, while also delivering the most exciting new ensemble cast in comics! 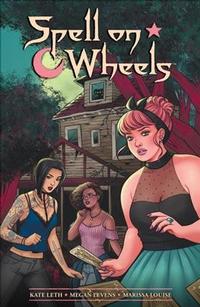 Spell on Wheels
by Kate Leth, Megan Levens, and Marissa Louise
Three young witches head out on an east coast road trip to retrieve their stolen belongings and track down the mysterious thief before he can do any damage to—or with—their possessions. It's The Craft meets every road trip movie you've ever seen, with equal parts comedy and battling the forces of darkness, held together with strong, female friendships at the center. 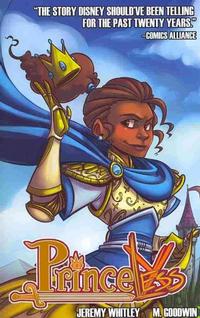 Princeless Volume One: Save Yourself
by Jeremy Whitley and M. Goodwin
Locked in a tower waiting for a prince to rescue you? Princess Adrienne is not going out like that. She escapes from the tower with the help of her guardian dragon, Sparky, and picks up a plucky sidekick, Bedelia, then sets off on a quest to rescue her sisters who are suffering the same fate.  Literally sisters helping sisters. 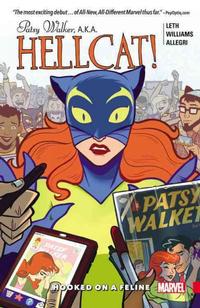 Patsy Walker a.k.a. Hellcat!
by Kate Leth, Brittney L. Williams, and Natasha Allegri
Patsy Walker has managed to escape her past, her enemies, and Hell itself (literally)—but nothing compares to job hunting in New York City! Between trying to make rent and dodging bullets, she barely has time to deal with the popular republication of her mother's exploitative romance comics about Patsy's teenage years, much less their interference with her work and dating life. As she goes from living a double life to living a triple one, what the Hell is Patsy supposed to do? There'll be burgers, monsters, and rent checks; old friends like She-Hulk and Valkyrie; and a ghost from the past with questionable motives. I don't want to spoil it for you but at one particularly low point, she calls in her female besties (She-Hulk, Jane Foster - The Mighty Thor, and Scarlet Witch, among other lady superheroes) for a consultation and commiseration brunch. Talk about relatable! 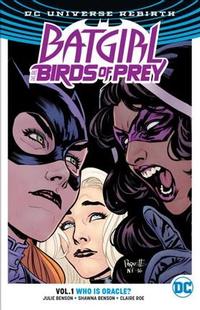 Batgirl and the Birds of Prey Volume One: Who is Oracle?
by Julie Benson, Shawna Benson, and Claire Roe
Barbara Gordon is no stranger to secrets: she's the daughter of GCPD Jim Gordon, the vigilante known as Batgirl and Oracle, and the most powerful hacker on the planet (who until now has been kept completely hidden). Someone new has resurrected the Oracle mantle that Babs once controlled, and whoever is behind it is sending Batgirl on a wild chase all across Gotham City. By her side are two equally dangerous vigilantes—Dinah Lance, the rock star-turned-superhero known as Black Canary, and Helena Bertinelli, the lethal spy codenamed the Huntress. Can this mismatched trio come together in time to solve the mystery of the new Oracle and defeat the villainous forces pitted against them? Or will these Birds of Prey have their wings clipped before they can even get off the ground? 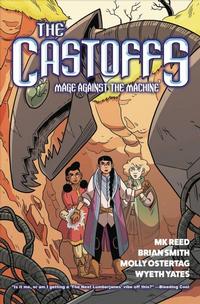 Castoffs: Mage Against the Machine
by M. K. Reed, Brian Smith, Molly Ostertag, and Wyeth Yates
Twenty years ago, mages fought for their survival against the Surrogate, a hive-minded robot army that consumed everything in its path. Now, a trio of apprentice mages must cross the ruined landscape to deliver a magical cure to a remote town. But the would-be heroes aren't exactly of the same mind: Charris is a hotheaded fighter with elemental powers; Trinh is a shy mage who can literally turn invisible; and Ursa is a healer with more power than she lets on. Can our mages stop bickering long enough to accomplish their task? And is the Surrogate really defeated? 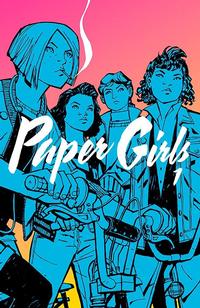 Paper Girls
by Brian K. Vaughan, Cliff Chiang, Matthew Wilson, and Jared K. Fletcher
In the early hours after Halloween on 1988, four 12-year-old newspaper delivery girls uncover the most important story of all time. Suburban drama and supernatural mysteries collide in this series about nostalgia, first jobs, and the last days of childhood. It's every slumber party you ever had, mixed with a little Stranger Things, and a dash of time travel. We're four volumes in to the series at this point and I'm still not sure what's going on, only that it takes a strong friendship and sense of loyalty to make it in both the far future and the prehistoric past.

Are we missing any of your favorites? Let us know in the comments!  Or check out this catalog list of Awesome Ladies in Comics! 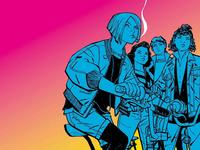