The Fiery and Dramatic Heart of Charlotte Brontë

I met Charlotte and Jane when I was in fifth grade, home sick, and totally bored. My mom gave me one of those Reader’s Digest Condensed Book collections, which contained an edition of Jane Eyre that was, I suppose, perfect not just for readers in a hurry, but also for an 11 year old stuck in bed and looking for something to take her mind off all the playground drama she was missing that day.

Reader, let it be known that playground drama has nothing on Brontë drama. I’d never met a literary hero like Jane before, and haven’t met her like since. I was, and remain, drawn to her independent streak, her willpower, her plainness, her ordinary-turned-extraordinary life. I channeled Jane in high-school drama tryouts, loudly questioning in my best stage voice whether the audition panel thought I was “an automaton?—a machine without feelings?”; I turned to her to help me make burgeoning feminist arguments in college; and in my adulthood there’s no one better to hunker down with when I need a general dose of bucking up.

Like her most famed protagonist, Charlotte was independent minded and determined, relentlessly pursuing a literary career against not just the odds, but recommendations from other authors. She pushed not just for herself, but for two other young women writers; her sisters Emily (author of Wuthering Heights) and Anne (author of Agnes Gray). Born in Thornton, England in 1816, Charlotte’s childhood was fueled by her and her siblings’ imaginative games and stories. As she reached adulthood she gave governessing a whirl, but it just wouldn’t do. And so she persisted until someone took a chance on Jane Eyre, which was published in 1847 and has been captivating and challenging readers for the 171 years since.

The Free Library has everything you need to celebrate Charlotte’s birthday, including physical and digital copies of her fiction and poetry. If you’re looking to learn more about the author’s life, times, and work, check out The Secret History of Jane Eyre by John Pfordresher, listen in on Claire Harman’s 2016 biography Charlotte  Brontë: A Fiery Heart available as an audiobook on Hoopla, or stream one of the movies or documentaries devoted to her and her sisters on Kanopy. And if you missed the obituary that The New York Times ran for Charlotte this winter—after failing to publish one when she died in 1855—you can access the Times via the Free Library’s complimentary new online service to give it a read. 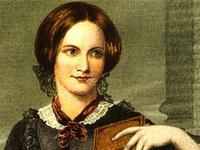 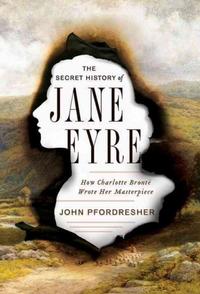 The Secret History of Jane Eyre by John Pfordresher 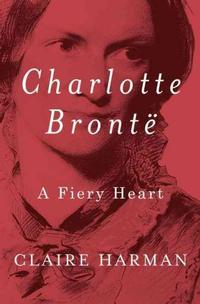 Charlotte Brontë: A Fiery Heart by Claire Harman, available as an audiobook on Hoopla.
Add a Comment