June’s selections are an eclectic mix of kids and pet problems, a Muslim Arab-American teenager navigating cultural and personal relationships, a family attempting to survive a home invasion during an apocalypse, an entertaining look at hormones, and a funny first love and coming out tale. We hope you enjoy our recommendations, all available in June at a neighborhood library near you. 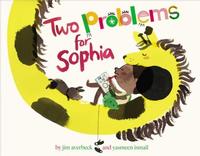 Two Problems for Sophia by Jim Averbeck; illustrated by Yasmeen Ismail
Sophia, the irrepressible character from One Word from Sophia, is back in a delightfully new book. Sophia is very happy with her new pet, Noodles, but not everyone in her family shares her enthusiasm. In fact, there’s trouble in her household. Will Noodles be allowed to stay? It’s up to Sophia to come up with a solution! 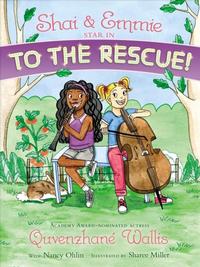 Shai & Emmie Star in To The Rescue! by Quvenzhane Wallis
Have you discovered the Shai & Emmie series yet?  Shai, an African-American 3rd grade girl, and her best friend Emmie, a white 3rd grade girl, both attend a performing arts school in Atlanta. In this book, the third in the series, Shai is already busy with her mother away and the Student Orchestra's benefit concert is coming up, but that does not stop her from helping a stray animal in her backyard. 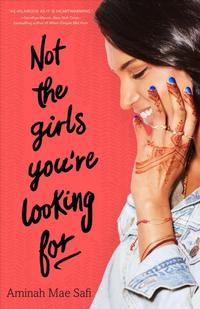 Not The Girls You’re Looking For by Aminah Mae Safi
Lulu Saad doesn't need your advice, thank you very much. She's got her three best friends and nothing can stop her from conquering the known world. Sure, for half a minute she thought she’d nearly drowned a cute guy at a party, but he was totally faking it. And fine, yes, she caused a scene during Ramadan. It's all under control. Ish. Except maybe this time she’s done a little more damage than she realizes. And if Lulu can't find her way out of this mess soon, she'll have to do more than repair friendships, family alliances, and wet clothing. She'll have to go looking for herself. 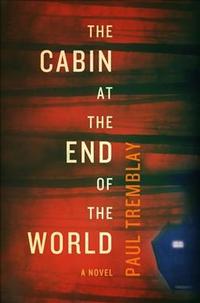 The Cabin at the End of the World by Paul Tremblay
Seven-year-old Wen and her parents, Eric and Andrew, are vacationing at a remote cabin on a quiet New Hampshire lake. Their closest neighbors are more than two miles in either direction along a rutted dirt road. One afternoon, as Wen catches grasshoppers in the front yard, a stranger unexpectedly appears in the driveway. Leonard is the largest man Wen has ever seen but he is young, friendly, and he wins her over almost instantly. Leonard and Wen talk and play until Leonard abruptly apologizes and tells Wen, "None of what's going to happen is your fault." Three more strangers then arrive at the cabin carrying unidentifiable, menacing objects. As Wen sprints inside to warn her parents, Leonard calls out: "Your dads won't want to let us in, Wen. But they have to. We need your help to save the world." Thus begins an unbearably tense, gripping tale of paranoia, sacrifice, apocalypse, and survival that escalates to a shattering conclusion, one in which the fate of a loving family and quite possibly all of humanity are entwined. 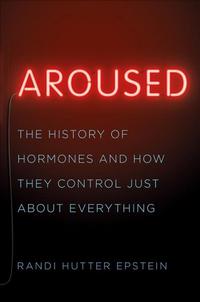 Aroused: The History of Hormones and How They Control Just About Everything by Randi Hutter Epstein
Epstein delves into the history and important role of hormones. Hormones arouse; exciting receptors on target cells, flipping switches that get things going. Metabolism, behavior, sleep, mood swings, the immune system, fighting, fleeing, puberty, and sex are just a few of the things our bodies control with hormones. Epstein mixes wit, anecdotes, and examples from medical history to tell the stories of daring scientists, desperate parents, and even curious shoppers trying to tap into the hormone hype in order to live a little longer or feel a little better.

Randi Hutter Epstein is coming to the Parkway Central library on June 26 to talk about her book during a free event that’s part of our Author Events series. 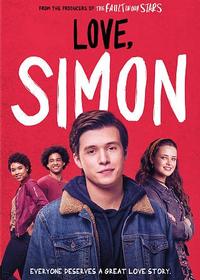 Love, Simon | starring Nick Robinson, Jennifer Garner, and Josh Duhamel | directed by Greg Berlanti
Young love is never easy, but for Simon, it's even more complicated than usual. Living as a closeted gay youth, he struggles to explore his romantic options just as he's coming to the age where they're supposed to be so common for everyone else. The usual challenges of a senior's last year in high school complicate his internal struggles all the more since he doesn't actually know the identity of the anonymous classmate he's fallen for online. Before Simon can figure out how to find what he's looking for, he has to first grapple with a stranger's threats to reveal his secrets. Based on Becky Albertalli's acclaimed novel Simon vs. the Homo Sapiens Agenda, this is a funny and heartfelt coming-of-age story about the thrilling ride of finding yourself and falling in love. 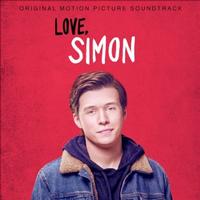 These new titles and more will be available in June at a neighborhood library near you!
Add a Comment