The dog days of summer may be upon us, but shake off that I’ll-just-lie-on-the-couch attitude and head out to your neighborhood library to find a good book... then you can lie on the couch to read it!  We regret to say that we don’t have any new titles about dogs on our August list, but we do have a good selection of titles about angst, friendships, and adventure for your reading pleasure. Take a break from the summer heat and check out a cool new title this month! 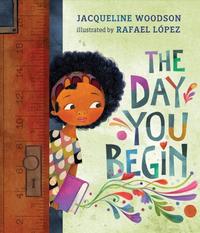 The Day You Begin by Jacqueline Woodson; illustrated by Rafael López
At some point, we have all felt a bit different or a bit out of place. Combining lyrical text with radiant illustrations, Jacqueline Woodson and Rafael López tell a moving and hopeful tale about finding the courage to connect, even when you feel like you don’t belong. 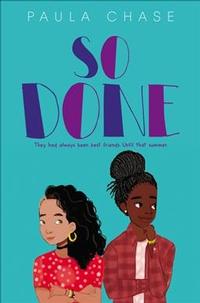 So Done by Paula Chase
13 year-olds Metai and Jamila have been life-long friends, but now they’re growing up and growing apart. Both aspire to be dancers and avoid street life.  After Mila spends the summer away from the city at her aunt’s house, both she and Tai know things are different, but not sure why. The only things they seem to have in common are their love of dance and an important audition for school. Be sure and check this one out! 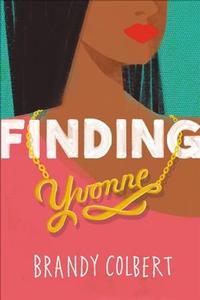 Finding Yvonne by Brandy Colbert
Raised by a workaholic father who is a restauranteur, eighteen-year-old Yvonne faces difficult choices about love, her training as a violinist, college, and her career as high school graduation draws near. 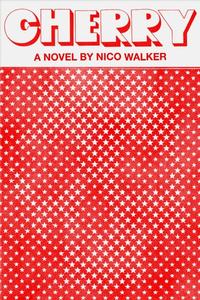 Cherry by Nico Walker
It’s Cleveland, 2003. A young man is just a college freshman when he meets Emily. They share a passion for Edward Albee and Ecstasy , as they fall hard and fast in love. But soon Emily has to move home to Elba, New York and he flunks out of school and joins the Army. Desperate to keep their relationship alive, they marry before he ships out to Iraq. But as an Army medic, he is unprepared for the grisly reality that awaits him. His fellow soldiers smoke; they huff computer duster; they take painkillers; they watch porn. And many of them die. He and Emily try to make their long-distance marriage work, but when he returns from Iraq, his PTSD is profound, and the drugs on the street have changed. The opioid crisis is beginning to swallow up the Midwest. Soon he is hooked on heroin, and so is Emily. They attempt a normal life, but with their money drying up, he turns to the one thing he thinks he could be really good at—robbing banks. 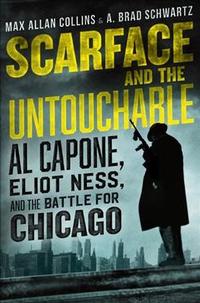 Scarface and the Untouchable: Al Capone, Eliot Ness, and the Battle for Chicago by Max Allen Collins and A. Brad Schwartz
"I like Chicago. It’s my home and I pay taxes here. I’m not a gangster, I’m a real estate broker" – so said Al Capone to the press. This is a riveting account of Al Capone’s rise and activities; the background of Eliot Ness, the legendary Prohibition agent whose investigative work crippled his organization; and other key players (a Rogues Gallery included) in Chicago during it's Prohibition and gangster heyday. 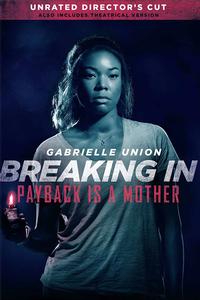 Breaking In (release date 8/7/2018)
Starring Gabrielle Union | Directed by James McTeigue
Gabrielle Union stars as Shaun Russel, a woman whose life is thrown into turmoil after her father's unexpected death. She takes her two young children out to his mansion in Malibu to attempt to settle his estate. The mansion is designed with state-of-the-art security that ends up trapping her kids inside, along with four criminals who plan to capture her late father's wealth. Shaun will stop at nothing to rescue her two children being held hostage in a house designed with impenetrable security. No trap, no trick—and especially no man inside—can match a mother on a mission determined to break in.

Take a break from the summer heat and check out a cool new title at a neighborhood library near you!
2 Comments | Add a Comment
IM HAPPY TO KNOW THAT THERE R NEW TITLE COMING OUT , WELCOME
CURTIS MITCHELL - PHILADELPHIA PA
A Fantastic Woman is available on Blu Ray. Will it be acquired on DVD?
Libby Weiss - Phila