We started out with 32 blockbuster best-selling books from a variety of genres... over 5 weeks, the books were voted upon by you, our faithful blog readers and library patrons... as each week passed, winners and losers were chosen by the click of a button... until the final victor was chosen...

And now, the winner of our first online bracket-style tournament is... The Hitchhiker's Guide to the Galaxy by Douglas Adams! 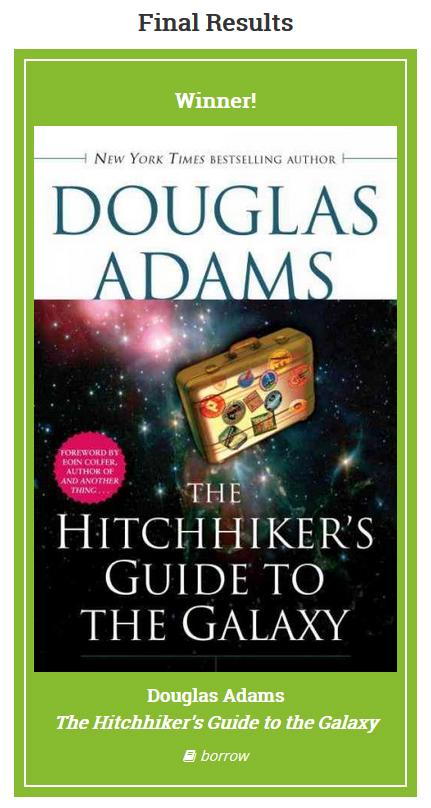 The comedic science fiction book (and ensuing sequels) that started in the late 1970s seems to have held its relevance with modern-day audiences. Who can't relate to the narrative of the misadventures of the last surviving man on Earth, Arthur Dent, following the demolition of the planet by an alien fleet that wants to make way for a hyperspace bypass? In all seriousness, there are plenty of great life lessons to be learned from the book including:

The Hitchhiker's universe is so loved that it has been adapted numerous times, so many in fact that it's perhaps ironic that a book that's a "guide" may actually need a guide itself to understand the whole thing!

Did you enjoy this online game we assembled? If so, do you think we should create another one? What topic would you like to see featured in a possible future game? Let us now in the comments! 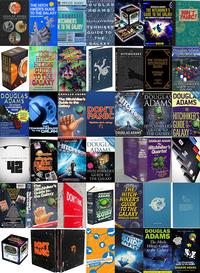 A guide to The Hitchhiker's Guide to the Galaxy...
1 Comment | Add a Comment
I loved this idea!!! Had so much fun playing along
Steph