September already!?! What happened to the summer? Are you mourning the end of long, lazy days? Or maybe you’re happily anticipating the coming of cooler temps and Fall fun? Whatever your perspective, we have some good choices to give you a lift, ranging from fun children’s titles to inspirational and practical adult nonfiction. Look for these titles at your neighborhood library! 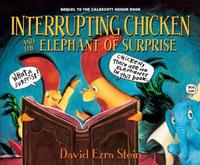 Interrupting Chicken and the Elephant of Surprise by David Ezra Stein
Interrupting Chicken is back and she just learned in school about something every good story has—an elephant of surprise! Papa is not convinced. He thinks little Chicken means an "element" of surprise. Papa is sure he can convince her he’s right. After all, there are definitely no elephants in "The Ugly Duckling," "Rapunzel," or "The Little Mermaid"—or are there? Elephant or element, something unexpected awaits Papa in every story, but a surprise may be in store for the little red chicken as well. Full of the same boisterous charm that made the first book so beloved by readers, this gleeful follow-up is sure to delight fans of stories, surprises, and elephants alike. 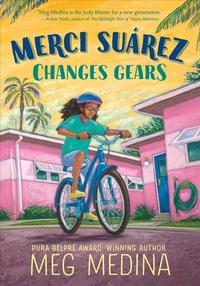 Merci Suárez Changes Gears by Meg Medina
Eleven-year-old Cuban-American Merci Suárez attends Seaward Pines Academy on a scholarship. The start of 6th grade is bringing about all kinds of changes, both at school and at home. She becomes friends with new student, Michael Clark, but then has to deal with the jealousy of popular girl, Edna.  She always confided in her beloved Abuelo Lolo (grandfather), but lately he is becoming more and more forgetful. Come along for the ride with Merci, as she finds out when "like" doesn’t mean "like", and being popular doesn’t always mean having friends. 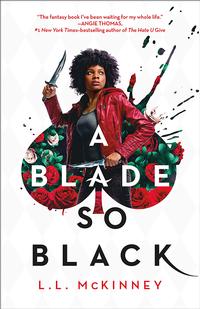 A Blade So Black by L.L. McKinney
The first time the Nightmares came, it nearly cost Alice her life. Now she's trained to battle monstrous creatures in the dark dream realm known as Wonderland with magic weapons and hardcore fighting skills. Yet even warriors have a curfew. Life in real-world Atlanta isn't always so simple, as Alice juggles an overprotective mom, a high-maintenance best friend, and a slipping GPA. Keeping the Nightmares at bay is turning into a full-time job. When Alice's handsome and mysterious mentor is poisoned, she has to find the antidote by venturing deeper into Wonderland than she’s ever gone before. She'll need to use everything she's learned in both worlds to keep from losing her head... literally! 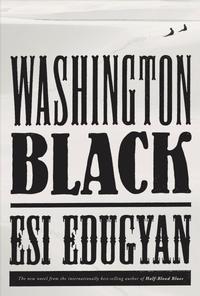 Washington Black by Esi Edugyan
George Washington Black, or "Wash," an eleven-year-old field slave on a Barbados sugar plantation, is terrified to be chosen by his master's brother as his manservant. To his surprise, the eccentric Christopher Wilde turns out to be a naturalist, explorer, inventor, and abolitionist. Soon Wash is initiated into a world where a flying machine can carry a man across the sky, where even a boy born in chains may embrace a life of dignity and meaning-, and where two people—separated by an impossible divide—can begin to see each other as human. When a man is killed and a bounty is placed on Wash's head, Christopher and Wash must abandon everything. What follows is their flight along the eastern coast of America and, finally, to a remote outpost in the Arctic. What brings Christopher and Wash together will tear them apart, propelling Wash even further across the globe in search of his true self. From the blistering cane fields of the Caribbean to the frozen Far North, from the earliest aquariums of London to the eerie deserts of Morocco, this is a story of self-invention and betrayal, of love and redemption, of a world destroyed and made whole again, and asks the question, What is true freedom? Longlisted for the 2018 Man Booker Prize. 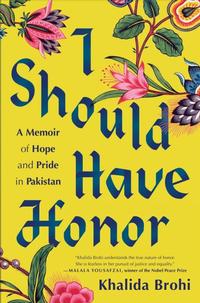 I Should Have Honor by Khalida Brohi
When she was 16, Pakistani Khalida Brohi witnessed the honor killing of a friend who had married someone she loved instead of a family-approved choice. The experience inspired her to found Sughar, a nonprofit empowering women in 23 villages in rural Pakistan. Women receive six months of training in skills development and entrepreneurship using traditional embroidery, as well as education about their rights under Islam and their right to an education.  A fearless memoir about tribal life in Pakistan and the act of violence that inspired one ambitious young woman to pursue a life of activism and female empowerment. 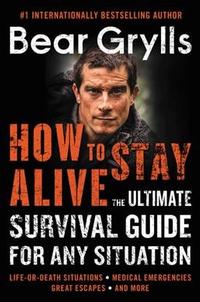 How to Stay Alive: The Ultimate Survival Guide for Any Situation by Bear Grylls
For more than a decade, Bear Grylls has introduced viewers to the most dramatic wilderness survival situations through his hit shows such as Man vs. Wild. With his newest book, Bear brings readers inside the wide variety of vital survival tactics he utilizes all the time, from basic everyday skills like avoiding blisters, to once-in-a-lifetime events like surviving a kidnapping. 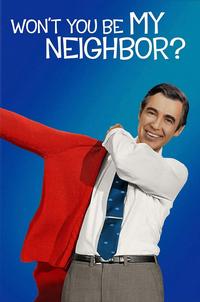 Won't You Be My Neighbor? | directed by Morgan Neville (release date 9/4/2018)
Academy Award-winning filmmaker Morgan Neville takes an intimate look at America's favorite neighbor—children's television host, Fred Rogers. This biographical documentary is an exploration of the life, lessons, and legacy of a man whom we all think we know. As one of America's most beloved children's show hosts, Mr. Rogers remains one of the most iconic television figures for families worldwide. This film takes a closer look at the person behind the show, persona, and personality and into the heart of a creative genius who inspired generations of children with compassion and limitless imagination. Through his children's show, Mr. Rogers, with his zip-up cardigans and the land of make-believe, helped define what it meant to be a good person and be a part of a healthy community. Mister Rogers inspired a generation by not skirting real world problems, confronting issues of social justice and maturity through a lens that provided an educational aspect that was approachable by kids and appreciated by the entire family.

Fall is just around the corner and we've got plenty of new titles for you to check out from your neighborhood library!
1 Comment | Add a Comment
Oooh, I can't wait to check out Washington Black!
Jamie - Philadelphia