If you’re looking for fun or interesting, then this list is for you. Our new offerings for November are all over the spectrum of genres and subjects. We have funny, fantastical, dramatic, grossly scientific, and religious. Read all about them here and find them yourselves at a neighborhood library new you. 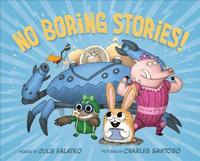 No Boring Stories! written by Julie Falatko | illustrated by Charles Santoso
The unpopular animals have had enough. They want to be in a picture book! Stories about mommy-loving kitties and cuddly bunnies at bedtime are boring.  Wouldn’t you rather hear about yeti crabs in robo suits and fierce babirusa princesses who fight giant grape monsters?! This group of misfits has a unique story to tell, but they’ll never finish writing it if their over-eager bunny neighbor won’t GO AWAY! 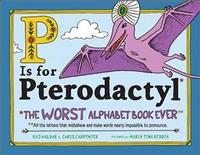 P Is for Pterodactyl: The Worst Alphabet Book Ever written by Raj Haldar and Chris Carpenter | illustrated by Maria Beddia
Raj Haldar (aka Lushlife) and Chris Carpenter have written an unconventional alphabet book for those learning English as a second language or for beginning readers. Clever, colorful illustrations by Maria Beddia bring life to this unique take on English vocabulary. Both Haldar and Beddia are local authors/artists. 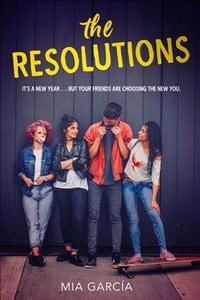 The Resolutions by Mia Garcia
The New Year is for fresh starts, but Jess just wants everything to go back to the way it was. From hiking trips, to four-person birthday parties, to never-ending group texts, Jess, Lee, Ryan, and Nora have always been inseparable—and unstoppable. But now, with senior year on the horizon, they’ve been splintering off and growing apart. And so, as always, Jess makes a plan. Reinstating their usual tradition of making resolutions together on New Year’s Eve, Jess adds a new twist: instead of making their own resolutions, the four friends assign them for each other—dares like kiss someone you know is wrong for you, show your paintings, learn Spanish, say yes to everything. But not even the best laid plans can take into account the uncertainties of life. As the year unfolds, Jess, Ryan, Nora, and Lee each test the bonds that hold them together. And amid first loves, heart breaks, and life-changing decisions, beginning again is never as simple as it seems. 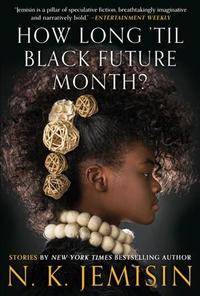 How Long 'til Black Future Month? by N. K. Jemisin
Hugo award-winning and New York Times bestselling author N. K. Jemisin is one of the most powerful and acclaimed speculative fiction authors of our time. In the first collection of her evocative short fiction, Jemisin equally challenges and delights readers with thought-provoking narratives of destruction, rebirth, and redemption. In these stories, Jemisin sharply examines modern society, infusing magic into the mundane, and drawing deft parallels in the fantasy realms of her imagination. Dragons and hateful spirits haunt the flooded streets of New Orleans in the aftermath of Hurricane Katrina. In a parallel universe, a utopian society watches our world, trying to learn from our mistakes. A black mother in the Jim Crow South must save her daughter from a fairy offering impossible promises. And in the Hugo award-nominated short story "The City Born Great," a young street kid fights to give birth to an old metropolis's soul. 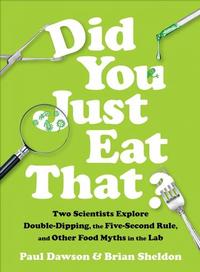 Did You Just Eat That?: Two Scientists Explore Double-Dipping, the Five-Second Rule, and Other Food Myths in the Lab by Paul Dawson and Brian Sheldon
Is the five second rule legitimate? How gross is backwash? Are electric hand dryers really bacteria blowers? Food scientists Paul Dawson (professor at Clemson University) and Brian Sheldon (professor emeritus in food microbiology at North Caroline University) explore these and more perennial questions when it comes to food and germs. They list their materials and methods and guide you through their results while offering explanations of food safety and microbiology. 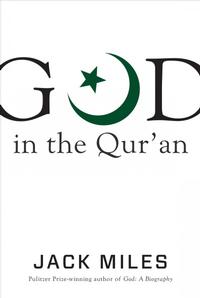 God in the Qur'an by Jack Miles
Who is Allah? What makes Him unique? And what does He ask of those who submit to His teachings? This third book in a series by the Pulitzer Prize-winning author sets passages from the Hebrew Bible, the New Testament, and the Qur'an side by side; illuminates what is unique about Allah, His teachings and His temperament; and in doing so revises that which is false, distorted, or simply absent from our conception of the heart of Islam. Miles writes, "I hope [that by reading this book] you may find it a little easier to trust the Muslim next door, thinking of him as someone whose religion, after all, may not be so wildly unreasonable that someone holding to it could not be a trusted friend." 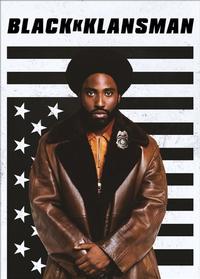 BlacKkKlansman starring John David Washington, Adam Driver, Laura Harrier | directed by Spike Lee (release date November 6)
Filmmaker Spike Lee takes a satirical and provocative look at American race relations in this comedy that is based on the incredible true story of an American hero. Set in the 1970s, Ron Stallworth (John David Washington), no ordinary police officer, is the first African-American detective to serve in the Colorado Springs Police Department. His unique and dangerous mission is to infiltrate the Ku Klux Klan. With the help of seasoned colleague Flip Zimmerman (Adam Driver) as his white surrogate, they team up for an undercover investigation of a lifetime. Together, they aim to take down the extremist hate group as the organization sanitizes its violent rhetoric to appeal to the mainstream.

Check out these new titles coming to a neighborhood library near you in November!
Add a Comment