November is Native American Heritage Month, and although "Native American" is a bit of a misnomer, Indigenous peoples have been here long before there even was an “America”.

My favorite interactive map right now shows which Indigenous First Nations were living on the land that was colonized—its really fascinating. For example, all of Philadelphia is on Lenape land! You can learn more from Native-Land.ca.

There are a ton of Indigenous/First Nations writers creating amazing and varied teen fiction, nonfiction and graphic novels today. Here are a few of my recent favorites: 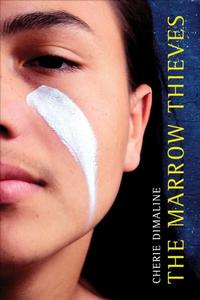 The Marrow Thieves by Cherie Dimaline
In a future world ravaged by global warming, people have lost the ability to dream, and the dreamlessness has led to widespread madness. The only people still able to dream are North America's indigenous population—and it is their marrow that holds the cure for the rest of the world. But getting the marrow—and dreams—means death for the unwilling donors. Driven to flight, a 15-year-old and his companions struggle for survival, attempt to reunite with loved ones, and take refuge from the "recruiters" who seek them out to bring them to the marrow-stealing factories. 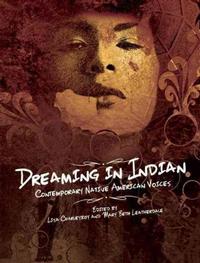 Dreaming in Indian: Contemporary Native American Voices edited by Lisa Charleyboy
Anthology of art and writings from some of the most groundbreaking Native artists working in North America today. Emerging and established Native artists, including acclaimed author Joseph Boyden, renowned visual artist Bunky Echo Hawk, and stand-up comedian Ryan McMahon, contribute thoughtful and heartfelt pieces on their experiences growing up Indigenous, expressing them through such mediums as art, food, the written word, sport, dance, and fashion. Renowned chef Aaron Bear Robe explains how he introduces restaurant customers to his culture by reinventing traditional dishes. And in a dramatic photo spread, model Ashley Callingbull and photographer Thosh Collins reappropriate the trend of wearing "Native" clothing. Whether addressing the effects of residential schools, calling out bullies through personal manifestos, or simply citing hopes for the future, Dreaming In Indian refuses to shy away from difficult topics. 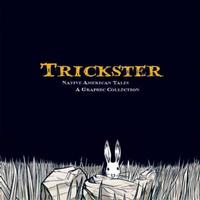 Trickster: Native American Tales edited by Matt Dembicki
Meet the Trickster, a crafty creature or being who disrupts the order of things, often humiliating others and sometimes himself in the process. Whether a coyote or rabbit, raccoon or raven, Tricksters use cunning to get food, steal precious possessions, or simply cause mischief. In this graphic novel anthology of Native American trickster tales, more than twenty Native American stories are cleverly adapted into comics form. An inspired collaboration between Native writers and accomplished artists, these tales bring the Trickster back into popular culture. From an ego-driven social misstep in "Coyote and the Pebbles" to the hijinks of "How Wildcat Caught a Turkey" and the hilarity of "Rabbit's Choctaw Tail Tale," Trickster brings together Native American folklore and the world of graphic novels for the first time. 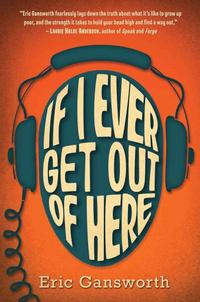 If I Ever Get Out of Here by Eric Gansworth
Lewis "Shoe" Blake is used to the joys and difficulties of life on the Tuscarora Indian reservation in 1975: the joking, the Fireball games, the snow blowing through his roof. What he's not used to is white people being nice to him—people like George Haddonfield, whose family recently moved to town with the Air Force. As the boys connect through their mutual passion for music, especially The Beatles, Lewis has to lie more and more to hide the reality of his family's poverty from George. He also has to deal with the vicious Evan Reininger, who makes Lewis the special target of his wrath. But when everyone else is on Evan's side, how can he be defeated? And if George finds out the truth about Lewis's home—will he still be his friend?

There are a ton of other great First Nations writers out there that I didn’t even get to like Tim Tingle, Cynthia Leitich Smith, Rebecca Roanhorse, and of course Joseph Bruchac. Do yourself a favor and check out some of their writing and other amazing First Nations Young Adult titles in our catalog! 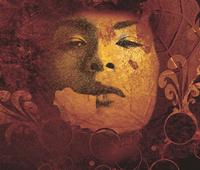