There's Something About Jane

I’ve always been an avid reader. My love of literature filtered its way into my studies. English was usually my favorite class in middle school and high school—it even became my major in college.

Yet, I have no interest in Jane Austen.

Yeah, I know—a blasphemous statement from someone who majored in English and read a handful of classics with appreciation.

Let me upset everyone some more: I’ve only read Pride and Prejudice. Honestly, I didn’t care for it. But now you can take all of this with a grain of salt. I’m no Austen expert.

I can admit that she was an important female author, one who had a profound impact on literature. She sounds like she was intelligent, witty, eloquent, and funny. 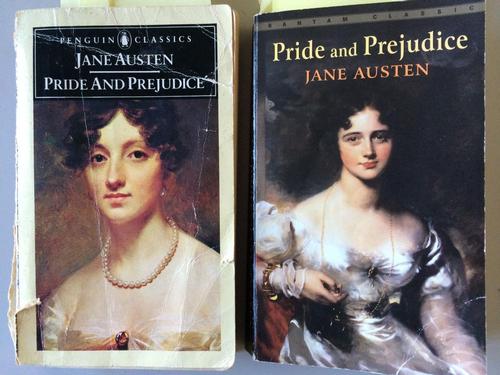 But, I didn’t like Pride and Prejudice. Maybe the disappointment was inevitable due to the "hype"—like when your friend raves about a movie she just saw and claims that it was the most amazing, best movie ever. Then, you see it, and you’re like … I mean, I guess this was fine? But why does she throw the necklace in the water again? (Yeah, I don’t like Titanic either. Yes, I do have a heart, leave me alone—that movie is not good).

More so, I wasn’t attracted to the plot in general. I know that Austen plays with irony. In some form, she’s critiquing the society in which she lived and the way that women had to depend on marriage to rise through the ranks in society. Despite her social commentary, I would say Pride & Prejudice is a Victorian rom-com where the women get bamboozled, the men act like fools, and yet the same women still end up with these guys who were subpar at best. 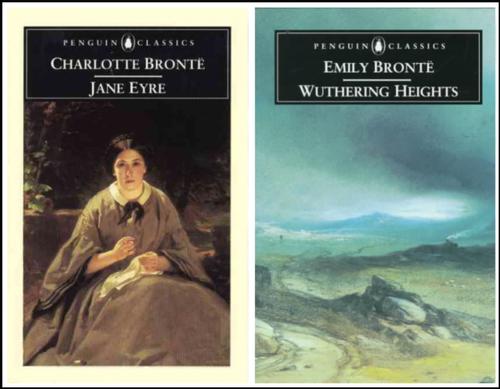 It might just sound like I don’t enjoy this genre. That’s not true. When I first read Charlotte Brontë’s Jane Eyre, I loved it. I do think that it’s quite different from Austen’s most well-known novel (not just because it’s more interesting). I also really liked Emily Brontë’s Wuthering Heights. Both stories are a bit rougher than Pride and Prejudice, not quite as proper, far darker, but still include complicated love stories and tense familial relations nonetheless.

So, to go on … one of the most irritating parts of Pride and Prejudice is its lead male protagonist, Mr. Darcy.

Look, guys—Mr. Darcy is a jerk.

Now, you might be like, "Well, Rochester in Jane Eyre was a jerk! And basically everyone in Wuthering Heights was a jerk!" Yeah, I’m not denying that. Rochester was pretty terrible. Heathcliff? Yeah, also not a great dude. 0/10, would not recommend dating either of them. But these novels don’t deny that these lead characters are terrible. In a way, the stories are based in their flaws.

By the end of the novel, Mr. Darcy is supposedly a dreamy, ideal guy. I’m supposed to recognize something about how first impressions aren’t always accurate (true), but Mr. Darcy was basically like "this girl isn’t hot enough to dance with, so she’s not worth my time" (not a direct quote). Not cool. Then, he gets to know her, realizes she’s pretty and great, falls in love with her, and redeems himself, etc.—after countless more pages of acting like a brat, of course.

Okay, so Jane Austen may have also inspired the plot of every rom-com (good or bad) ever. Touché, Jane.

Perhaps Pride and Prejudice is too rooted in the era it was written. I don’t feel a connection with the story. I don’t relate to any of the characters. Jane Austen was a white woman who wrote for her fellow white women in the particular section of society in which she lived. She writes about 5 Bennett sisters, but I can’t even remember all of their names. Let’s be real, you only remember Elizabeth, Jane, and maybe Lydia. Only Elizabeth feels fleshed out. Who are the other sisters anyway? What’s their purpose? I would have liked to know more about them, but they fall flat and fade into the background.

The happy ending is about finding love, but also about the women getting married like they’re supposed to (although you can argue that was the only option for them). Maybe I needed something a little more rebellious, more overtly critical. Maybe too much of my modern perspective is playing out here—a perspective that may not have even been feasible in the era in which Austen lived.

Despite my qualms, Jane Austen will always matter. Her accomplishments paved the way for women and inspired a ton of great literature (and rom-coms apparently).

So, in all honesty … thank you and happy birthday, Jane!

P.S. By the way, there’s a whole sub-genre of Pride and Prejudice-based fiction that includes zombies. So, there’s that. Maybe that’s more my thing? 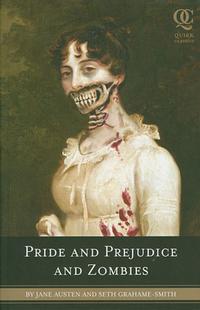 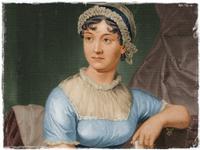