#OneBookWednesday: It's Time to Discuss!

We’re about a month away from kicking off the One Book, One Philadelphia 2019 season. After the official Kickoff Event, eight weeks of discussions, films, performances, and more take place across the city!

Even if you haven’t read the book, that still gives you a bit of time to catch up! And, if you don’t tackle it before the programming portion of the season starts, that shouldn’t prevent you from joining in the conversation.

Here are some notes to guide you through the season, especially as you head out to a book discussion.

Now, tuck those tips away, and make sure to check out the programs that will bring Philadelphians together this One Book season from January 16 to March 13. We sure have a lot to discuss in the months ahead!

Join in the conversation and discussion during One Book, One Philadelphia 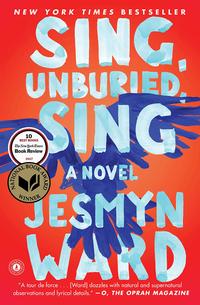