The Well-Read World of Mrs. Maisel

It’s back: the 1950s fast-bantered, visually stunning pop culture fever dream that is Amazon’s The Marvelous Mrs. Maisel. Well, we should all be so lucky to have fever dreams this entertaining.

From the opening minutes of the Emmy-winning first season about a woman working her way through her husband’s departure by discovering her talent as a stand-up comedienne, to the highly anticipated debut of the second season which debuted on December 5, show runner Amy Sherman Palladino treats viewers to pop culture-infused historical fiction, where her fictional Midge mingles with real-life comedy legends like Lenny Bruce and Red Skelton.

The series owes much of its appeal to the journey of the titular character, and the world built around her. The award-winning and precisely period set design—which gets everything right down to the types of screws in the set—is admirable, only to be outdone by the incredible cast of supporting characters.

Which brings me to Abe. Abe is the best. Abe is my father if you replaced fishing rods with books.

In fact, every character in the show feels like a sparkling version of someone you know, because not only are they relatable, but also because they are idealized. The characters in the series—as well as those from Sherman Palladino’s other beloved series, Gilmore Girls—are so endearing because they are witty, well-read, and highly caffeinated. On our best days, maybe we are two out of the three, but we can all hope to achieve the trifecta.

If you’d like to continue your visit to the late-1950s by reading some of the books, plays, comedians, and writers mentioned on Maisel, here is just a sampling of the references made in season one of, we hope, many.

Books and plays
The Hidden Persuaders by Vance Packard is mentioned in the first episode, playing the role as a set-up to Joel’s failed stand-up routine. Throughout the first season, A Christmas Carol by Charles Dickens, Dr. Zhivago by Boris Pasternak, The World of Suzie Wong by Richard Mason, The Picture of Dorian Grey by Oscar Wilde, and Lolita by Vladimir Nabokov are mentioned. 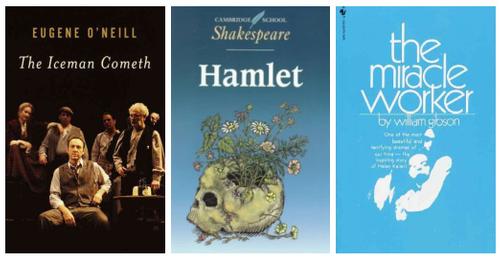 The plays The Iceman Cometh by Eugene O’Neill and Hamlet by William Shakespeare are also referenced, and The Miracle Worker by William Gibson is the set-up for more than one punchline in an awkward car ride early in the second season.

Comedians
Considering the subject matter of the show, it’s no wonder some of the greatest minds in ‘50s comedy, such as Lenny Bruce, Henny Youngman, Redd Foxx, and Steve Allen come up in dialogue. Bob Newhart, Bob Hope, and Don Rickles, whose careers continued long past the era in which the show takes place, are mentioned as well, showing the impressive span of their time in the spotlight.

Writers
A host of other writers from beat poet Allen Ginsberg to child-rearing expert Dr. Spock come up during the first season, as well as Dalton Trumbo, Jane Jacobs, Mark Twain, and Samuel Beckett. 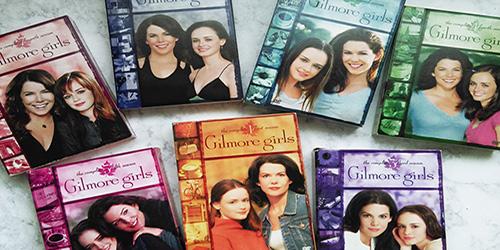 Recommended viewing
And if it’s a fast-talking female-led ensemble that leaves you wanting more, you can always check out (or, if you’re like me, infinitely revisit) the seven seasons of Gilmore Girls. But only if you’re Team Jess. Otherwise, feel free to leave a comment below and hear at length why you are wrong. 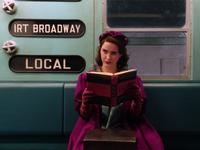 Mrs. Maisel reading on the subway.
3 Comments | Add a Comment
This is very good content you share on this blog. it's very informative and provide me future related information.
Online MBA - Noida
Team no boyfriend!!
Marietta - Philadelphia
Did anyone get the "The Little Foxes" references in Rose's trip home? Her scheming brothers are Oscar and Leo, and there are several mentions of her husband falling down the stairs.
Jack Friend - Simi Valley