Tomorrow is National Bird Day and it's making me reflect on my connection with birds and nature in general. I’ve never been able to have a relationship with birds growing up in the city. Aside from the Philly pigeons that would cross my path, there wasn’t much interaction between myself and our feathered friends. When I moved to South Philly, I remember putting out a bird feeder and waiting for flocks of birds to come from far and wide. The most I ever got was a host of birds that looked like wrens and grackles. And of course, the Philly pigeon would always make an appearance. Although the scope of birds that came to visit was limited, I loved watching them work. Some birds would discover the feed and instantly eat as much as they could. Other birds would go tell their friends where they found the jackpot, returning minutes later with an assembly to make it more of a community meal.

Ever since I moved across the bridge to New Jersey, I’ve been able to see so many more species of birds: swallows, cardinals, robins, blue jays, woodpeckers, and even hawks. I’ll never forget kayaking in Newton Lake and seeing two huge herons perched atop a rock in the middle of the water. Sometimes when I walk home, I take a specific path so I can visit the ducks. Occasionally, I even get to witness hordes of geese actually hold up traffic and I think it’s hilarious. (Not so funny for the drivers, though.)

Now is as good a time as any to make your own connection with birds, and the Free Library of Philadelphia has a ton of ways to help.

For instance, did you know that our Rare Book Department is home to Charles Dickens’ pet bird, Grip? It’s not a photo in a book… it’s the actual bird! Grip was stuffed long ago by a skilled taxidermist after she died, and has called the Free Library home since 1971.

If that’s a bit macabre for you, you can always do your own exploration of living birds by borrowing one of the many birding backpacks that we have available for lending from three locations! Each backpack includes binoculars, maps, and field guides to help you identify what you find while out exploring. This is also a brilliant way to engage with your neighborhood parks! 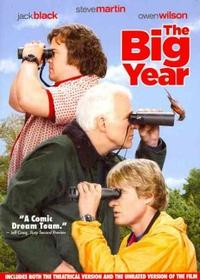 Finally, I highly recommend a movie called The Big Year, starring Steve Martin, Owen Wilson, and Jack Black. I came across it on television one Saturday afternoon a couple of years ago and I could not stop watching. It is about three bird enthusiasts who are competing to win the "Big Year", a real-life competition in which people from around the U.S. and Canada count the number of species they are able to identify in 12 months’ time. It’s educational, funny, family-friendly, and available in our libraries to borrow!

The Ruffled Grouse is the official bird of Pennsylvania.
Add a Comment