The History of Black Horror Movies

Around this time of year, all the stories concerning film seem to be about the Academy Awards: Who will host? What films were snubbed? Who will actually take home an Oscar? It's no secret there are a lot of things wrong with the Academy Awards. Genre films, especially horror movies, are hardly ever recognized, except maybe occasionally for special fx or makeup. And let's definitely not forget the Academy's diversity issue.

Want a remedy for all of the above? Then have I got a film for you! It's called Horror Noire: A History of Black Horror, a locally produced documentary film that takes a critical look over a century's worth of horror and genre films from Black filmmakers, actors, and writers.

The film's narrative originates from Dr. Robin R. Means Coleman's excellently exhaustive book Horror Noire: Blacks in American Horror Films from the 1890s to Present, examining both the triumphs and tropes in not just genre filmmaking, but the inherent exploitation of blacks throughout film history. West Philadelphia’s own Ashlee Blackwell, creator of the Graveyard Shift Sisters website, an encyclopedic and extensive online resource for Black women and women of color in the horror genre, co-wrote and co-produced this documentary.

I was lucky enough to see an advance screening of the film earlier in the month thanks to celluloid champions Exhumed Films. The film pulls no punches right from the start, examining the difficult imagery from The Birth of a Nation and the racial subtext in King Kong. We see the rise of the first Black leading man and hero on screen in Night of the Living Dead. The blaxploitation era produces movies like Blacula that project more silly on screen than scary. 1980s horror films seemed to tokenize Blacks in supporting roles that only saw them be the first to die on screen. The urban horror trend of the 1990s put Blacks back into the marquee roles and created new famous monsters like Candyman. The resurgence in the genre over recent year's is evident with the Oscar-winning, critical and commercial hit Get Out.

The documentary's dialogue-driven format really makes you feel like you are in the theater sitting right next to the actors, directors, writers, and creators discussing these films. The participation of Jordan Peele, Tony Todd, Keith David, Ken Foree, Rachel True, Miguel A. Núñez Jr., and Tina Mabry, to name just a few, make for a star-studded and immensely interesting and entertaining group of people and perspectives on genre filmmaking and the social and racial issues present in those movies.

The I-House screening I attended was a nearly sold out crowd and the Q&A with the filmmakers afterwards was just as thought-provoking as the documentary itself. While you may not get the same experience of seeing it on the big screen, I still highly recommend seeking this documentary out on Shudder's streaming service.

As a companion to the documentary, check out the following catalog list where you can find a good number of the films referenced in the documentary, as well as our Digital Media offerings from Kanopy and Hoopla.

What are some of your favorite horror movies and genre films from Black filmmakers, actors, and writers? Let us know in the comments! 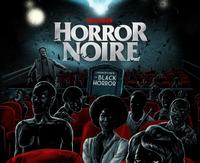 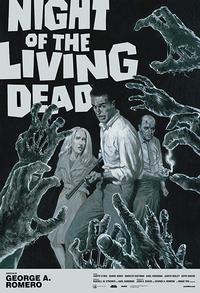 Duane Jones as Ben, front and center in the groundbreaking horror film Night of the Living Dead 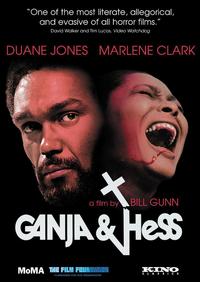