Survivors and Casualties: Domestic Housing in Philadelphia During the 18th and 19th Centuries

Domestic working and middle-class housing in Philadelphia will probably bring up images of row homes in the minds of most people. There are some notable exceptions however like The Letitia Penn house, which started out as a mid-sized, stand-alone cottage before being crowded into an alley as the result of the city’s growing population. The Edgar Allan Poe house was also a cottage before the construction of larger houses on 7th Street turned it into a back building.

In addition, the styles of row homes have changed over the past two centuries covered in this exhibition. Most obvious from the exterior are the roofs, as the general trend going from gambrel or half-gambrel to gabled with dormer windows, to lightly pitched, and in the last half of the nineteenth century, flat roofs.

Apart from the above examples, many of these styles have survived. Fishtown, South Philadelphia, Kensington, Old City, and Society Hill have numerous examples.

Unfortunately, neglect and development have also seen many meet the wrecking ball, with one of the largest single culprits the construction of Interstate 95, which runs through some of the oldest neighborhoods in Philadelphia. In 1967, architect Robert Raley was hired to record buildings in the path of the proposed interstate. Some of his measured drawings are reproduced here and the archive of his work is housed at the Athenaeum of Philadelphia.

Explore the long history of working-class housing in Philadelphia, including the ubiquitous row home and the many residences that have disappeared in the name of progress, in the exhibition Survivors and Casualties: Domestic Housing in Philadelphia During the 18th and 19th Centuries.

Currently on display in the Art Department Hallway Gallery on 2nd floor of Parkway Central Library until mid-April, 2019 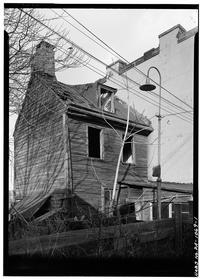 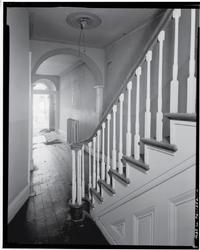 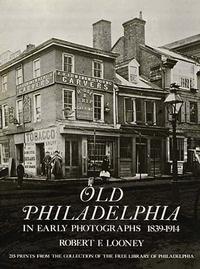 Old Philadelphia in Early Photographs: 1839-1914 by Robert F. Looney
2 Comments | Add a Comment
Hey, thanks for sharing. My grand parents were from Philadelphia.
dodo - NY
This housing is very old and nice. I am a tourist person.
rihawebtech - Bangladesh