The Mystery of Missing Persons

Many things go missing – overdue books, keys, socks in the dryer – but none of those can compare with the gravity of when a person simply disappears. Approximately 90,000 people are missing at this very moment in the United States, and while the vast majority of missing person cases are resolved quickly, the remaining 0.3% of cold cases have long tantalized armchair detectives and law enforcement pros alike. Here’s a few strange missing persons cases (some resolved, some not) you can read more about at the Free Library. 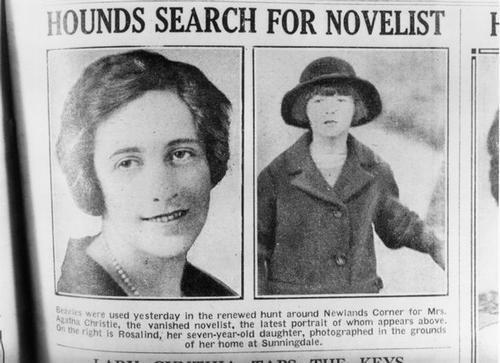 Possibly the most famous person to go missing is none other than mystery writer Agatha Christie, whose fictional detectives Hercule Poirot and Miss Marple were so beloved by British readers that she was anointed a Dame by Queen Elizabeth II. In 1926, the year her mother died, she was horrified to learn her husband was leaving her for his mistress. On December 4 of that year, her abandoned car was found in a quarry a few miles from the home she shared with her husband and young daughter, with her driver’s license and fur coat still inside. A note saying she was going to the northern country of Yorkshire was the massive man hunt’s only clue – and her embarrassed husband the key suspect. After an eleven day search, which included extensive media coverage and appeals for help to the public, Christie was found in the spa town of Harrowgate, where she had booked herself into a hotel under the name "Nancy Neele" – the name of her husband’s girlfriend.

It was conjectured at the time that she had spitefully staged the whole emergency to force her husband to return to her, but nowadays there are two competing theories: one, that after she came to her senses before a suicide attempt, she faked the disappearance to cover up her shame of nearly committing that mortal sin; or two, that the severe stress of the whole ordeal brought on a fugue state – now more medically understood as a psychiatric emergency, such as when a person is struck with temporary amnesia and wanders away from their old identity. In any case, she divorced Archibald and (happily) married archaeologist Sir Max Mallowan, about whom she quipped, "An archaeologist is the best husband a woman can have. The older she gets the more interested he is in her. You can read her memoir to get more facts about the case, but, like a true mystery writer, some scholars think the biggest clues to her disappearance are buried in the autobiographical literary fiction she wrote under the alias Mary Westmacott. 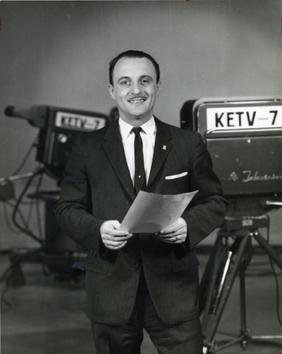 A fugue state was to blame for the disappearance of Lawrence Joseph Bader, too. On the otherwise unremarkable May 15, 1957, in Akron, Ohio, the pots and pans salesman announced to his wife and kids he was taking his boat out for a little fishing on Lake Erie. He was never seen again  . . . . until he turned up five years later in Omaha, Nebraska. Bizarrely, unlike other people who slip away to start a new life somewhere else, Bader had not kept a low profile. In his new life, he told everyone (or genuinely believed) his name was "Fritz" Johnson: a life-of-the-party extrovert who became a popular local bartender, disc jockey, and eventually a wacky TV newscaster who performed attention-getting stunts like sitting atop a 50-foot flagpole for two weeks to raise money for a polio charity. Despite his celebrity and city-wide popularity, he was only discovered when a fellow archery enthusiast from Akron spotted him at a sports expo. Crime writer Jay Robert Nash wrote about the strange case in his book Among the Missing: An Anecdotal History of Missing Persons from 1800 to the Present, and wrote many more true crime books you can find in our catalog. 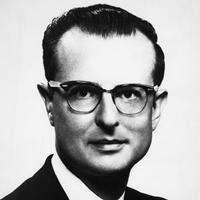 In 1971, another suburban dad, John Emil List, also decided he wanted to start over—except he did it by murdering his entire family in a meticulously premeditated massacre that baffled investigators for years. List vanished without a trace, but he didn't count on Philadelphia-based forensic art legend Frank Bender to bring him to justice. Bender was a former Navy man and photographer who started taking classes at the Pennsylvania Academy of Fine Arts. After being unable to find an anatomy class that fit his schedule, he did his own research at the city morgue. The first night he was there, the coroner was trying to identify some unclaimed remains – and to Bender’s own surprise while observing the skull, he suddenly got an intuitive flash as to what the person looked like when they were still alive. Even though he’d never made a sculpture before, he did his best guess as a portrait bust, and the resemblance was so accurate it helped identify the missing woman. 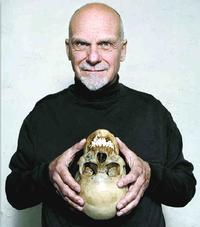 That uncanny instinct was at work when, in 1989, the TV show America’s Most Wanted commissioned Bender to imagine what John Emil List looked like 18 years after his disappearance. Bender created a bust from old photos of List and standard data about how people’s faces change with age, but followed his gut about the style of dark square glasses he imagined List would wear. Soon after the show aired, a viewer recognized her former neighbor "Robert Clark", and when List was arrested eleven days later, he was wearing the same style of glasses Bender chose. (

Bender passed away in 2007, but the Vidocq Society, an invitation-only cold-case crime solving social club he co-founded, continues with its monthly lunchtime meetings in Philly.) If a career in forensic art interests you, check out Faces of Crime by Douglas Paddock Hinkle, or the memoir Portraits of Guilt by Jeanne Boylan, the forensic artist who created the famous "Unabomber" sketch.

There are so many more fascinating missing person cases to explore at the library, including the 1920s disappearance of radio evangelist Aimee Semple McPherson, the inhabitants of the lost Roanoke Colony (and the cryptic word "CROATOAN" they left carved on a tree), the kidnapping of atheist activist Madalyn Murray O’Hair, the three men who successfully escaped from Alcatraz only to go missing, the triumph of long-term abductee Jaycee Dugard, who survived many years in captivity and who later wrote two life-affirming memoirs about her ordeal and the delights of the world she discovered after her escape, and Japanese soldier Hiroo Onoda who kept fighting World War II in the jungles of the Philippines for 29 years because nobody told him the war ended. 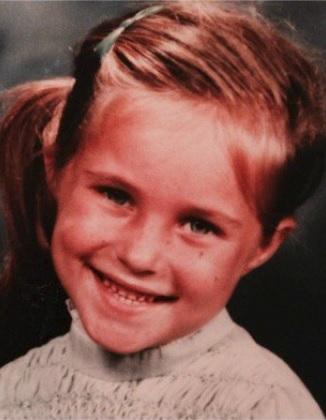 Let’s leave this discussion with the happy news of Bonnie Lohman, who was kidnapped by her noncustodial mother and stepfather when she was three years old. Even though she didn’t go to school, and her peripatetic life was very restricted, she was treated kindly by her caretakers. Her stepfather even allowed her to save a picture of a little girl who looked like her, after seeing it in the supermarket. She carried this picture everywhere and eventually left it at a friend’s house – where the friend's mother realized the picture was from a milk carton, with words the illiterate Bonnie couldn’t read at the top: MISSING. She was returned to the custody of her father and is today a nurse and mother who is grateful for the life she lived.

If you have any information about a missing person or a cold case (and there are plenty in Pennsylvania) contact The National Center for Missing and Exploited Children (NCMEC) at 1-800-THE-LOST (1-800-843-5678), the FBI’s field office in your area, or the State Police Department in your area. 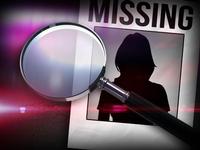 Here’s a few strange missing persons cases (some resolved, some not) you can read more about at the Free Library...
2 Comments | Add a Comment
Pretty crazy how these folks went missing
Darion
Interesting find. Im definitely going to read that autobiography. These stories are so fascinating. Thank your for the wonderful article Joseph
Joseph