It’s Laura Ingalls Wilder's Birthday today, February 7, and like many people born in the 1970s and who grew up in the 1980s, I read (and by read, I mean devoured) the Little House on the Prairie book series. I know it's not just, me because the books spawned a whole industry: a television show, cookbooks, and other books about generations of Wilders.

Let me start off by saying that I loved the Little House books when I was a kid. Let me also say that as an adult when I reflect on and re-read these stories, I’m disturbed by a lot of the content – specifically Ma and Pa’s attitudes towards both Native populations and people of color in general; and of course, Laura’s very casual tales of said problematic attitudes and events. 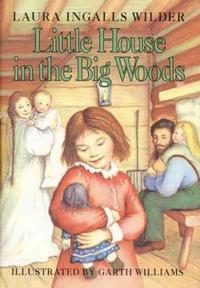 I think I was 7 or 8 when my mom lent me the copies that she had gotten as a child at her school book fair. I know, so cute, right? Growing up in twentieth century suburban New Jersey, I was for some reason very taken with the tales of nineteenth century frontier living, self-sufficiency, and family life. I still totally remember the scene in Little House in the Big Woods where the community has butchered a pig and Laura & Mary are given the pig's bladder inflated with air to play with as a toy. I have to tell you, her description of joy at this "toy" was both delightful and at the same time a little baffling. It did not make me want to give up my LEGOs or video games or books, but I was definitely intrigued by how happy they seemed. With a pigs bladder! Laura and I led very different lives, that's for sure. 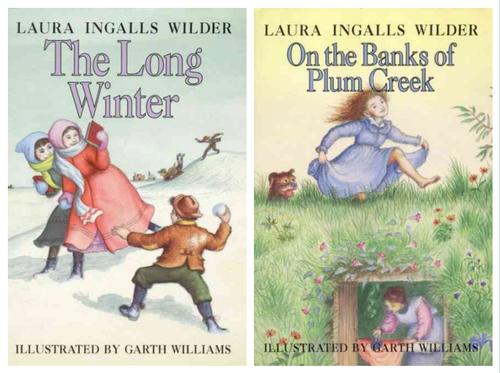 That’s sort of the best part of the Little House books – they’re so detailed and descriptive that they become immersive; I definitely felt like I was frolicking and chasing crayfish in cold water along with Laura and Mary when they lived On the Banks of Plum Creek and I was cold for the entirety of the time it took me to read The Long Winter (October to May is too long to have winter DeSmet, South Dakota – don’t @ me). But long story short... I loved them—I loved the small details, I loved what I thought were Laura's bad girl antics (she hates sewing and wants to play—me too!), and I loved that even though they were facing big challenges like moving all the time, Mary and Laura still had time for a little sibling rivalry.

When you are a kid, you read books and you love them because they make you have certain feelings or they transport you somewhere else entirely. Here’s the thing though, even though I remember LOVING the Little House books, I don’t think I remembered all of the writing—just the broad strokes and of course the pigs bladder toy. And let’s just say there was a lot happening in the books that as an adult would make me hesitate now before giving to a young reader.

How do I know? Have I re-read them every year? Do I take amazing notes on everything? I’m so glad you asked... About 10 years ago, my sister (young adult nonfiction writer Hallie Fryd) decided that she would read the Little House books for the first time and live blog the reading experience. What resulted was Psyched on the Prairie, a snark-filled romp that had me revisiting these titles for the first time in 20 or 30 years. Spoiler alert: I was about to be shocked, SHOCKED I say, at revelations about my beloved childhood favorites. If you don't have time to read the whole series you can pretty much read Psyched on the Prairie and get caught up. Also, my sister is very funny. 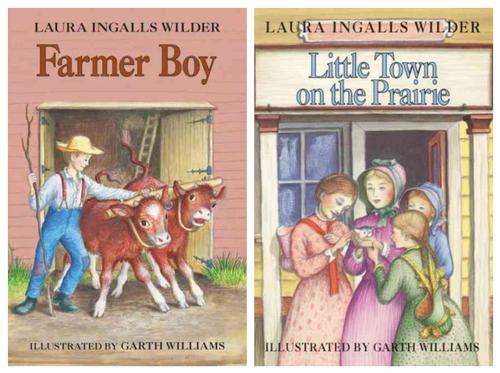 Everything starts off pretty cool in Little House in the Big Woods – Laura doesn’t know what a town is, they play with the aforementioned pig bladder, they make their own cheese, some pretty old school stuff. It gets a little dicey in Farmer Boy (Laura’s book about the childhood of her future husband, Almanzo), with the murder of one teacher and the whipping (with a twelve foot ox whip) of some rowdy "students", as well as just rampant child labor violations and abuse that I guess we just called "farming" back in the day. But the really, really problematic stuff starts as soon as the Wilders move on from Wisconsin. In Little Town on the Prairie, it’s just nonstop with racial slurs against Indigenous people – like A LOT of "wild animal" comparisons, Ma keeps calling Indigenous people "savages", and saying she doesn’t like them (hello, you’re invading their land, back off lady!). Plus Ma and Pa basically hoping that the US Government just runs all of the Native people off of what the Wilders consider to be their land. It just feels gross all around. Here is some choice commentary courtesy of Psyched on the Prairie:

"I just don't really get the whole White settler thing here. Ma calls the Indians, a 'band of shrieking devils' who are always 'under foot' which is weird when you consider that she moved into their neighborhood. The Ingalls' neighbors the Scotts are even worse saying, 'The only good Indian is a dead Indian.' There's really no way to spin that".

So, that’s pretty messed up. Like, super-duper messed up. Imagine being a First Nations kid who is assigned to read this for class or for summer reading. I bet that would feel really dehumanizing and mean spirited and just all around shitty. Also, I wonder if seven year old me noticed that and if so, what did I think of it? This would have been a really good time for past me to have kept a journal so that future me could get a sense of things.

Farther along in the book, Pa performs in blackface in a minstrel show—A MINSTREL SHOW, you guys—which I’m going to go out on a limb and say that someone knew that was messed up even in the late 19th century. There is even an illustration of said minstrel show with the word "darky", a slur in any time, used repeatedly. I feel gross just typing it – please know it’s not a judgement call, its a quotation and directly from the book.

I could go on and on through the rest of the books but the many, many, many Little House blogs and critiques out there do an outstanding job of breaking things down, sometimes with humor and sometimes with excruciating detail. 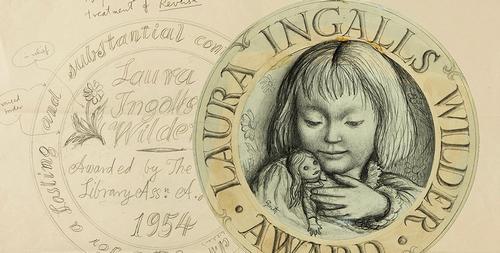 A lot of us over time, and especially in the past year with the renaming of the lifetime achievement award for children’s literature from the Wilder Award to Children’s Literature Legacy Award (a move I whole heartedly endorse), have tried to explain these kinds of scenes away as a description of "the way things were" or "a product of its time". But we live in the present day now—these things not only aren’t okay, we recognize them as hateful and injurious, not just to children and adults of color who read these scenes and phrases, but I would argue that they are harmful to white children and adults as well because they form the background scenery that says it’s okay to dehumanize others. Basically, it gives people like me (white people) an excuse to be jerks.

The Little House books by Laura Ingalls Wilder will always have a soft spot in my heart – they were the first non-Amelia Bedilia books I read on my own, they were books my mom loaned to me from her personal collection which felt really special, and I think I wanted to be as resilient and capable as Laura seemed to be. Frankly, you’ll pry my Mom’s tattered copies out of my cold dead hands... that is if she ever actually gives them to me at some point. However, just because I remember something fondly or enjoyed it immensely doesn’t mean that I need to keep celebrating and sharing it or keeping it on reading lists. I’m not saying take the books out of the library, for better or worst they are part of the canon of Americana and children’s literature, but maybe we can be judicious about why and when and how we share them.

I know there are a ton of parents and grandparents out there who want to share things that they love with the children in their lives, but maybe before you pass on a "classic" book that you loved, give it a revisit, especially if it's more than 40 or 50 years old. I have been majorly disappointed when re-reading some of my childhood favorites to find that many of them like Doctor Doolittle (African Prince who hates his skin and wishes to be white) or The Great Brain (anti-semitism against a Jewish storeowner), have some really gross parts. There are a ton of amazing books that have been published in the last 10 or 20 years to choose from that don’t have any racist or colonial overtones!

The good news is that everyone gets to make the choice for themselves. Want to read the Little House books with your kids? Cool, I guess, totally your choice. My suggestion would be to maybe read the books together and let it be a jumping off point for conversations about racism and native erasure. Not really feeling the Little House books right now but definitely into some historical fiction? Hooray! So many great choices out there! Your local librarian probably has some amazing suggestions, and guess what, so do I! 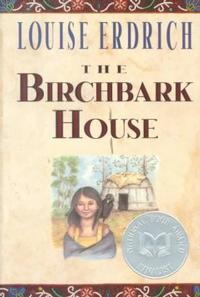 For starters, every librarian worth their salt would recommend Louise Erdrich’s The Birchbark House, the first in a five book series following the daily life of a young Ojibwa girl named Omakayas and her family in roughly the same time period as the Little House books. 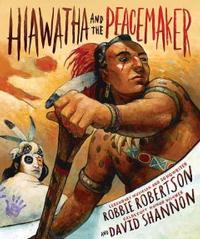 Another great choice would be Hiawatha and the Peacemaker by Robbie Robertson (yes, that Robbie Robertson from The Band.) This is a longer picture book about Hiawatha negotiating peace between different nations of Indigenous folks and creating a new way of governing. 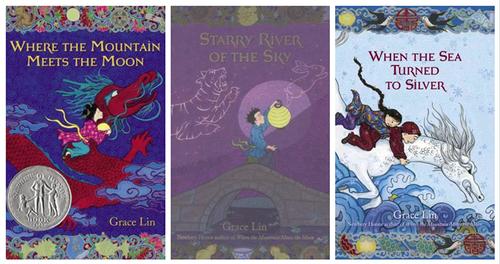 I also want to give a shout out to Grace Lin’s Chinese folklore inspired titles Where the Mountain Meets the Moon, Starry River of the Sky, and When the Sea Turned to Silver. These dreamy fantasy titles have all of the luscious descriptive qualities of a Little House book with 100% less racism.

Our perception of life and literature and everything changes over time – as my church-going Maya Angelou-loving friends like to say, "When you know better, you do better." So, now that we know better, what’s next? If, like me, you are actively trying really hard not to be a jerk going forward, here are some resources that might be helpful:

American Indians in Children’s Literature
Children’s literature scholar and tribally enrolled Nambe Pueblo, Dr. Debbie Reese, reviews books with Native content and basically keeps us all to a higher standard by highlighting amazing books, pointing out problematic works, and asking everyone to do better. This is my first stop when I have questions about Native representation in a book.

Raising Race Conscious Children
I know it's awkward and uncomfortable, but this website has your back with talking points and helpful ways to answer complicated questions that children may have about race.

Embrace Race
What I said above with booklists and more helpful and constructive advice.

Have more suggestions? Let me know in the comments! 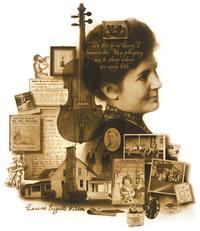