It's Valentine’s Day and I feel like this is the perfect time to indulge in a good imaginary romance. I don’t know about you but I love a good teen romance novel: I love the hijinks, I love angst of first love, I love the misunderstandings, and I love love love the unlikely happy endings. So if you’ve already maxed out all of the romantic comedies on the streaming service of your choice,  check out one of these swoony, romantic, and occasionally hilarious young adult books – sure to warm even the most jaded heart. 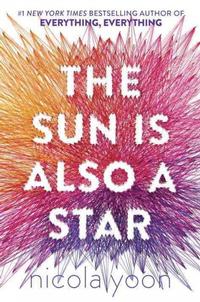 The Sun is Also A Star by Nicola Yoon
Natasha is a girl who believes in science and facts. Daniel has always been a good son and good student. But when he sees Natasha he forgets all that and believes there is something extraordinary in store for both of them. Soon to be a major motion picture – read it before it hits the screen this spring! 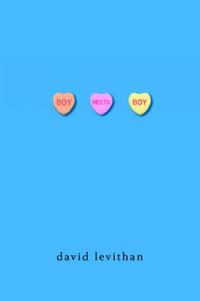 Boy Meets Boy by David Levithan
This is the story of Paul, a sophomore at a high school like no other: the cheerleaders ride Harleys, the homecoming queen used to be a guy named Daryl (she now prefers Infinite Darlene and is also the star quarterback), and the gay-straight alliance was formed to help the straight kids learn how to dance. When Paul meets Noah, he thinks he’s found the one his heart is made for. Until he blows it. The school bookie says the odds are 12-to-1 against him getting Noah back, but Paul’s not giving up without playing his love really loud. His best friend Joni might be drifting away, his other best friend Tony might be dealing with ultra-religious parents, and his ex-boyfriend Kyle might not be going away anytime soon, but sometimes everything needs to fall apart before it can really fit together right. This is a happy-meaningful romantic comedy about finding love, losing love, and doing what it takes to get love back in a crazy-wonderful world. 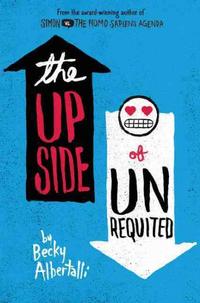 The Upside of Unrequited by Becky Albertalli
Seventeen-year-old Molly Peskin-Suso knows all about unrequited love. No matter how many times her twin sister, Cassie, tells her to woman up, Molly can't stomach the idea of rejection. So she's careful. Fat girls always have to be careful. Then a cute new girl enters Cassie's orbit, and for the first time ever, Molly's cynical twin is a lovesick mess. Meanwhile, Molly's totally not dying of loneliness—except for the part where she is. Luckily, Cassie's new girlfriend comes with a cute hipster-boy sidekick. If Molly can win him over, she'll get her first kiss and she'll get her twin back. There's only one problem: Molly's coworker, Reid. He's a chubby Tolkien superfan with a season pass to the Ren Faire, and there's absolutely no way Molly could fall for him. Right? 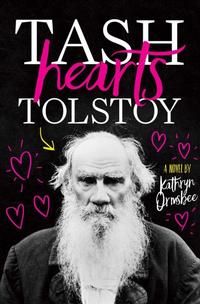 Tash Hearts Tolstoy by Katie Ormsbee
After a shout-out from one of the internet’s superstar vloggers, Natasha "Tash" Zelenka suddenly finds herself and her obscure, amateur web series, Unhappy Families, thrust in the limelight: She’s gone viral. Her show is a modern adaption of Anna Karenina—written by Tash’s literary love Count Lev Nikolayevich “Leo” Tolstoy. Tash is a fan of the forty thousand new subscribers, their gushing tweets, and flashy Tumblr GIFs. Not so much the pressure to deliver the best web series ever.
And when her show is nominated for a Golden Tuba award, Tash’s cyber-flirtation with Thom Causer, a fellow award nominee, suddenly has the potential to become something IRL—if she can figure out how to tell said crush that she’s romantic asexual. 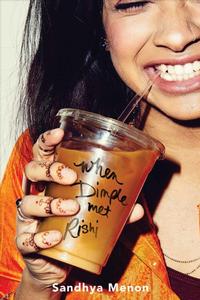 When Dimple Met Rishi by Sandhya Menon
Dimple Shah has it all figured out. With graduation behind her, she’s more than ready for a break from her family, from Mamma’s inexplicable obsession with her finding the "Ideal Indian Husband." Ugh. Dimple knows they must respect her principles on some level, though. If they truly believed she needed a husband right now, they wouldn’t have paid for her to attend a summer program for aspiring web developers…right? Rishi Patel is a hopeless romantic. So when his parents tell him that his future wife will be attending the same summer program as him—wherein he’ll have to woo her—he’s totally on board. Because as silly as it sounds to most people in his life, Rishi wants to be arranged, believes in the power of tradition, stability, and being a part of something much bigger than himself. The Shahs and Patels didn’t mean to start turning the wheels on this "suggested arrangement" so early in their children’s lives, but when they noticed them both gravitate toward the same summer program, they figured, Why not? Dimple and Rishi may think they have each other figured out, but when opposites clash, love works hard to prove itself in the most unexpected ways. 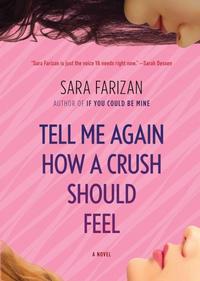 Tell Me Again How a Crush Should Feel by Sara Farizan
High school junior Leila's Persian heritage already makes her different from her classmates at Armstead Academy, and if word got out that she liked girls life would be twice as hard, but when a new girl, Saskia, shows up, Leila starts to take risks she never thought she would, especially when it looks as if the attraction between them is mutual, so she struggles to sort out her growing feelings by confiding in her old friends. 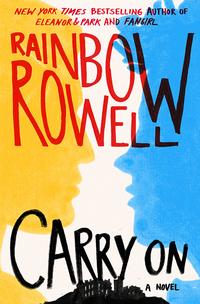 Carry On: The Rise and Fall of Simon Snow by Rainbow Rowell
Simon Snow is the worst chosen one who’s ever been chosen. That’s what his roommate, Baz, says. And Baz might be evil and a vampire and a complete git, but he’s probably right. Half the time, Simon can’t even make his wand work, and the other half, he sets something on fire. His mentor’s avoiding him, his girlfriend broke up with him, and there’s a magic-eating monster running around wearing Simon’s face. Baz would be having a field day with all this, if he were here—it’s their last year at the Watford School of Magicks, and Simon’s infuriating nemesis didn’t even bother to show up. This book is a ghost story, a love story, a mystery, and a melodrama, all mashed up. It has just as much kissing and talking as you’d expect from a Rainbow Rowell story—but far, far more monsters. 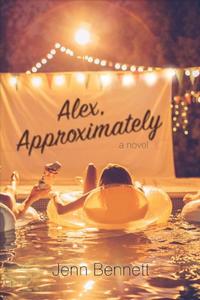 Alex, Approximately by Jenn Bennett
Classic movie fan Bailey “Mink” Rydell has spent months crushing on a witty film geek she only knows online as Alex. Two coasts separate the teens until Bailey moves in with her dad, who lives in the same California surfing town as her online crush. Faced with doubts (what if he’s a creep in real life—or worse?), Bailey doesn’t tell Alex she’s moved to his hometown. Or that she’s landed a job at the local tourist-trap museum. Or that she’s being heckled daily by the irritatingly hot museum security guard, Porter Roth—a.k.a. her new archnemesis. But life is a whole lot messier than the movies, especially when Bailey discovers that tricky fine line between hate, love, and whatever it is she’s starting to feel for Porter. And as the summer months go by, Bailey must choose whether to cling to a dreamy online fantasy in Alex or take a risk on an imperfect reality with Porter. The choice is both simpler and more complicated than she realizes, because Porter Roth is hiding a secret of his own: Porter is Alex…Approximately.

Hopefully one of these delightful stories will keep you warm in this chilly time of year. Have a favorite I missed – let me know in the comments! 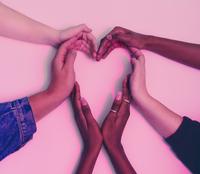 Check out one of these swoony, romantic, and occasionally hilarious Young Adult books for Valentine's Day!
1 Comment | Add a Comment
I feel very thankful that I could read that awesome article. The way you provide values through your article is incredible. Thanks for sharing. Keep posting. We also provide Hotmail & yahoo customer care services in USA & Canada. Feel free to contact us.
Kiomi Takada - Olean