The last decade has produced a number of amazing, award-winning, and celebratory graphic novels featuring figures from African American history. Here are a few of my favorites that I would love to suggest would make for great reads during Black History Month, or really any time! 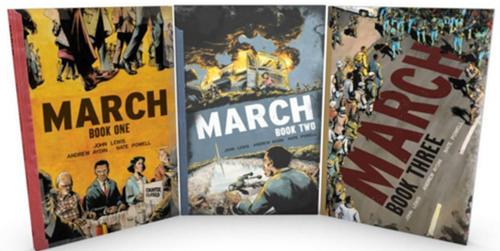 March Trilogy by Congressman John Lewis, Andrew Aydin, and illustrated by Nate Powell
March is a vivid first-hand account of John Lewis' lifelong struggle for civil and human rights, meditating in the modern age on the distance traveled since the days of Jim Crow and segregation. Rooted in Lewis' personal story, it also reflects on the highs and lows of the broader civil rights movement. Book One spans John Lewis' youth in rural Alabama, his life-changing meeting with Martin Luther King, Jr., the birth of the Nashville Student Movement, and their battle to tear down segregation through nonviolent lunch counter sit-ins, building to a stunning climax on the steps of City Hall. Book Two focuses on the Freedom Riders riding interstate buses inside the Deep South and the Birmingham Church Bombing in 1963, and in Book Three Lewis helps to guide the Student Nonviolent Coordinating Committee (SNCC) through a series of campaigns, including the Freedom Vote and Mississippi Freedom Summer. The movement to give voting rights to all people that resulted in various Selma to Montgomery marches came to a historic showdown with Bloody Sunday in Selma, Alabama. 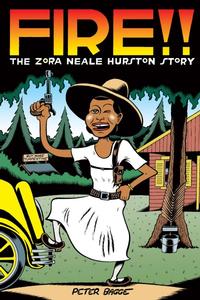 Fire!! The Zora Neal Hurston Story by Peter Bagge
Hurston challenged the norms of what was expected of an African American woman in early 20th century society. The fifth of eight kids from a Baptist family in Alabama, Hurston's writing prowess blossomed at Howard University, and then Barnard College, where she was the sole black student. She arrived in NYC at the height of the Harlem Renaissance and quickly found herself surrounded by peers such as Langston Hughes and Wallace Thurman. Hurston went on to become a noted folklorist and critically acclaimed novelist, including her most provocative work Their Eyes Were Watching God. Despite these landmark achievements, personal tragedies and shifting political winds in the midcentury rendered her almost forgotten by the end of her life.

Strange Fruit Volume 1: Uncelebrated Narratives from Black History by Joel Christian Gill
A collection of stories from African American history that exemplifies success in the face of great adversity. This unique graphic anthology offers historical and cultural commentary on nine uncelebrated heroes whose stories are not often found in history books. Among the stories included are: Henry 'Box' Brown, who escaped from slavery by mailing himself to Philadelphia; Alexander Crummel and the Noyes Academy, the first integrated school in America, established in the 1830s; Marshall 'Major' Taylor, a.k.a. the Black Cyclone, the first Black champion in any sport; and Bass Reeves, the most successful lawman in the Old West. Written and illustrated by Joel Christian Gill, the diverse art beautifully captures the spirit of each remarkable individual and opens a window into an important part of American history. 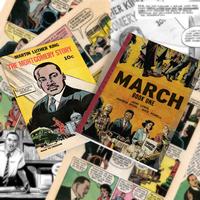