Celebrate the coming of Spring with new fantasy fiction for teens and adults, memoirs by culinary celebrities, a film about the ground-breaking career of Supreme Court Justice Ruth Bader Ginsburg, and a guide to help kids build self-confidence. These new titles are coming in April to a neighborhood library near you! 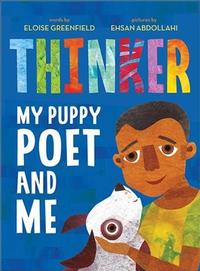 Thinker: My Puppy Poet and Me by Eloise Greenfield, illustrated by Ehsan Abdollahi
Seven-year-old Jace and his puppy, Thinker, are poets, putting everything they do into verse, from going to the park to philosophizing to playing ball. One day, they'll have the whole world figured out, but for now, Thinker has to keep quiet in public. And he can't go to school with Jace for fear he might recite a poem in front of Jace's classmates. But when Pets' Day comes, and Thinker is allowed into the classroom at last, he finds it harder than he expected to keep his rhyming skills a secret. 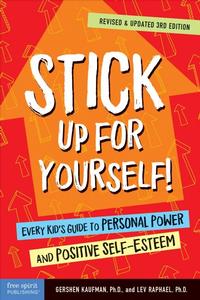 Stick Up for Yourself!: Every Kid's Guide to Personal Power and Positive Self-Esteem by Gershen Kaufman and Lev Raphael
This is easy-to-read guide for children ages nine to thirteen will help them navigate relationships with the people in their lives, while learning to build a sense of inner security and self-confidence. Now in its 3rd edition, the guide has been updated to include newer topics such as safety when using social media. Can be read alone or used in a group setting. 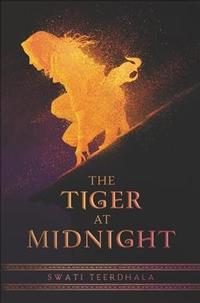 The Tiger at Midnight by Swati Teerdhala
Esha lost everything in the royal coup and as the legendary rebel known as the Viper, she’s made the guilty pay. Now she’s been tasked with her most important mission to date: taking down the ruthless General Hotha. Kunal has been a soldier since childhood. His uncle, the general, has ensured that Kunal never strays from the path—even as a part of Kunal longs to join the outside world, which has only been growing more volatile. When Esha and Kunal’s paths cross one fated night, an impossible chain of events unfolds. Both the Viper and the soldier think they’re calling the shots, but they’re not the only players moving the pieces. As the bonds that hold their land in order break down and the sins of the past meet the promise of a new future, both the soldier and the rebel must decide where their loyalties lie: with the lives they’ve killed to hold on to or with the love that’s made them dream of something more. 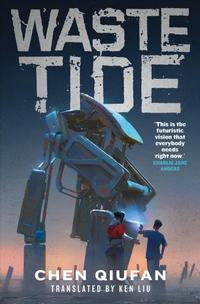 Waste Tide by Chen Qiufan
Mimi is drowning in the world's trash. She's a waste worker on Silicon Isle, where electronics—from cell phones and laptops to bots and bionic limbs—are sent to be recycled. These amass in towering heaps, polluting every spare inch of land. On this island off the coast of China, the fruits of capitalism and consumer culture come to a toxic end. Mimi and thousands of migrant waste workers like her are lured to Silicon Isle with the promise of steady work and a better life. They're the lifeblood of the island's economy, but are at the mercy of those in power. A storm is brewing, between ruthless local gangs warring for control, ecoterrorists set on toppling the status quo, American investors hungry for profit, and a Chinese-American interpreter searching for his roots. As these forces collide, a war erupts: between the rich and the poor; between tradition and modern ambition; between humanity's past and its future. Mimi, and others like her, must decide if they will remain pawns in this war or change the rules of the game altogether. 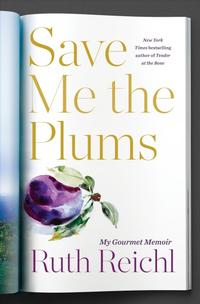 Save Me the Plums: My Gourmet Memoir by Ruth Reichl
Trailblazing food writer and beloved restaurant critic Ruth Reichl took the risk (and the job) of a lifetime when she entered the glamorous, high-stakes world of magazine publishing. Now, for the first time, she chronicles her groundbreaking tenure as Editor-in-Chief of Gourmet, during which she spearheaded a revolution in the way we think about food. 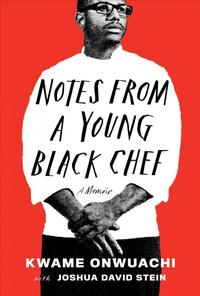 Notes from a Young Black Chef by Kwame Onwuachi
Having been raised partly in the Bronx and partly in Nigeria, Kwame Onwuachi opened his first catering company with $20,000 he made selling candy on the subway, then went on to become a Top Chef star, as well as a Forbes and Zagat "30 Under 30" honoree who has cooked twice at the White House. He's now executive chef at Kith and Kin in Washington, DC. Unfortunately, though, the world of classy eats isn't always easy on people of color. With the help of author/journalist Joshua David Stein, Onwuachi shares his highs and lows—and recipes, too.

On the Basis of Sex starring Felicity Jones, Armie Hammer, and Justin Theroux | directed by Mimi Leder (release date April 9, 2019)
The life of Ruth Bader Ginsburg didn't start in the Supreme Court. A portrait of Justice Ginsburg's early years, this film dates back to her law school days and her first major sexism case. She teams up with her husband Marty to bring a groundbreaking case before the U.S. Court of Appeals and overturn a century of gender discrimination. Follow the many steps Ginsburg had to take and the many uphill battles she had to win from Harvard Law School to the U.S. court system, ultimately proving that a woman can know the law and act upon it as fairly and impartially as any man. Her personal and professional struggles for equal rights between men and women have defined American history and freedom like few events in our country's existence. A piece of a larger story, this film traces Justice Ginsburg’s extraordinary relationships as much as her unparalleled career. 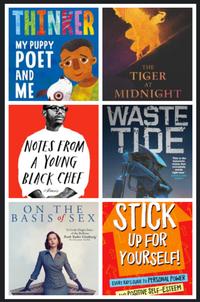 Check out these new titles available in April at a neighborhood library near you!
Add a Comment