Created by Philadelphia-based artist Colette Fu exclusively for the Free Library—in partnership with the City of Philadelphia’s Percent for Art Program, which sits within Philadelphia’s Office of Arts, Culture and the Creative Economy—a series of eight striking tunnel books pays homage to the six stories of historic stacks that were dismantled in order to open up Parkway Central’s newest public spaces.

Tunnel books are historical, accordion-like book forms that consist of parallel layers of cut paper that, when viewed from the front, create a multi-dimensional scene. But the tunnel books Fu created for Parkway Central are as modern as the space in which they reside. 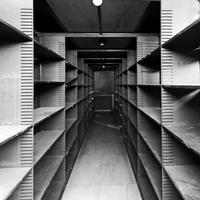 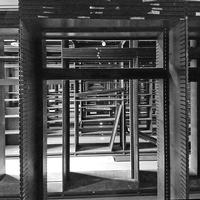 Inspired by a series of photographs that Fu took of the historic stacks before their removal from the library, each of the unique tunnel books consists of laser-cut frosted acrylic layers that create a complex and playful design mimicking the paper of tunnel books of old. On the face of each of the tunnel books is a frame constructed using fragments of the original metal stacks shelving system, which Fu personally salvaged following their dismantling. 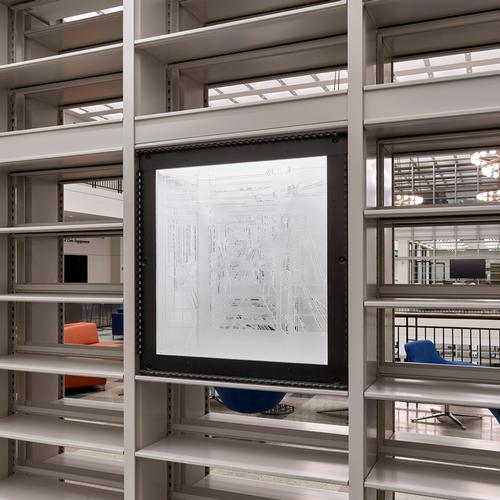 In creating these works of art, Fu’s purpose was three-fold: "My hope is to first, emphasize that there is a line of continuity in the book form as it moves from more historic book forms, including movable books to modern day tablets, cellphones, and e-readers. Second, I want to give visibly to the field of book arts and to show that a book can possess interesting qualities beyond its text, specifically through printing methods, paper choice, and the binding. Lastly, I wanted to commemorate the book, the library, the artist book, Philadelphia, and most of all the stacks that were permanently removed from the library."

Following years of planning and renovation, the Free Library is set to open reimagined spaces in the Parkway Central Library with a grand opening celebration – where you can see Colette Fu’s work on display for the first time – set for April 12-14! 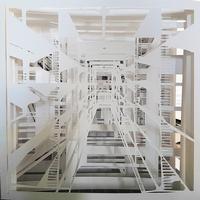