May the 4th Be With You | Star Wars Fiction

This Saturday marks that most intergalactic of wordplay holidays... May the 4th Be With You!

Did you know that "Star Wars Fiction" is a subject heading in our online catalog? It’s hundreds of pages of items in our collections, which I for one think is AMAZING! We have everything from easy readers and picture books for young readers, to graphic novels and manga, to long form fiction origin stories and post-film canon. Not that I play favorites with books, but if I did here are some of the titles I might point to: 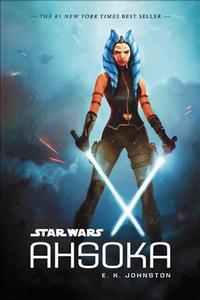 Ahsoka by E.K. Johnston
Fans have long wondered what happened to Ahsoka after she left the Jedi Order near the end of the Clones Wars, and before she re-appeared as the mysterious Rebel operative Fulcrum in Rebels. Finally, her story will begin to be told. Following her experiences with the Jedi and the devastation of Order 66, Ahsoka is unsure she can be part of a larger whole ever again. But her desire to fight the evils of the Empire and protect those who need it will lead her right to Bail Organa, and the Rebel Alliance. 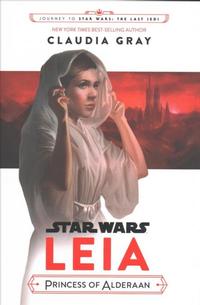 Leia, Princess of Alderaan by Claudia Gray
This is the story of how Leia Organa comes to join the Rebellion. Sixteen-year-old Princess Leia has been taking rigorous survival courses, practicing politics, and spearheading relief missions to worlds under Imperial control so that she becomes formally named heir to the throne of Alderaan. When her parents begin acting strange, sixteen-year-old Princes Leia sets out to uncover their secrets, putting her in the path of the watchful Empire. She finds herself facing the choice of dedicating herself to the people of Alderaan, including the man she loves, or to the galaxy at large, which is in desperate need of a rebel hero.

Rebel Rising by Beth Revis
When Jyn Erso was five years old, her mother was murdered and her father taken from her to serve the Empire. She was taken in by Saw Gerrera, a man willing to go to any extremes necessary in order to resist Imperial tyranny. Jyn dedicates herself to the rebel cause, and to Saw. When she faces an unthinkable betrayal that shatters her world, Jyn will have to pull the pieces of herself back together and figure out what she truly believes in—and who she can really trust.

Did I miss your favorite book of fiction set in the Star Wars universe? Let me know in the comments!

Check out these books of fiction set in the Star Wars universe and... #MayThe4thBeWithYou
Add a Comment