The unofficial start of the summer season begins again this Memorial Day weekend and there will certainly be plenty of activities available for your attention, including all the new blockbusters and cineplexes ready to bombard your senses. As seems to be the norm nowadays, there will be a plethora of sequels, reboots, and adaptations. As of this writing, the following blockbuster-summer-movies-before-summer-has-actually-arrived have already premiered: Captain Marvel, Shazam!, Avengers: Endgame, Pokémon: Detective Pikachu, and John Wick: Chapter 3 - Parabellum.

But wait!—there also seems to be a good amount of new and somewhat original films screening over the new few months for a change of pace, from biopics and post-horror to dramedies and pseudo-documentaries, to name just a few!

No matter what your interests, whether just a respite from the heat and something to wile away a couple hours or taking a chance on some more nuanced and different cinematic flare, here's just a sample of what's screening in movie theaters this summer: 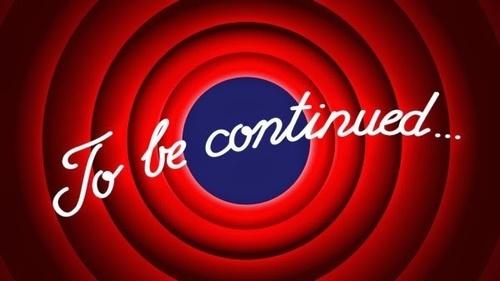 Godzilla: King of the Monsters (May 31)
The main monster title bout of the summer.. or perhaps all-time!

The Secret Life of Pets 2 (June 7)
The pets head out on another adventure after their owners leave, hijinx ensue, and tears are shed (by both characters and audience members).

Toy Story 4 (June 21)
The toy gang head out on another adventure, hijinx ensue, and tears are shed (by both characters and audience members).

Spider-Man: Far From Home (July 2)
♫ Spider-Man, Spider-Man, he's taking over for Iron Man
Spins a web any size, visits England and beats up bad guys
Look out, here comes the next Spider-man sequel! ♫

Fast & Furious Presents: Hobbs & Shaw (August 2)
Set two years after the events of The Fate of the Furious, Dwayne Johnson and Jason Statham star in this buddy cop action flick that is sure to have tons of physically impossible car chases and stunts.

Angry Birds 2 (August 16)
The angry birds and equally angry pigs from the first film must team up to fight off another angry anthropomorphized animal.

Angel Has Fallen (August 23)
The third film in the Olympus Has Fallen film series, Secret Service Agent Mike Banning (Gerard Butler) is framed for assassination attempt on the president and must clear his name. 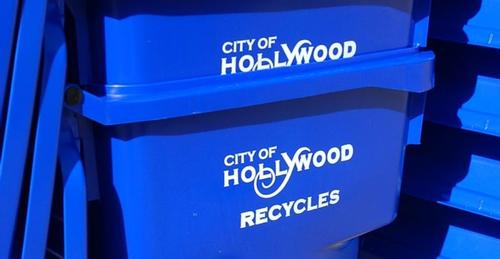 Aladdin (May 24)
One of two live-action remakes from the house of Mouse this summer, with Will Smith in the role of the jolly blue genie.

Shaft (June 14)
None other than Samuel L. Jackson stars as John Shaft Jr. in this reboot of the 70s crime action classic.

The Lion King (July 19)
This 2nd live-action Disney remake takes us back to the jungle, which still has talking animals living in it.

The Sun Is Also a Star (May 17)
The adaptation of Nicola Yoon's YA modern romance novel.

Dark Phoenix (June 7)
The next X-Men movie in the franchise, this time taking the story arc from the Dark Phoenix Saga, written by comics legend Chris Claremont.

Dora and the Lost City of Gold (July 31)
Loosely based off the popular children's book and television series, Dora the Explorer, this action adventure is set in a very Indiana Jones-meets-Laura Croft type world.

Scary Stories to Tell in the Dark (August 9)
Based on the infamous children's books from author Alvin Schwartz, with nightmarish illustrations from Stephen Gammell, this big screen adaptation is sure to...well, scare you in the dark (theater)! Monster and myth maker himself Guillermo del Toro was also involved with the screenplay, so nuff said!

Where'd You Go, Bernadette (August 16)
Based on the bestselling book by Maria Semple, the story of a mother who sets out to disappear ad rediscover herself. 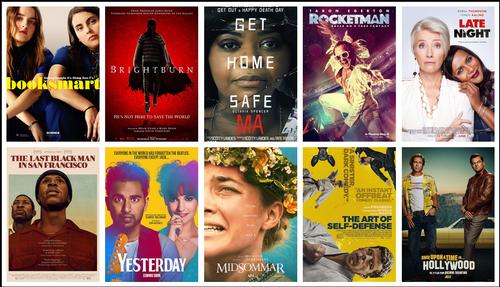 Booksmart (May 24)
The tagline for this movie says it all: Getting Straight A's. Giving Zero F's.

Ma (May 31)
Octavia Spencer stars in this psychological horror-thriller about friendship gone awry.

Rocketman (May 31)
Musical biopic of one of the most influential and celebrated singer, songwriter, musician, and performers to ever take the stage—Elton John.

The Last Black Man in San Francisco (June 7)
A young man searches for home in a changing city that seems to have left him and his family behind.

Yesterday (June 28)
What if you woke up tomorrow and no one in the world knew who The Beatles were except for you and you stole all their songs and became a huge star? This weird wish-fulfillment film is either one of the more original ideas I have heard of recently or the dumbest.

The Art of Self-Defense (July 12)
A man is attacked at random on the street. He then enlists at a local dojo, led by a charismatic and mysterious Sensei, in an effort to learn how to defend himself. It's a comedy!

Once Upon a Time in Hollywood (July 26)
Director Quentin Tarantino's 9th film, a pseudo-docu-drama set in 1969 Hollywood, where a washed-up movie star crosses paths with Charles Manson.

If all of the above isn't enough for your viewing pleasure, here's everything else screening in the next few months!

Or if a video montage is more your speed, click play!

But the movie madness doesn't just end at your local theater—you can always catch a flick at a neighborhood library near you! We have almost 100 film screenings throughout this upcoming summer season alone! Or search our catalog and borrow some movies to watch at home, whether it's an old favorite, a brand new hit, or a new-to-you or forgotten gem that you want to see. Lastly, you can also stream thousands of films in all genres through two of our most popular Digital Media resources, Hoopla and Kanopy!

No matter what season it is or what movie you want to see, your Free Library card is the only ticket you need!

What movies are you looking forward to seeing this summer? Let us know in the comments below!