June is LGBTQ+ Pride Month with lots of Free Library of Pride events scheduled! We recommend these new children’s, teen, and adult fiction titles, coming to a neighborhood library near you, that explore gender, sexuality, and the LGBTQ+ movement. Or consider a collection of stories about the decline and transformation of an isolated culture in Papua New Guinea, or a new comedy film starring Matthew McConaughey that reviewers either love or hate. How can you resist all of that? 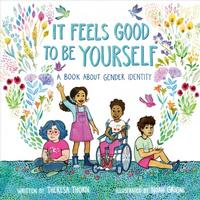 It Feels Good to Be Yourself: A Book About Gender Identity written by Theresa Thorn and illustrated by Noah Grigni
A picture book that introduces the concept of gender identity to the youngest of readers. Some people are boys. Some people are girls. Some people are both, neither, or somewhere in between. This sweet, straightforward exploration of gender identity will give children a fuller understanding of themselves and others. With child-friendly language and vibrant art, this book provides young readers and parents alike with the vocabulary to discuss this important topic with sensitivity. 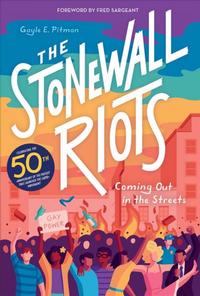 The Stonewall Riots: Coming Out in the Streets by Gayle E. Pitman
Profusely illustrated, this book includes contemporary photos, newspaper clippings, and other period objects describing American gay history leading up to the Riots, the Riots themselves, and the aftermath. A timely and necessary read that helps readers understand the history and legacy of the LGBTQ+ movement. 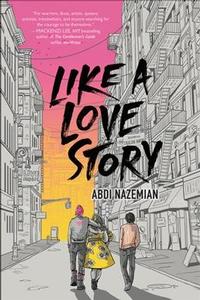 Like a Love Story by Abdi Nazemian
It’s 1989 in New York City, and for three teens, the world is changing. Reza is an Iranian boy who has just moved to the city with his mother to live with his stepfather and stepbrother. He’s terrified that someone will guess the truth he can barely acknowledge about himself. Reza knows he’s gay, but all he knows of gay life are the media’s images of men dying of AIDS. Judy is an aspiring fashion designer who worships her uncle Stephen, a gay man with AIDS who devotes his time to activism as a member of ACT UP. Judy has never imagined finding romance... until she falls for Reza and they start dating. Art is Judy’s best friend, their school’s only out and proud teen. He’ll never be who his conservative parents want him to be, so he rebels by documenting the AIDS crisis through his photographs. As Reza and Art grow closer, Reza struggles to find a way out of his deception that won’t break Judy’s heart—and destroy the most meaningful friendship he’s ever known. 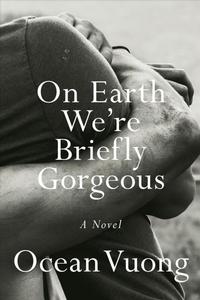 On Earth We're Briefly Gorgeous by Ocean Vuong
This book is a letter from a son to a mother who cannot read. Written when the speaker, Little Dog, is in his late twenties, the letter unearths a family’s history that began before he was born — a history whose epicenter is rooted in Vietnam — and serves as a doorway into parts of his life his mother has never known, all of it leading to an unforgettable revelation. At once a witness to the fraught yet undeniable love between a single mother and her son, it is also a brutally honest exploration of race, class, and masculinity. Asking questions central to our American moment, immersed as we are in addiction, violence, and trauma, but undergirded by compassion and tenderness, this book is as much about the power of telling one’s own story as it is about the obliterating silence of not being heard. 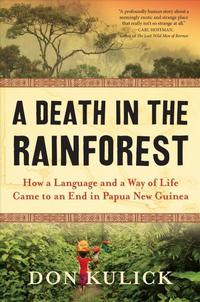 A Death in the Rainforest: How a Language and a Way of Life Came to an End in Papua New Guinea by Don Kulick
Swedish linguistic anthropologist Don Kulick first went to the tiny jungle village of Gapun in Papua New Guinea over thirty years ago, learning their way of life so that he could study how their native language, Tayap-spoken only there, was dying. These are fascinating, readable stories of what the people who live in that village eat, how they sleep; how villagers discipline their children, how they joke, argue, and swear at one another. Kulick tells us how villagers worship, and how they die. Finally, though, this is an illuminating look at the impact of white culture on the farthest reaches of the globe and the story of why this anthropologist realized that he had to leave and give up his study of this language 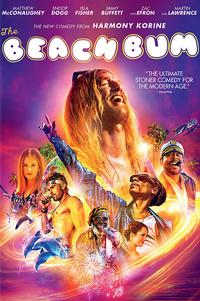 The Beach Bum | Starring: Matthew McConaughey, Snoop Dogg, Isla Fisher, Stefania Owen, Martin Lawrence, Zac Efron, and Jonah Hill | directed by Harmony Korine
(Release date 6/18/2019)
Moondog (Matthew McConaughey) is a rebellious stoner who always lives his life by his own rules and on his own terms. His hilarious hijinks and his sketchy circle of friends often find him in the midst of misadventures. Moondog works hard to find peace with being a rogue and at staying true to his beloved beach bum lifestyle. This movie is a refreshingly original and subversive new comedy that explores Moondog's reason for being. 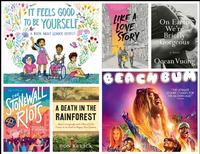 Check out these new titles available in June at a neighborhood library near you!
Add a Comment