Talking animals, pigs rising to power, a full-fledged government on a farm, and a revolution against an alcoholic farmer serve as the backdrop of George Orwell’s 1945 novel Animal Farm.

Confused? Trust me, there’s far more to the story.

Orwell was a British writer who strongly opposed dictatorship, extreme control over public and private life, and social injustice. And, unsurprisingly, his work centered on these ideas, full of complicated themes and plot turns that highlight the extreme consequences of these governmental practices. Orwell’s writing is littered with political commentary, from criticizing the governmental rule of his time to fearing the twists of the future.

Animal Farm works as an allegorical tale. In other words, it should not be interpreted literally—there is hidden meaning behind each element of the story. Animal Farm, in broad strokes and whittled down to the simplest of ideas, shows how revolution can result in a brutal and oppressive tyranny.

But, Orwell’s fable is more specific, touching on actual historical happenings of his time. The story mirrors what led to the Russian Revolution in 1917, the subsequent creation of the Soviet Union, and its rule under Joseph Stalin. Each character symbolizes a specific player in these political events.

And remember that as a satire, Animal Farm is feeding the reader particular ideas formed by Orwell. Ideas are easy to swallow and repeat without understanding the complex nuances of history—a concept that Orwell would highlight in his other famous novel, 1984.

It would probably be wrong to not mention more about 1984 by Orwell. In this story, the population of the nation Oceania is haunted by these words: "Big Brother is Watching You." History is created and rewritten in the present, doublethink fills the minds of the population, and thoughtcrime is not tolerated.

Confused? I’d suggest picking up 1984 and exploring one of the best dystopian stories of all time. There’s nothing quite so worrisome, and unsettlingly relevant, as this novel. For this story, you may just need the context of today’s world and the role of technology, especially in the form of social media and the internet. 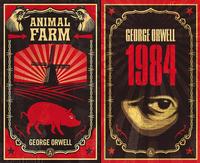 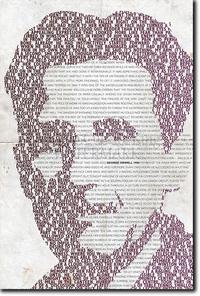