What do you like to read in the summer? Do you prefer fiction that takes you out of yourself and your surroundings? Or do you like to read about a real person or event to learn something new about your world? Our July suggested titles cover the bases of fantasy and fact and will get you started on your summer in good company. They’re all available though our catalog and at a neighborhood library near you! 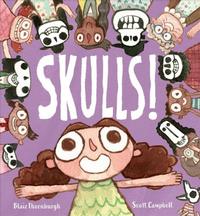 Skulls! written by Blair Thornburgh, illustrated by Scott Campbell
You probably don’t think much about skulls. So what’s the big deal about them? Well, every head of every person you’ve ever seen has a skull inside. And that includes YOU! This smart, skull-positive story cheerfully dispels any fears kids might have about their skeletons, flipping our view of skulls from a spooky symbol to a fascinating, cool, and crucial part of our bodies. 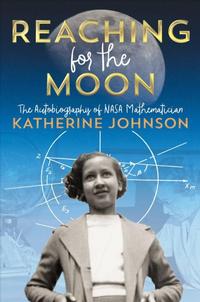 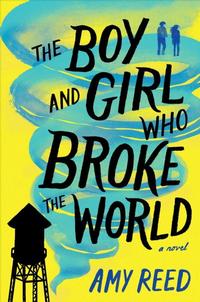 The Boy and Girl Who Broke the World by Amy Reed
When the lives of two loners are thrust together, Lydia’s cynicism is met with Billy’s sincere optimism, and both begin to question their own outlook on life. On top of that, weird happenings including an impossible tornado and an all-consuming fog are cropping up around them—maybe even because of them. And as the two grow closer and confront bigger truths about their pasts, they must also deal with such inconveniences as a narcissistic rock star, a war between unicorns and dragons, and eventually—of course—the apocalypse. 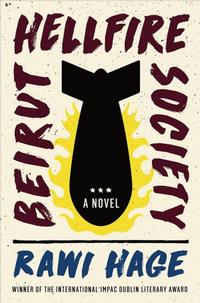 Beirut Hellfire Society by Rawi Hage
On a ravaged street overlooking a cemetery in Beirut's Christian enclave, we meet an eccentric young man named Pavlov, the son of a local undertaker. When his father meets a sudden and untimely death, Pavlov is approached by a colorful member of the mysterious Hellfire Society—an anti-religious sect that, among many rebellious and often salacious activities, arranges secret burial for outcasts who have been denied last rites because of their religion or sexuality. Pavlov agrees to take on his father's work for the society, and over the course of the novel he becomes a survivor-chronicler of his embattled and fading community at the heart of Lebanon's civil war. His new role introduces him to an unconventional cast of characters, including a father searching for his son's body, a mysterious woman who takes up residence on Pavlov's stairs after a bombing, and the flamboyant head of the Hellfire Society, El-Marquis. Deftly combining comedy with tragedy, gritty reality with surreal absurdity, this book asks: "What, after all, can be preserved in the face of certain change and imminent death?" The answer is at once propulsive, elegiac, outrageous, profane, and transcendent—and a profoundly moving fable on what it means to live through war. 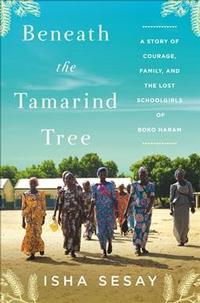 Beneath the Tamarind Tree: A Story of Courage, Family, and the Lost Schoolgirls of Boko Haram by Isha Sesay
When Boko Haram kidnapped 276 schoolgirls from a government secondary school in the Nigerian town of Chibok in 2014, then CNN anchor Sesay led the team that covered the story and won a Peabody Award for its efforts. Later, she accompanied 21 girls released in 2016. Here she chronicles the kidnapping itself, and the stumbling government response, while portraying the aspirations and experiences of some of the girls she met. 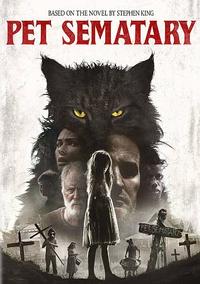 Pet Sematary | Starring: Jason Clarke, John Lithgow, Amy Seimetz, and Alyssa Brooke Levine | Directed by Kevin Kölsch and Dennis Widmyer (Release date July 9, 2019)
A bone-chillingly effective new remake based on Stephen King's classic horror novel and the 1989 film adaptation. Louis Creed and his wife Rachel relocate with their two young children from Boston to rural Maine.  In the forests of Maine, Ellie Creed discovers a mysterious Native American burial ground that has a strange property—things buried on this magical/cursed plot of ground can come back to life. But they don't always come back the right way. Ellie tells her father about the burial ground. But when her brother, Gage, is killed by a truck, her father makes a deadly decision that unleashes an unspeakable evil with horrific consequences. 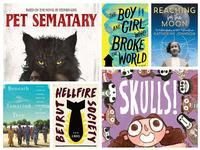 Check out these new titles available in July at a neighborhood library near you!
Add a Comment